Things To Know About Cerebral Palsy

Cerebral Palsy is a neurological condition that affects movement. It is the most common motor disability in children and can affect 1 in 500 newborns around the world. This World Cerebral Palsy Day, here are 9 things you need to know about this common movement disorder.

There Are Several Types of Cerebral Palsy

Cerebral Palsy occurs when there is damage to the cerebrum or upper part of the brain. The cerebrum is responsible for memory, ability to learn, and communication skills. The three causes that can lead to Cerebral Palsy at the time of birth are:
Periventricular leukomalacia (PVL): damage to the brain due to lack of oxygen
Abnormal development of the brain during the first 6 months of pregnancy
Intracranial haemorrhage or stroke in the fetus.
Specific causes of Cerebral Palsy in most children is unknown. But some cases are caused due to brain damage more than 28 days after birth. This is called acquired Cerebral Palsy.

Cerebral Palsy Is NOT an Intellectual Disability

What Can Increase the Chances of Cerebral Palsy in a Newborn?

Most cases of Cerebral Palsy is caused because of brain damage that happened before or during birth. The following factors can increase the risk for Cerebral Palsy:

Symptoms of Cerebral Palsy may differ in different people based on the location of the brain injury. However, common symptoms include:

Cerebral Palsy May Often Be Difficult to Diagnose

Cerebral Palsy exhibits symptoms like seizures and lack of coordinated movement. However, a majority of such cases are usually dismissed as a brain injury, until seizures show up more often and then diagnosed as Cerebral Palsy.
Similarly, uncontrollable spasmodic movements may also have been caused due to movement disorders, or something like acid reflux, ear infection or side effect of a medication. Thereby, it becomes difficult to diagnose Cerebral Palsy correctly, especially in non-verbal children.
Most children are diagnosed by the age of 3. However, you can watch out for these early signs of Cerebral Palsy in your child:

In a baby older than 6 months of age:

In a baby older than 10 months of age:

Crawls in a lopsided manner, pushing off with one hand and leg while dragging the opposite hand and leg
Moves around on buttocks or hops on knees, but does not crawl on all fours

People With Cerebral Palsy Can Be Independent 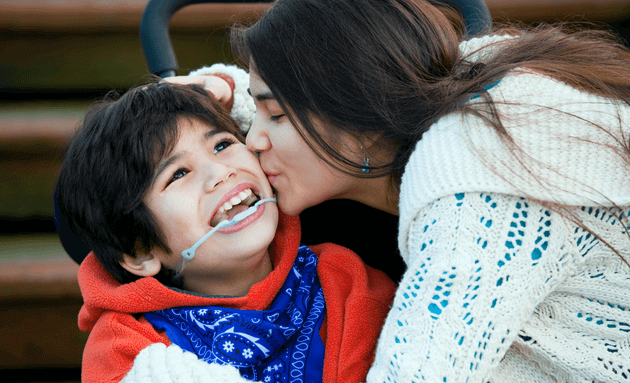 Largely due to the media’s description of the condition, there are pervasive misconceptions about Cerebral Palsy. It is often referred to as a “disease”, mistaken as genetic or progressive, and stigmatise people living with it. Cerebral Palsy is like any other medical condition. This World Cerebral Palsy Day, let’s educate ourselves about it and help reduce the stigma around it.
Tags
Diseases & Conditions
Related Article