Some people say that a rich person isn’t the one who has a lot, but the one who has enough. But even from this point of view, not everyone can say about themselves, “I’m rich.” It mostly happens that a person does their best to become rich, but fails. Sometimes, external circumstances interfere, but more often, the problem is with ourselves.

We at Bhaskar Health tried to understand how rich people are different from others (except for the amount of money they have), and we found several obvious signs that can help determine that a person isn’t on the right path to make a fortune.

They buy things they can’t afford. 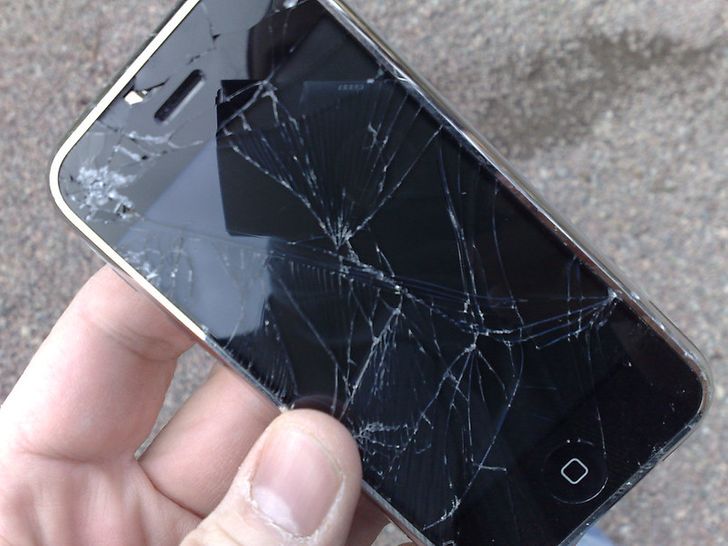 “If you can’t buy it twice, you can’t afford it” is a saying popularly attributed to musician and billionaire, Jay-Z, in an interview. This rule applies to all purchases except real estate. If the smartphone you are thinking about buying, which is equal to your monthly salary, suddenly gets broken, you’ll hardly be able to buy the same one the next day.

They’ve only heard about a safety cushion, but have never experienced it. 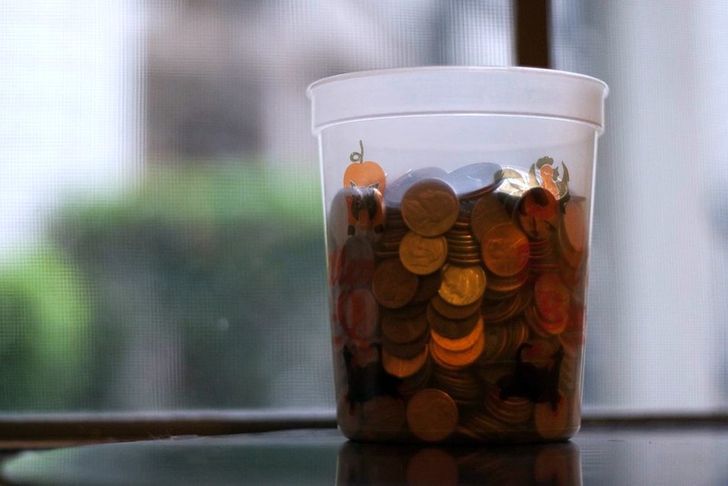 Having some money left that will help you live for a couple of months in an emergency situation is one of the signs of a person who has built up a good relationship with money. But a person who is forced to go into debt during any unexpected situation isn’t ready to get rich. You can follow the advice of Warren Buffett to build your savings, “Don’t save what is left after spending, but spend what is left after saving.”

They buy pleasure on credit. 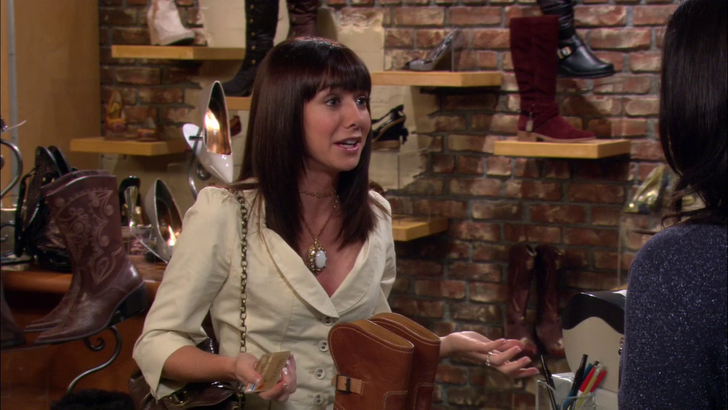 © How I Met Your Mother / 20th Century Fox Television

A vacation you paid for with a credit card is a clear sign that something is wrong with your finances. There’s no doubt that a person needs to take a break and relax from time to time, but going into debt for it is a bad idea, because you’ll have to pay off your debt for this vacation instead of saving money for the next one. One of the Founding Fathers of the United States, Thomas Jefferson, advised that one should not spend their money before they have it. Although in his time, there were no credit cards, but there were still more than enough opportunities to go into debt.

They often throw away excess food. 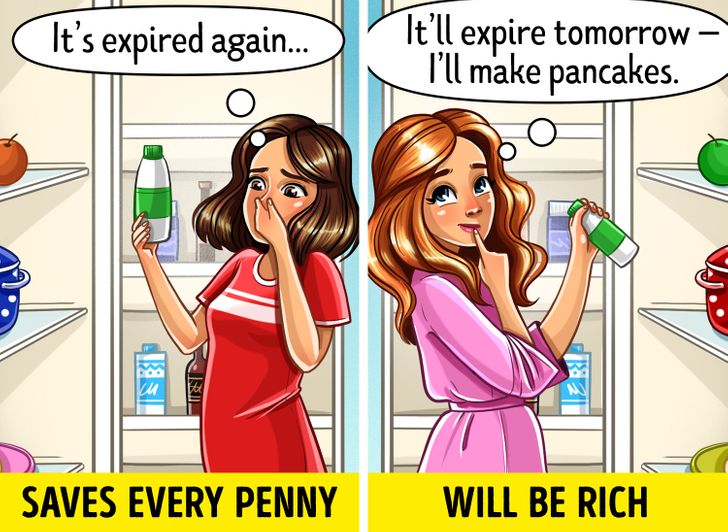 If a person regularly throws out spoiled food in the trash, this means that they have a problem, even when it comes to planning their menu several days in advance. Products constitute a significant expense — in fact, you’re throwing your money away in the trash. 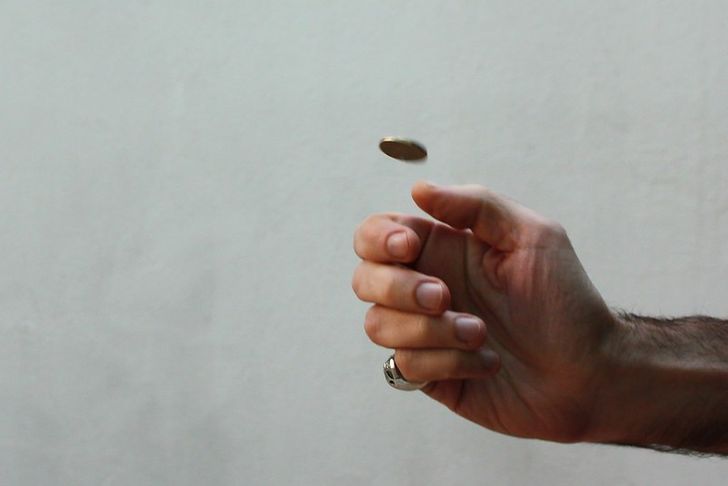 “How many millionaires do you know who have become wealthy by investing in savings accounts?” businessman Robert Allen once asked. If you continue doing what you’re already doing, you’ll get the same results. This doesn’t mean that you have to spend half of your salary on lottery tickets, and that the rest should be invested in dubious stocks. But avoiding any risks and hoping to spend your whole life in a comfort zone is one of the best ways to not get rich. 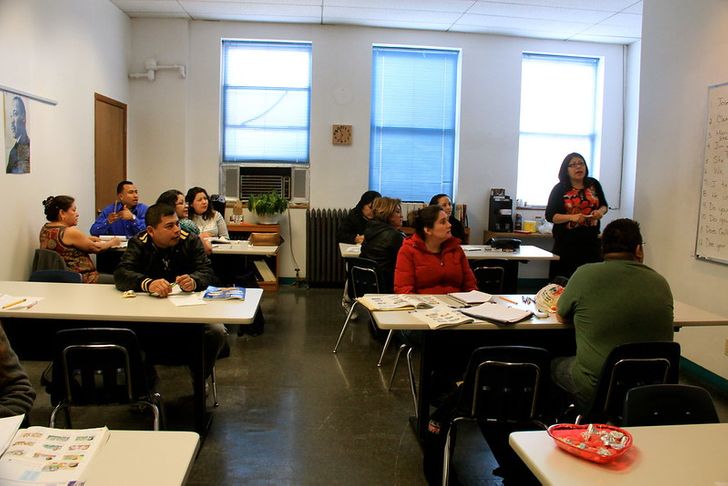 The world is changing at an incredible rate, and you have to run just to stay in place. If you regularly don’t spend time and money on acquiring and improving your professional skills, in the best case scenario, you’ll be able to maintain your current income level, but you’ll have to forget about wealth. When Elon Musk was asked how he learned to build rockets, he said, “I read books.”

Writer and salesman, Zig Ziglar, once said, “Rich people have small TVs and big libraries, and poor people have small libraries and big TVs.” There are activities that are considered recreational but, in fact, they just waste your time like computer games, entertaining videos, scrolling through social networks, and hanging out in bars. These activities may be a sign that you’re not interested in your life.

They spend their free time on household chores.

Cleaning and cooking are activities that are hard to avoid, but it’s wrong to spend too much time on them. There are only 24 hours in a day, and after sleep and going to work, you have only 5-6 free hours at best. If you spend them on dusting, making soup, and roasting chicken, there’ll be no time left to improve your life. And when our time is worth more than the services of professionals, it’s more profitable to delegate household chores to them.

They don’t try to earn more. 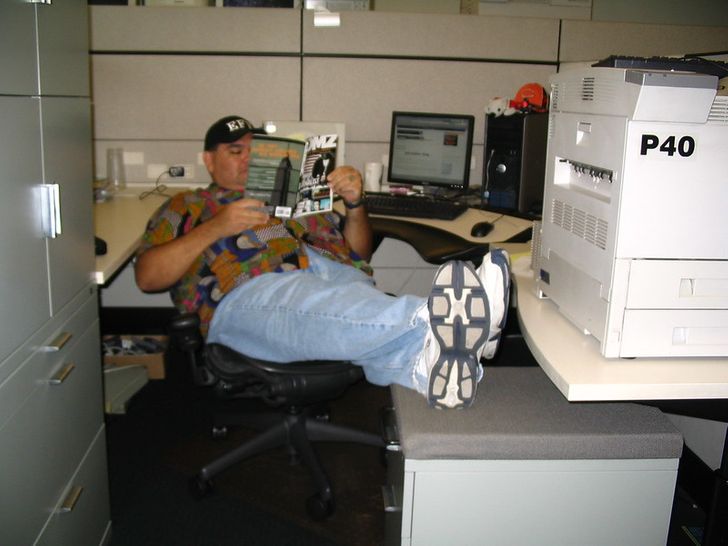 Not everyone has the opportunity to completely change their line of work and start to earn more at the same time, but even people with the same occupation can have salaries that are starkly different from each other. And if your salary isn’t among the highest in your professional field, you may be doing something wrong. The CEOs of big companies assure that they’re ready to meet their employees’ demands if they have a compelling enough argument.

They don’t control their money. 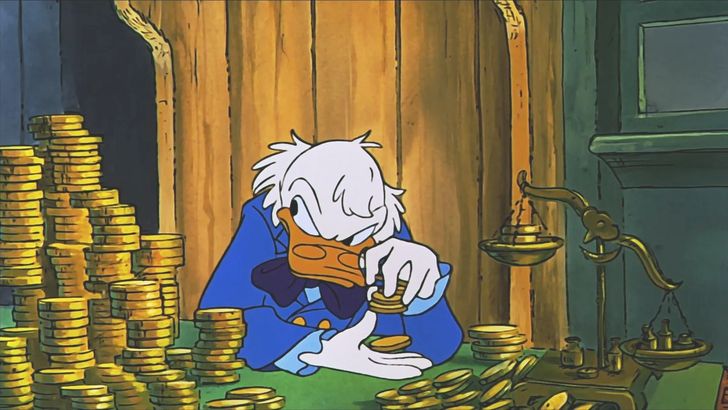 Business coach, Jaime Tardy, believes that “the primary difference with wealthy people is that they’re in control of their money, and they don’t let money control them.” If you don’t care how much money will stay in your wallet after you go shopping, you and wealth might not be good together. To become rich, you should know your income and expenses at every moment. This will help you plan your budget, prepare for unpleasant surprises, and, paradoxically, it’ll help you take it easy. 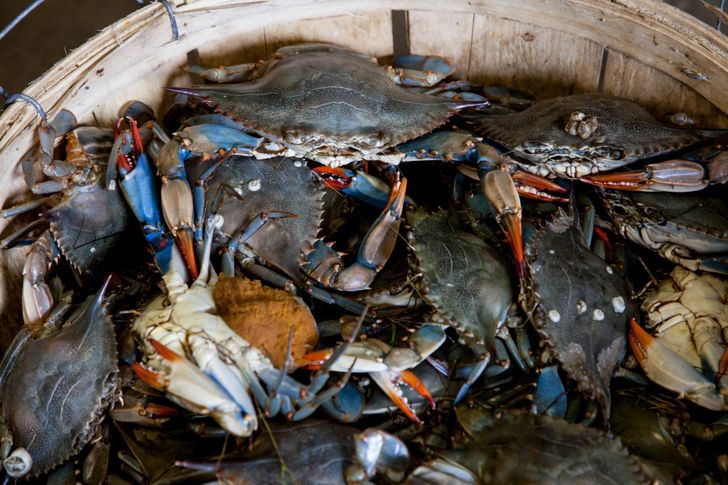 Sharing the ways you’re planning to become richer only makes sense to people who will support you, but there are very few of these people. And most people will “mean well” by trying to bring you back down to earth and explaining to you why you’ll fail. There is even a concept called crab mentality that describes this behavior.

They know their limits. 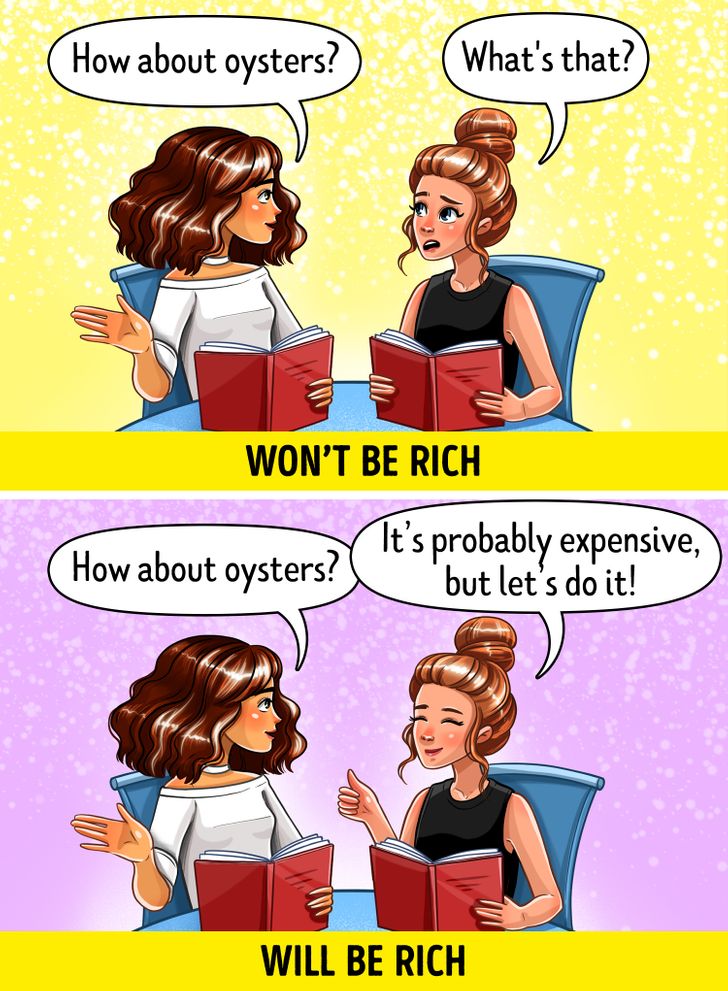 A person won’t become rich, if they don’t know their limits. The tunnel vision that protects our brains from useless or harmful information is able to exclude foods that are “too expensive,” entertainment, and luxury goods from our reality, so we won’t have the motivation to earn more. For example, the author of this article knows people who don’t notice either the assortment nor the prices while walking past shelves with seafood. But the high price is just a reason to ask yourself, “What do I have to do to be able to afford that?”

There are many more factors that influence wealth, but we tried to list those that depend on the future millionaire, and not just on external circumstances. What signs do you use to determine whether a person will become rich or not?