According to statistics, we receive about 90% of the information about whether someone is an honest person from their body language. We analyze the body’s position and the person’s voice tone to understand their mood.

Bhaskar Health has studied the works of Allan Pease, Lillian Glass, and other famous psychologists and has come up with 12 of the most common gestures that liars use.

12. They lick and bite their lips. 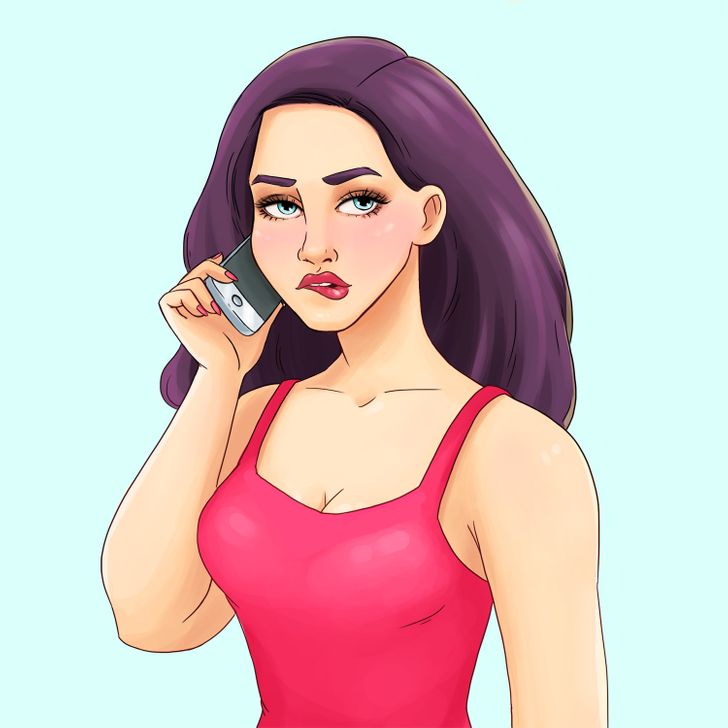 People who have to lie have a hard time speaking because their mouth becomes very dry. This has a simple explanation: when stressed, the autonomic nervous system decreases the production of saliva. If you offer this person a glass of water, they will likely drink it very fast.

11. They keep their shoulders back and their chin up.

If a person keeps their shoulders back when telling you something, this may indicate that they feel insecure about what they are saying. The same goes for keeping their chin up: the person is trying to make their words sound more powerful than they really are.

10. They keep their eyes wide open. 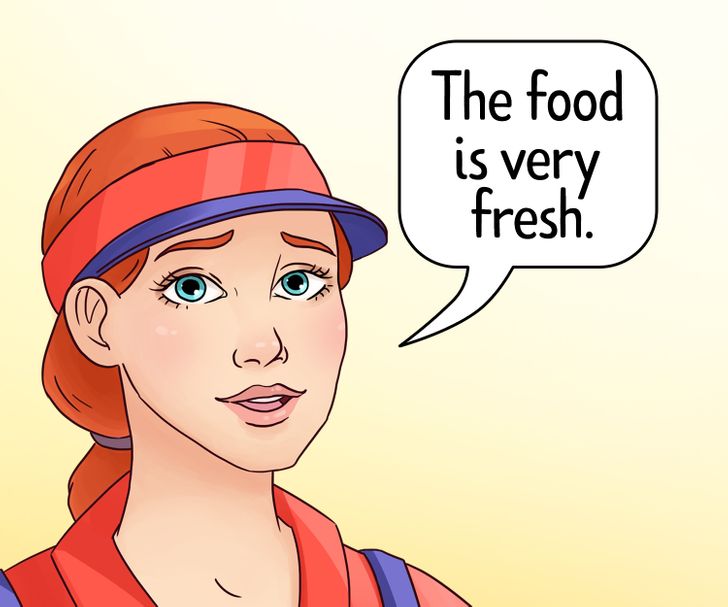 Psychologists claim that liars can’t maintain eye contact for a long time. However, if a person is lying and wants you to believe what they’re saying, they will try to look you right in the eye to make themselves seem trustworthy.

The biggest sign you need to watch for is a strong tension in the eye muscles, because the person is fighting the urge to look away. It might seem that they are really staring at you.

9. They limit their movements.

It is well-known that uncontrollable gestures may indicate the fact that a person is lying. The opposite is correct, too: because liars know about this sign, they might try to consciously limit their movements and stay as still as possible.

8. They point their index finger at you. 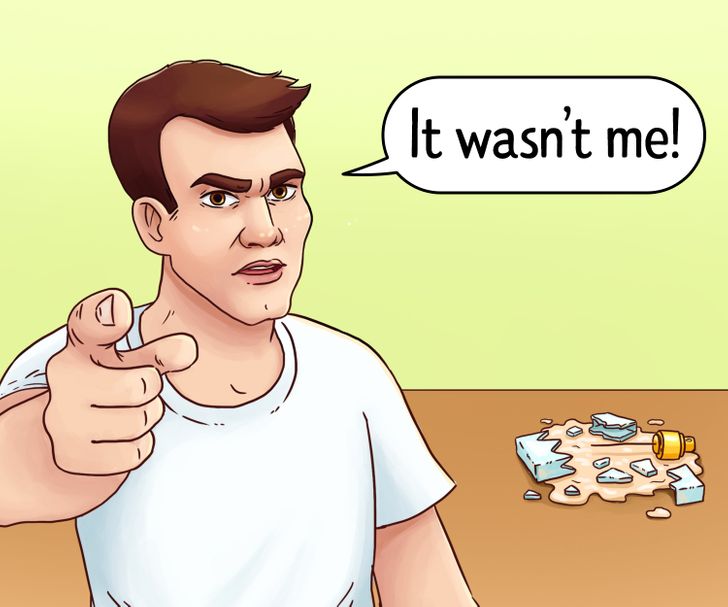 Pointing fingers is considered to be one of the most aggressive gestures. If a person reacts to your questions with this gesture, they may be trying to imitate being angry. Thinking you’ll consider this a sign of anger and defense — this is the liar’s way of convincing you that you’re wrong.

7. They tilt their head.

Charles Darwin noticed that humans (just like animals) tilt their head if they are very interested in something. Liars may tilt their head while they’re trying to buy some more time to come up with an answer. People use this gesture to feign interest, hoping the one who asked the uncomfortable question will notice this gesture and be more lenient on them (and whatever they’re lying about).

6. They pull on their collar and touch their neck. 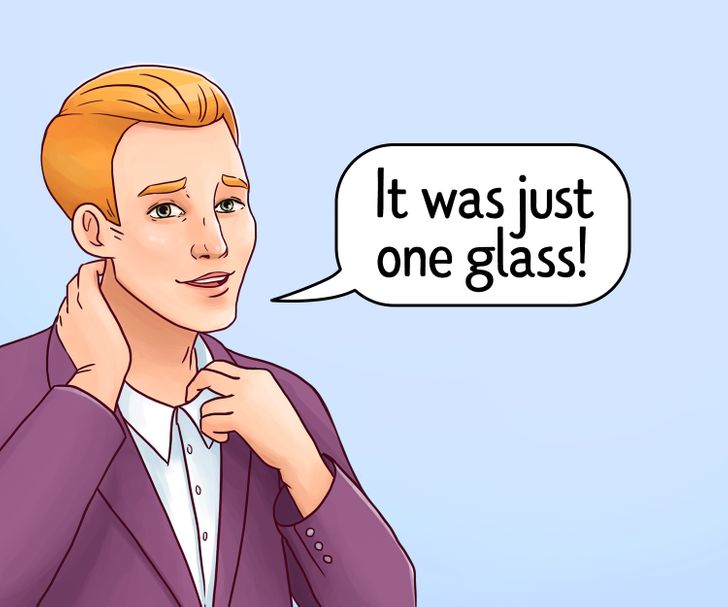 The neck is one of the most vulnerable parts of our body. When we are in danger, we may pull on our collar (especially if it is too tight) to get some air. This gesture shows that a person feels really uncomfortable and wants to be free.

Another popular gesture is rubbing the neck which might look as if a person is really thinking about your question. In body language, this gesture means, “I am not sure I agree with you.”

5. They cover their vulnerable body parts. 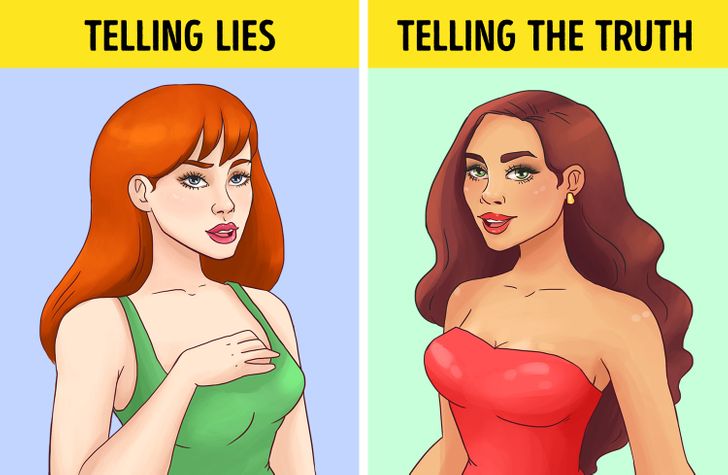 Chest, belly, and groin — these are the spots people try to cover when they are worried. There is a physiological explanation for this gesture: the autonomic nervous system sends a signal to the abdominal muscles that can even cause painful spasms.

4. They hold on to objects.

When someone is lying, they feel really vulnerable and want to feel more stable. Liars might hold on to walls, tables, chairs, and anything else that helps them feel safe.

This kind of behavior is very natural. Even in childhood, we learn that in order to avoid a dangerous situation, we need to hide somewhere.

3. They start fixing their appearance. 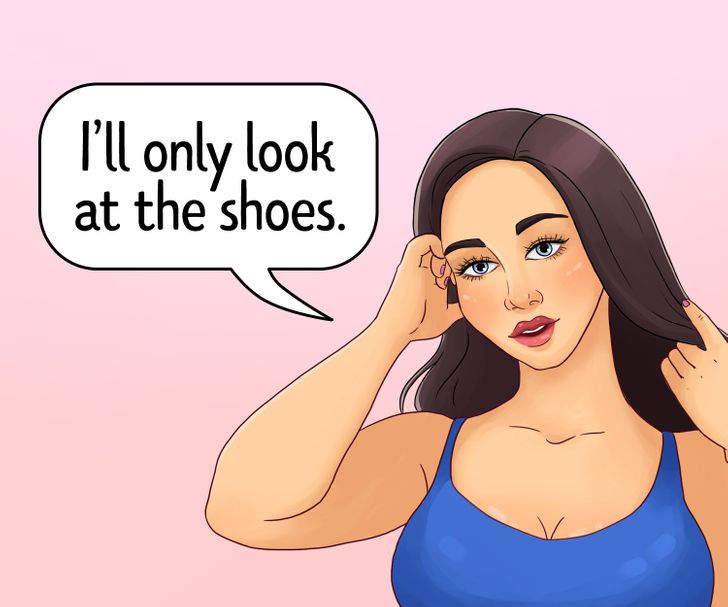 This behavior is usually seen in women when they feel uncomfortable answering a question. They will play with their hair or “fix” the cosmetics around their eyes. This allows them to feel safe and appear more confident about the little white lie they’re going to tell.

2. They turn away from you slightly.

When talking to a person, we can avoid looking at their face, but our body is still turned toward them. This means that we are open to a conversation. However, if a person turns away from you (even slightly), this might mean that they are trying to hide from something that makes them uncomfortable.

1. They cross their fingers during a handshake. 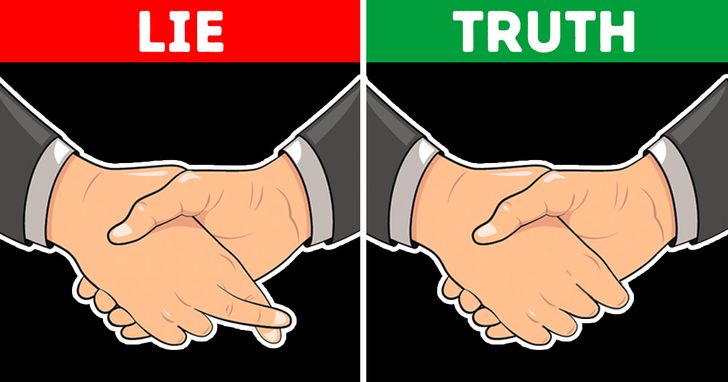 If a person is shaking your hand and you notice that they cross their fingers, this may be a sign that they are not being honest with you. In fact, this is a gesture used in the military to give a signal that someone was forced to give a handshake. In addition to that, people might cross fingers behind their back which is another sign of insincerity. So, when shaking hands with someone, watch what their other hand is doing.

Bonus: What you should do to detect a lie if you’re speaking to someone on the phone and can’t see them

Liars often don’t finish their words and try to imitate a hoarse voice since usually, the hoarser the voice, the more we trust a person. So when someone wants to lie, they compensate by just lowering the tone of their voice (both consciously and subconsciously).

Liars either chop the endings of words or say them more quietly. This is because of the effect lying has on breathing: people feel anxious when they have to lie, it becomes harder for them to breathe, and they don’t have enough breath to finish their words clearly.

Do you have your own way of recognizing whether a person is lying or telling the truth?