7 Curious Facts Your Appearance Says About You

Scientists have declared that physiognomy, the art of reading character from faces, is a fake science. However some researchers have proven that a face can deliver very important information about our personality. Carmen E. Lefevre from the University College London assures us that appearance is the product of genes, hormones, and lifestyle. This is why a human's face can really be a mirror into our soul.

Bhaskar Health put together 7 scientific studies for you which prove that a human's face can say something really interesting about their personality. Even the way people pose for the camera can say a lot about their character. You will find a bonus in the end that will show that appearances can be very deceiving. 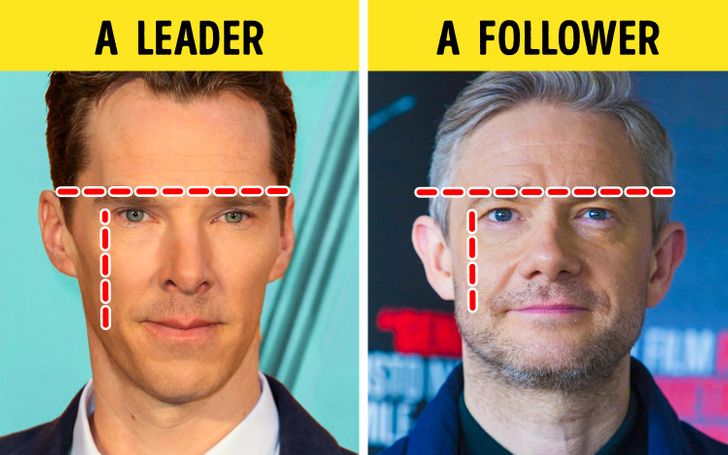 Scientists have proven the connection between face shape and dominance. When studying the 2010 World Cup, Keith Welker, from the University of Colorado Boulder, confirmed that the ratio between the width and height of the soccer players' faces could predict how many goals they would score.

The average ratio is usually around 2. Abraham Lincoln's ratio was 1.93. 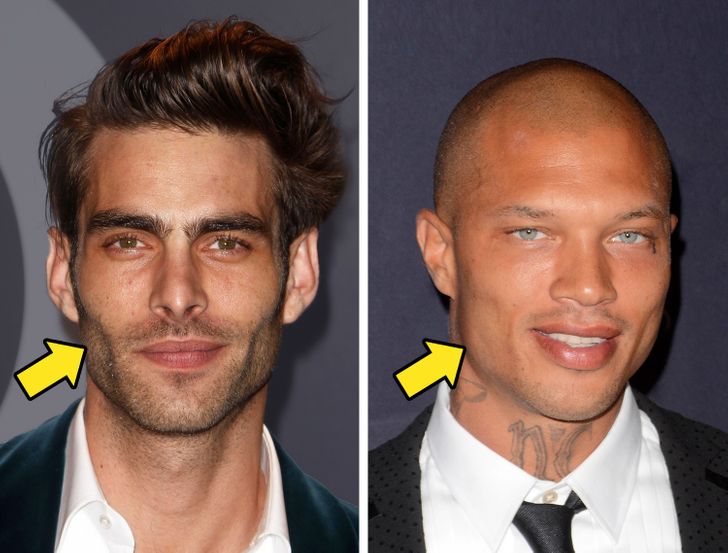 A study conducted by scientists from the University College London showed that men with a high level of testosterone have broad faces and thick cheekbones. The level of this hormone has a direct connection with aggressiveness, dominance, and a rebellious spirit. By the way, women subconsciously feel it. 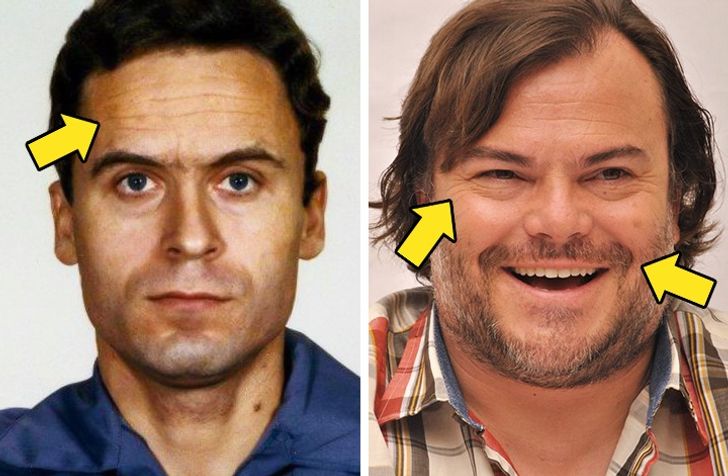 Wrinkles betray not only a human's age but also their character. A person uses different face muscles to smile, cry, frown, or raise an eyebrow. In time, these wrinkles show the most used emotion on a person's face, even when they are calm and thinking about nothing.

4. A person's profession, in just one shot 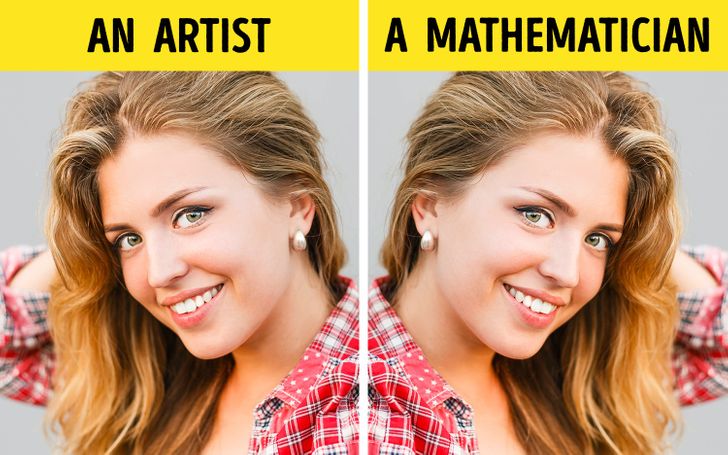 Many of us turn our face to a certain side when taking photos, thinking that we look more attractive this way. A study by scientists from the University of South Australia showed that the reasons for this action are much deeper. It turns out that engineers, mathematicians, and chemists turn their right cheek to the camera more often, while artists and psychologists turn the left side of their face to the camera.

5. Your selfie is your short autobiography. 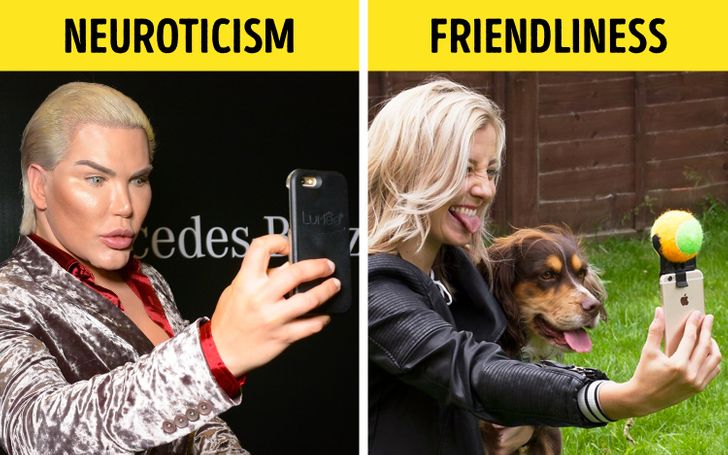 Lin Kee, from Nanyang Technological University in Singapore, analyzed 123 selfies taken from Sina Weibo, a Chinese microblogging site similar to Twitter. She found a curious connection between selfie types and a person's personal traits. Friendly people prefer to take photos of themselves from below. Those people who are open to new experiences demonstrate positive emotions more often and are not afraid to look funny in their photos. While neurotic people tend to make the infamous 'duck face' in their selfies.

6. The size of your nose and your ambitions 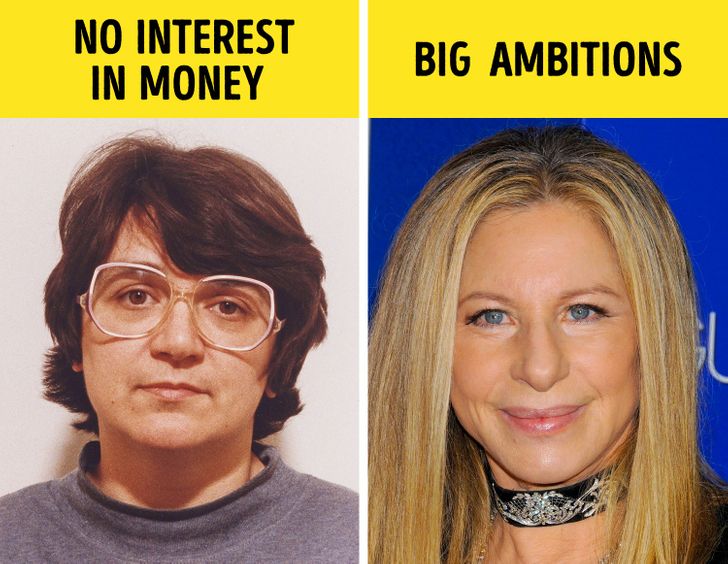 The study of 1,700 photos of faces, actually of their noses, was published in the Journal of Craniofacial Surgery in 2013. The researchers examined 14 different shapes of nose and connected them with different personality types. It turns out that the bigger a nose is, the more ambitious its owner is. These people are more inclined to be perfectionists.

7. The effect of Dorian Gray 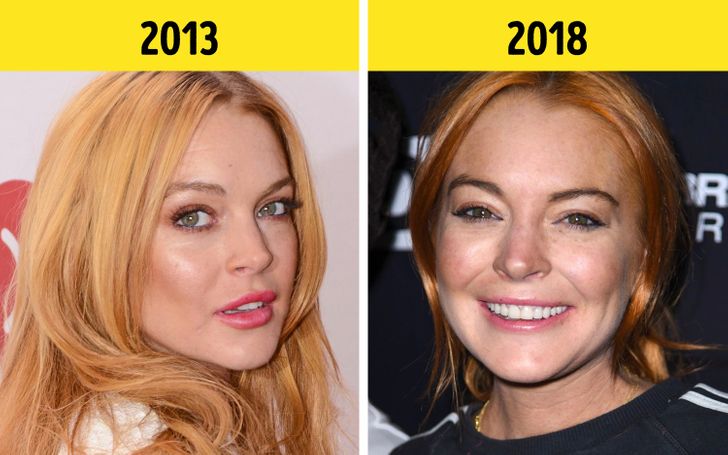 Even two identical twins who are impossible to distinguish from each other gain more and more differences with age. It's not even about genes, but about the lifestyle a certain person leads. Bad habits print their pattern on faces over time and help to immediately show what kind of life this person leads and what should be expected from them. 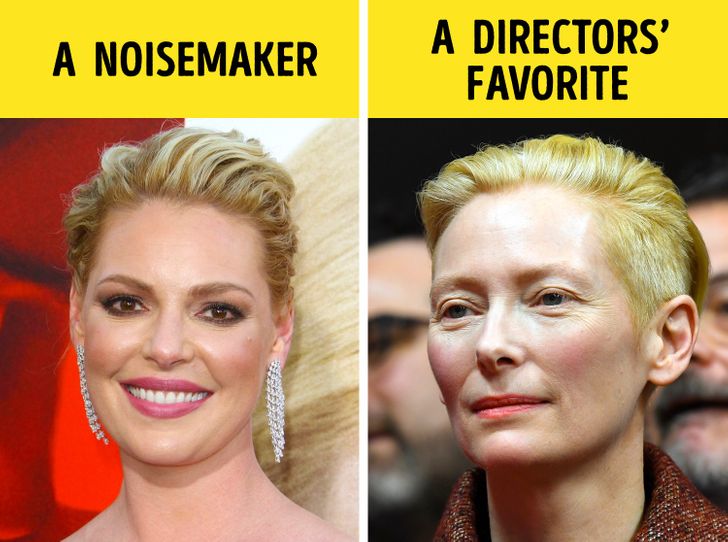 Alexander Todorov, professor of psychology at Princeton University, is sure that we immediately form our impression about new people, but these judgements can often be very deceiving. They are based on something called the halo effect, a stereotype which connects behavior with appearance where beautiful people seem to be smart and kind.

To demonstrate his theory, Todorov asked students to assess the appearance of different composite portraits. People with child-like facial features, like round faces and big eyes, seemed to be fragile, naive, obedient, sincere, and kind. While gloomy, ugly, asymmetric faces were associated with unfriendly personalities.

We showed 3 photos of well-known criminals in this article. Have you managed to find them? Lindsay Lohan is not one of them. 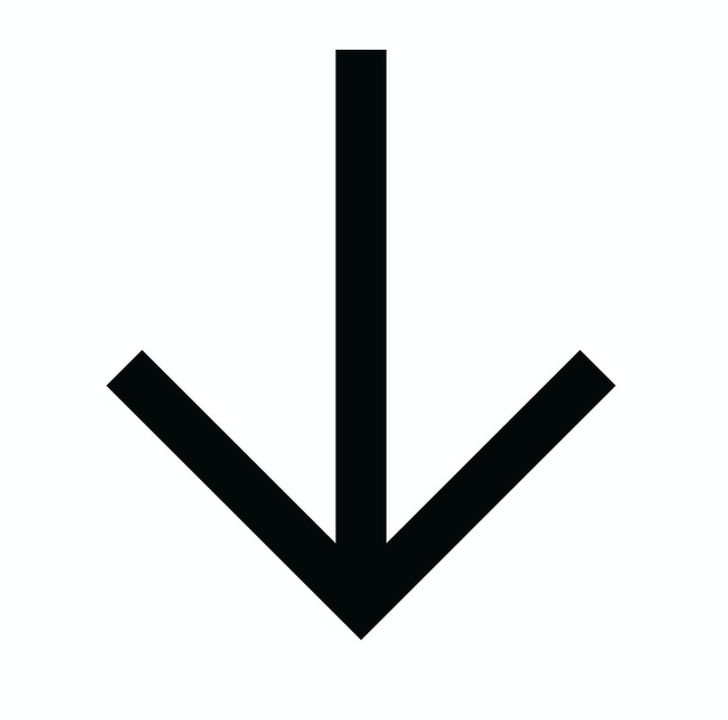 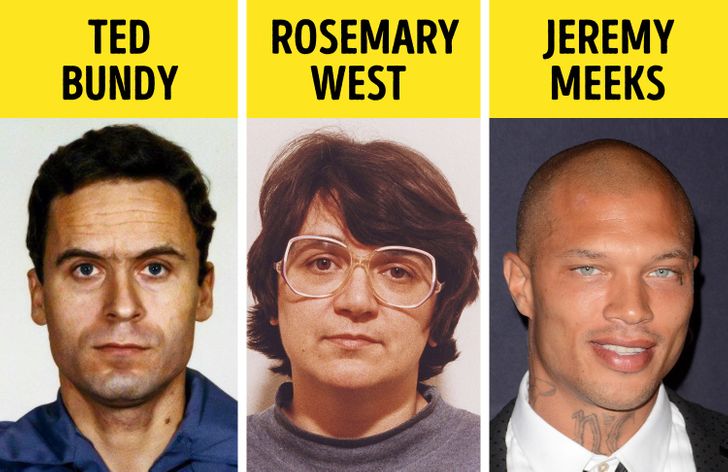 These seemingly nice and regular people are real criminals: Ted Bundy is a murderer and a rapist, Rosemary West is known as one of the cruelest female serial killers, and Jeremy Meeks is a convicted felon, who was noted to be the handsomest criminal in the USA. It's worth mentioning that after Jeremy was released from prison, he's made a very successful career in the fashion industry. We hope, that he will set the example that people can change for the better.

Is your first impression about a person always correct, or have you been mistaken sometimes? Do you believe that a person's character can be defined by their face? Or, maybe, you think that physiognomy is more of a mysticism than a true science? Share your opinion in the comments below.