Immunotherapy: Past, Present and Future

William Coley is the grandfather of immunotherapy. A surgeon in New York between 1870 and 1910, he developed extracts of streptococcus and another bacterium called Serratia marcescens (known as Coley’s toxins) to treat patients, particularly children, with sarcoma. The responses were spectacular, extending long-term survival rates by as much as 40%.

Unfortunately to this day, nobody has quite been able to replicate what that Coley was doing. However, the news of Coley’s work crossed the Atlantic and in the era before the First World War, immunotherapy was something that was being widely researched in the UK with regards to the treatment of infectious disease.

The theory was that if you could use, for example, convalescent serum from somebody who survived an infectious disease and put it into somebody who still had the disease, it gave some very good results.

The invention of antibiotics and the impact on immunotherapy

But then in the 1920s, Alexander Fleming discovered penicillin. For a long time, penicillin became a fantastic magic bullet that blew immunotherapy out of the water.

Why go through the trouble of developing an immunotherapy when you could just take a couple of penicillin pills?

However, nearly a century further on and antibiotic resistance is starting to call into question whether the magic bullet may soon have run its course. The implications are so great that phrases such as “the antibiotic apocalypse” are now being used.

Tuberculosis provides one stark example. While streptomycin was discovered in the 1930s to treat it, the bacterium’s resistance to streptomycin and other agents now means that we have to use at least three drugs and sometimes up to five different antibiotic agents to treat new strains of tuberculosis that have become multidrug-resistant.

In fact, there are now some strains so drug-resistant that can sadly no longer even be treated. Immunotherapy is likely to be the only solution.

However, it is worth noting that antibiotic resistance is in itself natural and nothing new, drawing on the fact that millions of years ago, before multi-cellular organisms ever existed, the world was covered in microbes that evolved over time by knocking each other out!

Therefore, even if you were to look at microbes taken from tribes in the Amazon that had no contact with western society for thousands of years, you would still find bugs that have the resistance genes.

In the context of antibiotic resistance and the realization that we no longer have a single magic bullet that can be administered to treat a disease, immunotherapy has surged back into the mix especially in cancer therapy.

Despite the considerable efforts over the years to find a single magic bullet (chemotherapy, radiotherapy surgery, the use of monoclonal antibodies) that can fight and defeat cancer, the realization now is that we are going to have to go back to the evolutionary tree and follow that line of work.

The magic bullet was a dead-end in evolutionary terms. This was the reason I set up Immodulon in 2007; to attempt to bring to market an affordable immunotherapy treatment that would transform the way that cancer is treated in the world today.

While I have focused on immunotherapy for the past ten years, my original research work was in transplant medicine and the transplant of pancreatic islets specifically.

In one particularly pertinent example, a single donor’s kidneys were transplanted into two different patients. Both patients then developed malignant melanoma.

Unfortunately, while the donor had had a melanoma removed over a decade earlier (and was officially clear), there was still melanoma dormant in the transplanted kidneys, which when combined with immunosuppression lit up like wildfire.

While one patient sadly died from the melanoma, the second patient was saved by removing the kidney and stopping the immune suppression, at which point the melanoma completely disappeared.

Immunotherapy requires two elements. Firstly, you have to tune the immune system, which is called immune modulation or immune regulation.

Secondly, you need an agent, which acts as an enhancer or broker known as an immune-adjuvant. Without these two things, nothing happens.

To give an analogy, think of a radio. If you want to listen to a radio show, then you have to tune first into the right station in order to pick it up – this is immune modulation (i.e. you need to find the right station for the body to notice); and secondly, you must turn the radio to the right volume using the right adjuvant (i.e. you need to amplify the body’s immune response so that it is neither so low that it has no effect or so high that it damages the body).

So it is all about tuning and doing the regulation by targeting the complete system. But without the adjuvant, there will be no result. For example, if a baby is vaccinated with tetanus toxoid only, the body most likely won’t even notice it.

Unless an adjuvant is used to enhance the response. This is normally alum or a similar material. There are many adjuvants in use but most are still very primitive and much work is still needed.

This is one of the reasons why it is so difficult for immunotherapy to work against malaria, worms or other clever organisms that are able to hide from the immune response. It is all a question of finding the right adjuvant – and that can come from various places, even shark cartilage! 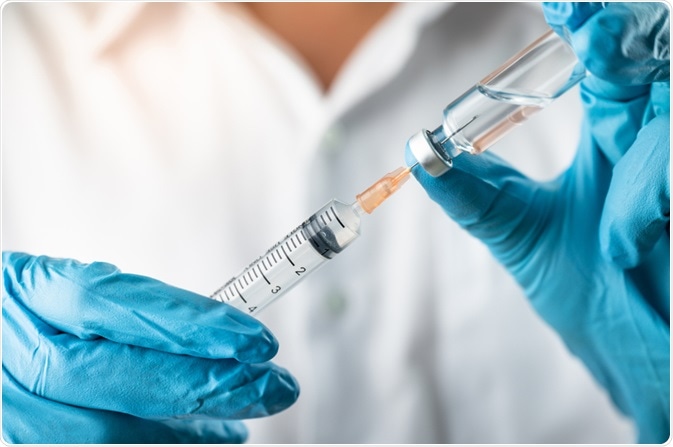 Firstly, I envisage that immunotherapy will play a major role in the treatment of cancer. It is by far the likeliest way to obtain lasting results and perhaps even cure.

While I am sure that in the future we will still need to use traditional methods including chemotherapy, radiotherapy and surgery, I think it will become the norm to use the patient’s own immune system to enhance the body’s response to those other treatments, as well as to the cancer.

Combination therapy will be key. By doing so, it should become possible for a patient not only to respond better to existing treatments but thereby to require less of those other treatments.

In some cases, this may mean that a patient is able to enjoy a better quality of life while being treated. Given that toxicity and side-effects are a major issue in current treatments, this is a huge advantage.

Lastly, whereas today most immunotherapy programs are focused on adaptive immunity, going forwards I believe a broader base will also need to include the involvement of innate immunity. This remains a key focus for our own work at Immodulon. 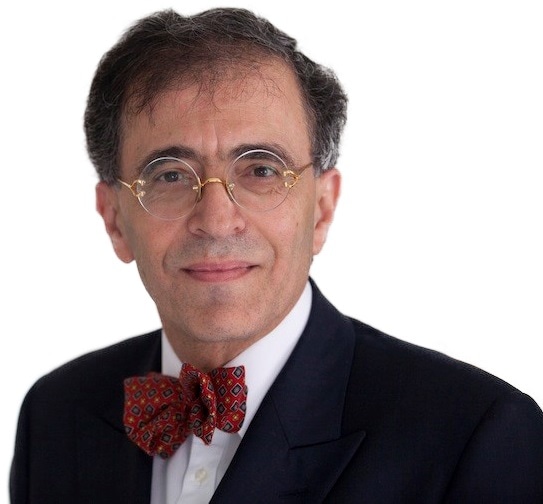 His ambition from the start was to bring to market an affordable immunotherapy treatment that would transform the way that cancer is treated in the world today.

Since then, Immodulon has become a leading biopharmaceutical company with one of the longest running research projects into how to harness the power of the immune system in treating cancer.

Charles Akle received his medical training at Guy’s Hospital London and subsequently carried out research into the immunology of the human amnion, resulting in a paper being published in the journal Nature. During a career of more than 30 years as a leading surgeon, Charles pioneered the innovation of laparoscopic surgery, facilitating minimally invasive procedures as an alternative to major operations. The fact that such procedures are now considered routine illustrates the true benefit to patients and lower healthcare costs as a result of reduced hospitalization.