Today, approximately 3 million people in the United States are living with epilepsy, a condition that is characterized by two unprovoked seizures or one unprovoked seizure with the likelihood of more. While most successfully control their seizures with drug therapy, at least 3 out of 10 people with epilepsy continue to experience seizures.[i]

The consequences of uncontrolled seizures can be serious, and in the most severe cases can lead to an outcome that, tragically, is often not discussed: Sudden Unexpected Death in Epilepsy, or SUDEP.

The leading epilepsy-related cause of death, SUDEP is said to occur when an otherwise healthy person with epilepsy dies unexpectedly. It strikes an estimated 1 in 1,000 adults in the U.S. with epilepsy each year, but among those with uncontrolled tonic-clonic (grand mal) seizures. the risk increases to 1 in 150. [ii]

What this means for people with epilepsy is that even one uncontrolled seizure could possibly lead to SUDEP. Unfortunately, too few patients are aware of SUDEP, which may lead some to accept continued seizures rather than working with their doctors to try and achieve seizure control.

We now know that these conversations are not taking place: in a new Epilepsy Foundation survey of more than 1,000 epilepsy patients and caregivers, only 18 percent of patients and 27 percent of caregivers reported that they’ve had a discussion about SUDEP with a healthcare provider.[iii]

To help drive discussion of SUDEP, the Epilepsy Foundation’s SUDEP Institute recently issued a special expert consensus report, #AimForZero: Striving Toward a Future Free from Sudden Unexpected Death in Epilepsy. The new epilepsy.com report urges people with epilepsy to strive for their best possible seizure control to reduce their risk of SUDEP, to speak with their physicians about SUDEP, and to use the #AimForZero hashtag when discussing SUDEP on social media.

Given the link between uncontrolled seizures and SUDEP, strategies to help achieve seizure freedom can help prevent SUDEP in people with epilepsy. The #AimForZero report, therefore, recommends four key actions that people with epilepsy can take to reduce their risk of seizures: take epilepsy medication as prescribed; get enough sleep; limit alcohol; and strive to stop seizures.

People who live with epilepsy, or who help care for someone with epilepsy, should be aware of the importance of these four steps, and how they can help protect against SUDEP: 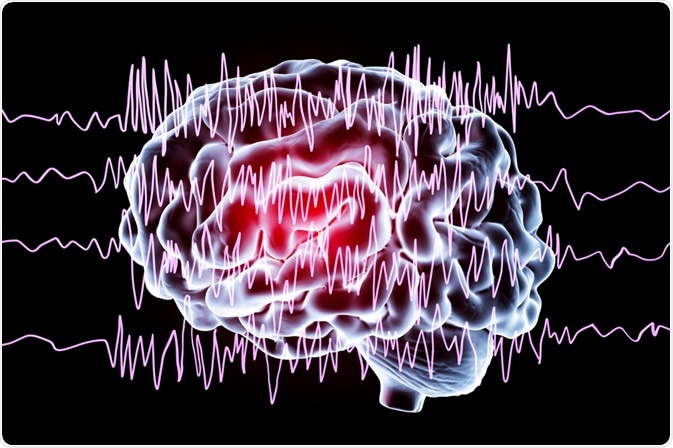 The critical role of communication

Healthcare professionals, patients and caregivers must all be part of the effort to raise awareness about the risks of having seizures and help people living with epilepsy take action to reduce these risks.Educational initiatives like #AimForZero can help raise awareness of SUDEP, but doctor-patient discussions during regular visits are immeasurably important opportunities to discuss SUDEP, and, as noted, these conversations are not happening enough. The fact is, healthcare professionals are often reluctant to discuss SUDEP because patients and patients’ families may not be receptive to discussing the possibility of death from epilepsy. According to the Epilepsy Foundation’s survey, however, 40 percent of patients – and nearly half of caregivers – said that learning more about SUDEP could make a difference in how they approach seizure control

Dr. Orrin Devinsky is Professor of Neurology, Neurosurgery, and Psychiatry at the NYU School of Medicine. He received his B.S. and M.S. from Yale University, M.D. from Harvard Medical School and interned at Boston’s Beth Israel Hospital. He completed neurology training at the New York Hospital-Cornell Medical Center and his epilepsy fellowship at the NIH.

His epilepsy research includes translational therapies, SUDEP, healthful behavioral changes, phenome-genome correlations, autism, neural markers and imaging, therapeutic electrical stimulation, quality-of-life, cognitive and behavioral issues, and surgical therapy. He is a Principal Investigator for the NIH Center for SUDEP Research and the Principal Investigator for the North American SUDEP Registry and on the Executive Committee of the SUDEP Institute.

He serves as the lead investigator for the cannabidiol trials in Dravet and Lennox Gastaut Syndromes. He has served as a Board member of both for the Epilepsy Foundation and American Epilepsy Society. He founded Finding A Cure for Epilepsy and Seizures (FACES) and co-founded the Epilepsy Therapy Project and epilepsy.com. Outside interests include behavioral neurology, evolutionary biology and history of neuroscience.

[i] National Institute of Neurological Disorders and Stroke. The Epilepsies and Seizures: Hope Through Research. Available at http://www.ninds.nih.gov/disorders/epilepsy/detail_epilepsy.htm.

[iii] Epilepsy.com survey of people with epilepsy and caregivers. 2016.

[iV] Epilepsy.com survey of people with epilepsy and caregivers. 2016.