The use of transcranial direct current stimulation (tDCS) has been hampered by the lack of knowledge to its long-term adverse effects and by the potential misuse of the technology due to its very ease of its application.

Despite the restrictions on the widespread use of tDCS, it is being researched in several disorders discussed in this article. 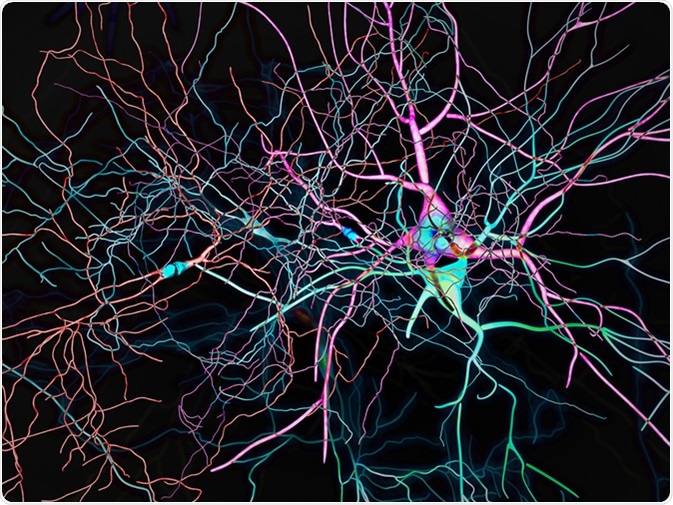 Since evidence suggests that depression is due to lack of activity in the connections between certain specific areas of the cortex and the limbic system and the dorsal and ventral neural system regulate cognitive control and emotional evaluation, respectively. Impairment of dorsal and enhancement of ventral system activity may cause impaired attention, and other negative emotional responses.

Applying tDCS with the electrodes over the dorsal area is associated with improved working memory and affective processing, by increasing the activity of the left area, and has been shown to improve response rates in clinical depression.

The use of tDCS can decrease depressive symptoms in bipolar disorder, with the effects lasting a month after the cessation of therapy sessions.

Both medication and cognitive-behavioral therapy are used in the treatment of this disorder, but tDCS may help to correct the imbalance in the functioning of the cortico-striato-thalamo-cortical neural circuts. Thus, it may be a better alternative for the use of deep brain stimulation, which is currently used in refractory cases, by reducing the pathological hyperexcitability of the premotor and motor system. A trial is currently being carried out using electrodes on the pre-supplementary motor area and deltoid could enable the current to reach the appropriate cortical and subcortical areas.

Since the early onset of treatment of mental disorders could lead to a reduced duration of illness and a better outcome, the use of tDCS is being explored to take advantage of greater brain plasticity in this age group, as well as to better understand the relative contribution of each brain area to various pathological mental conditions. For instance, its use has been found to be useful in Broca’s area to facilitate vocabulary acquisition in autistic children with poor use of words. However, the potential risk of abnormal neural development following exposure to extrinsic electrical current should always be kept in mind when dealing with children.

The reward circuits in the brain are implicated in the evolution of substance abuse. This shows the important involvement of the prefrontal cortex, for instance, in chemical dependency. The application of tDCS has been explored in users of cocaine, alcohol, nicotine, food, cannabis and other chemical substances, which showed broadly promising results.

The use of tDCS to improve working memory, executive function, and other aspects of cognition which decline in diseases such as Alzheimer’s disease, has shown improvement in several parameters after one or a few sessions of tDCS.

While tDCS has shown a lot of promise in early trials focused on its uses in various mental and cognitive disorders, much more work needs to be done to derive data as to the optimum dosage, pattern of electrode placement, and number of sessions used. The adverse effects appear to be few but at the same time the clinical utility has also not been proven.

As of now, guidelines (according to the European Chapter of the International Federation of Clinical Neurophysiology) endorse clinical applications only in the following fields, as being of probable efficacy:

Possible efficacy is seen with chronic neuropathic pain of the lower limb, and it is thought to be ineffective in treating tinnitus and drug-resistant major depression.