What are Balance Disorders?

Balance disorders are disturbances in co-ordination that makes a person feel unsteady, dizzy or have a sensation of movement or spinning.

The problem more often than not lies within the ears. Within the ear is a part called the inner ear. This has organs that are responsible for normal balance mechanisms.

The inner ear contains an organ called the labyrinth. The inner ear co-ordinates with the eyes (what they see), as well as the feeling of the bones and joints, to maintain normal balance.

The inner ear sends signals to the brain that also receives signals from these peripheral organs to given an idea of the position of the body. This helps in maintenance of balance. 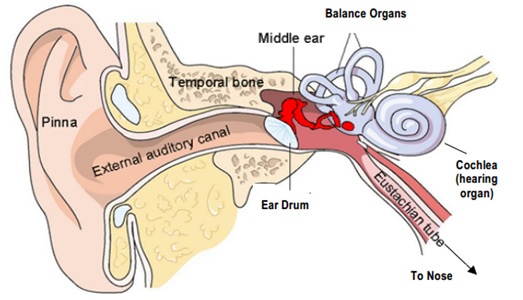 The labyrinth has a structure called the semicircular canals. These allow a person to feel and experience rotary (circular) motion.

There are three semicircular canals called the superior, posterior, and horizontal canals. The canals converge at a point and this is close to the cochlea that is responsible for hearing. These are filled with a fluid.

Rotation of the head causes a movement of the fluid leading to movement of the top portion of the hair cells that are embedded in the jelly-like cupula.As the body moves, this fluid also moves. The ends of the semicircular canals have a bulb like formation that contains hair-like tiny cells.

There are two other organs called the utricle and saccule that are called otoliths. These detect linear acceleration, or movement in a straight line.

The symptoms of balance disorders include difficulty in maintaining orientation. One of the commonest complaints is feeling dizzy or experiencing vertigo. The room appears to be spinning. There may be light headedness or a feeling of floating.

Sometimes there may be blurring of vision as well. Along with vertigo there is commonly nausea and vomiting, diarrhea, faintness, palpitations, drop in blood pressure, fear, anxiety, or panic.

Some common causes include infections of brain or inner ear, head injury, disorders of blood circulation affecting the inner ear or brain, certain medications, as part of aging etc.

Diagnosis of a balance disorder involves several laboratory as well as imaging studies. There are several associated conditions that may lead to balance disorders including ear infections, blood pressure changes, problems in vision etc.

Diagnosis is usually made by an ENT specialist (Ear, nose and throat disease specialist) also known as an otolaryngologist.

Treatment of balance disorders depends on the cause underlying the condition. Problems of balance are symptoms of an underlying disease rather than a disease in itself.

One of the options is to treat the underlying disease such as ear infection, stroke, or multiple sclerosis.

The second option is to treat the symptoms of the condition. This can be achieved by balance retraining exercises (vestibular rehabilitation) etc.