Asteroid hyalosis (AH) is a degenerative eye condition characterized by the presence of asteroid bodies or calcium-fat globules in the vitreous region of the eye. Asteroid bodies are chemically made up of calcium-pyrophosphates, and phospholipids.

Historically, the condition was called asteroid hyalitis, however, the absence of inflammation lead to the name change to asteroid hyalosis.

The condition is more common in people over the age of 55 and occurs more in men than women. 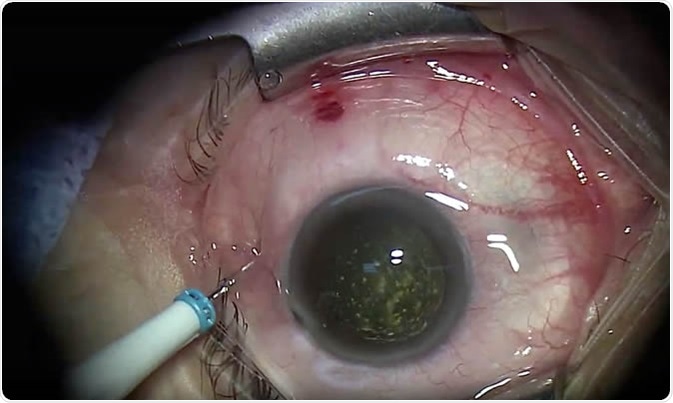 What are the characteristics of asteroid hyalosis?

The asteroid bodies are white under direct illumination but appear as gold balls when viewed using an ophthalmoscope under side illumination.

The accumulation of calcium-pyrophosphate opacities rarely causes any type of visual disturbances and surgery to remove the globules is rarely recommended. The lack of any visual disturbances makes the patients unaware of the condition. The presence of AH makes retinal examinations difficult and patients usually come to know regarding AH during such eye check-ups.

Even though the condition requires no treatment, other causes of eye floaters such as torn retina, inflammation, eye bleeding and detachments should be excluded from the differential diagnosis.

AH has been associated with many systemic diseases such as diabetes, hypertension and heart disease; however, the exact disease pathogenesis is still a mystery. Many studies have shown correlations between AH with aging.

How is Asteroid Hyalosis Diagnosed?

Optical Coherence Tomography (OCT) – This is an imaging technique that involves the use of incident light to create a cross-sectional retinal image. OCT can help provide accurate anatomic diagnoses.

Fluorescein Angiography (FA) – This method employs the use of filters to reduce interference from the calcium bodies and makes diagnosis easier. However, this technique has limited ability to diagnose subtle abnormalities and often produces poor quality images. The requirement of high technical skill for handling the instrument is another challenge.

How is Asteroid Hyalosis Treated?

As the asteroid hyalosis rarely cause visual disturbances, treatment is usually unnecessary. However, the presence of these floating bodies can be irritating and makes retinal examinations cumbersome and difficult.

Vitrectomy may be recommended in cases presenting with dense AH; as these cases often lead to visual disturbances. Vitrectomy involves the removal of vitreous humor from the eye chamber. The procedure can help improve diagnostic procedures as well as aid as a therapeutic intervention.