What is Bowler’s Thumb?

Bowler's thumb was first reported in 1965 by Siegel and gained popularity from its association with bowling. The condition is named as it is because it causes tenpin bowlers who place their thumbs in the ball for a longer duration to spin following ball release. A single episode of bowling is usually responsible for this traumatic injury of the digital nerve. 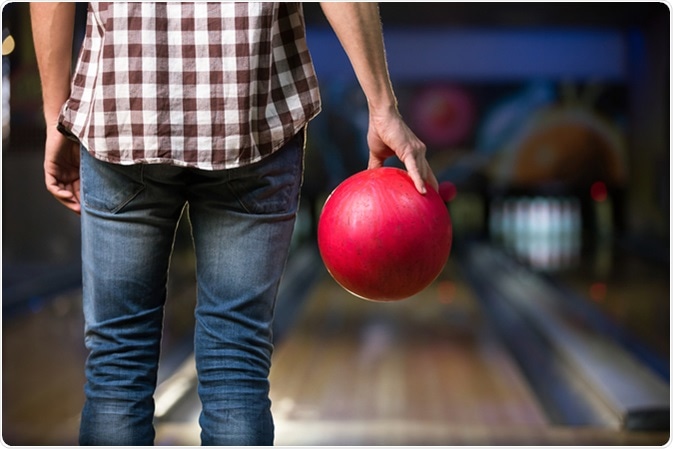 The common symptoms of bowler’s thumb are localized pain and tenderness at the first web space, numbness, and paresthesias extending distally from the first web space along the medial thumb surface. On clinical examination, a small mass may be observed in the surrounding areas. The mass is mobile, palpable, and often tender with hyperesthesia.

Apart from the common symptoms positive Tinel's sign, callous formation, or skin atrophy may be observed prior to a diagnosis of bowler’s thumb.

Though bowler's thumb is thought to be a narrow diagnosis, the condition is associated with various medical factors. For instance, there are several inciting factors other than bowling which could cause compression neuropathy in the ulnar digital nerve of the thumb.

A similar condition can happen acutely in some patients who develop symptoms just from a single night of bowling; however, acute neuropathy would usually be considered as neurapraxia or axonotmesis which resolves spontaneously within months. Neuroma (presence of fibrosis) and scarring without neuroma are the common pathologies in bowler's thumb.

A detailed clinical history and identification of an enlarged digital nerve could accurately characterize the perineural fibrosis of bowler's thumb. Magnetic Resonance Imaging (MRI) may also be conducted to evaluate the unknown thumb mass when the bowler's thumb is not detected by the initial differential diagnosis.

Neoprene sleeves could also help to ease compression of the nerve in the existing bowler's suffering from bowler's thumb. Splinting is may also be done in order to lower inflammation and provide protection to the thumb from repetitive trauma.

Certain adjustments in the weight of the bowling ball, distance, size, and slope of the thumb hole are considered as other conservative measures for bowlers.

Surgical intervention is reserved for individuals who fail to respond to conservative therapy. Neurolysis, neuroma resection with or without nerve graft, transposition of the ulnar digital nerve, and transposition deep to the adductor pollicis are the surgical options available for patients suffering from severe bowler’s thumb.

There is a possibility of neuroma recurrence in case of neurolysis, especially among avid bowlers who still perform activities that cause direct trauma to the ulnar digital nerve. The use of protective thumb guard is recommended in patients who had neurolysis.