What is Edward's Syndrome?

Edward’s syndrome is a genetic defect that results in several abnormalities in the body of the babies born with the condition. Babies with this chromosomal condition die soon after birth. There is no cure for this condition.

Edward's syndrome, which is also known as Trisomy 18, is estimated to affect one in five thousand live births. The possibility of a woman giving birth to a child with Edward's syndrome increases with the pregnant woman's age. 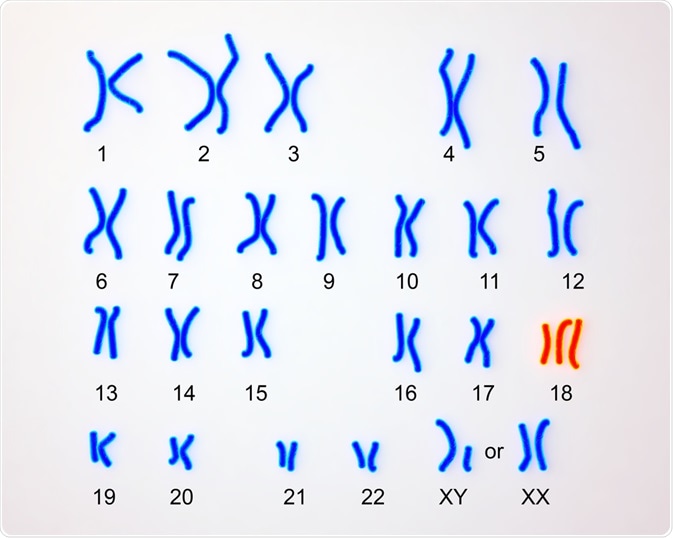 While a defect in chromosomes causes the condition, it is not an inherited disease. In trisomy 18, the baby has three copies of chromosome number 18 instead of the requisite two.

The error that causes trisomy 18 usually occurs during the production of the sperm or the egg. In 90% of the cases, the defect has been attributed to the egg. The error occurs in cell division and is known as meiotic disjunction.

There are several different types of trisomy 18, which include Edward's syndrome, mosaic trisomy 18, and partial trisomy 18.

Edward's syndrome is the most severe form of trisomy 18, as the affected baby will likely die shortly after being born.

The baby usually has multiple defects and organ abnormalities such as a small, misshapen head, a smaller-than-average jaw, clenched fists with overlapping fingers, low-set ears, and exomphalos, which is when the intestines are found in a sac outside the stomach. Babies born with Edward's syndrome may also have issues with the development of the heart, lungs, and spinal column. 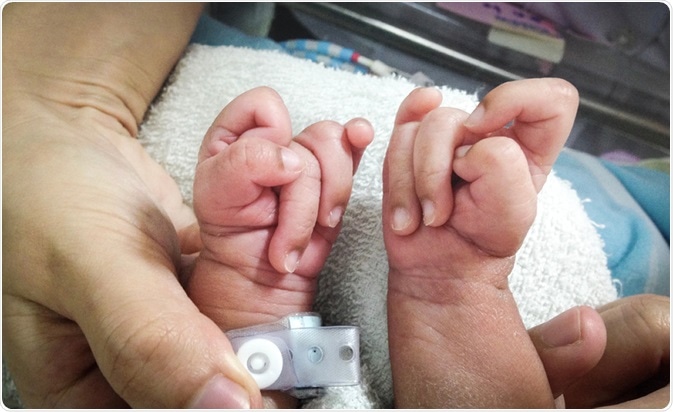 In mosaic trisomy 18, only some cells of the baby will have an extra copy of chromosome 18. Depending on the number and type of cells affected, the disabilities will differ from baby to baby.

About seven in ten babies with this condition may survive a year or more. In rare cases, where the disabilities are not very pronounced, the individual may survive into early adulthood but will never be able to function independently. Taken together, mosaic trisomy 18 is considered to be a slightly less severe form of the condition.

The severity of the baby’s disabilities in partial trisomy 18 will depend on the part of the chromosome present in the cells and the number of cells with the chromosomal defect. Partial trisomy 18 can be inherited when a parent carries a rearrangement of genetic material between two chromosomes, called a balanced translocation.

Screening for trisomy 18 occurs between 10 to 14 weeks of pregnancy. The combined test checks for Down’s syndrome and Patau’s syndrome as well.

Those found to be at high risk after the combined test will be advised to undergo a diagnostic test to confirm the presence of Edward's syndrome. This is done by checking the baby’s cells for an extra copy of chromosome 18.

The two ways of obtaining the cell samples include chorionic villus sampling and amniocentesis. In the chorionic villus, cell samples are collected from the placenta, which is the tissue that connects the fetus to the mother. In amniocentesis, a sample of the amniotic fluid in the womb around the baby is collected. This fluid contains the cells that the fetus has shed and is studied to obtain a definite diagnosis.

Both of these tests are invasive and have a small risk of causing a miscarriage. A new test that has been developed uses only a blood sample from the mother. This is a non-invasive prenatal testing technique, though it is more expensive to administer.

A mid-pregnancy scan at 18 to 21 weeks will also provide information on the presence of any physical abnormalities of the fetus. These are called congenital anomalies and often signal the presence of a serious disorder.

Should the baby be diagnosed with trisomy 18, the doctor will suggest ending the pregnancy, as it is a severe disorder that has no cure. This can be an emotionally charged time for the pregnant mother and the family. Counseling is recommended, as having a support system is crucial for dealing with this situation.

If the mother chooses to continue the pregnancy, there is a 50% chance that the baby will be stillborn. Even if it is a live birth, many medical complications may be expected. Baby girls have a higher survival rate than baby boys. Most of the time, the baby will be admitted to the neonatal intensive care unit (NICU), as the complications require a considerable amount of critical care.

Should the baby survive the first month, the family may take the baby home from the hospital. Less than 10% of the babies survive to celebrate their first birthday. Therefore, caregivers need to be mentally and emotionally prepared for the eventual death of the child.