Ehrlichiosis is an infectious disease caused by a type of round bacteria that have the propensity to invade and infect the white blood cells (leukocytes).

There are two primary types of white blood cells: granulocytes and agranulocytes (differentiated by their cytoplasmic properties). Round bacteria that cause ehrlichiosis live and reproduce inside these cells, which are subsequently killed upon their exit from the cell.

Accordingly, two severe and sometime even fatal illnesses are caused by these bacteria in humans, depending on which types of white blood cells are involved. These are known as human granulocytic ehrlichiosis and human monocytic ehrlichiosis, and belong to the group of emerging zoonotic tick-borne diseases. 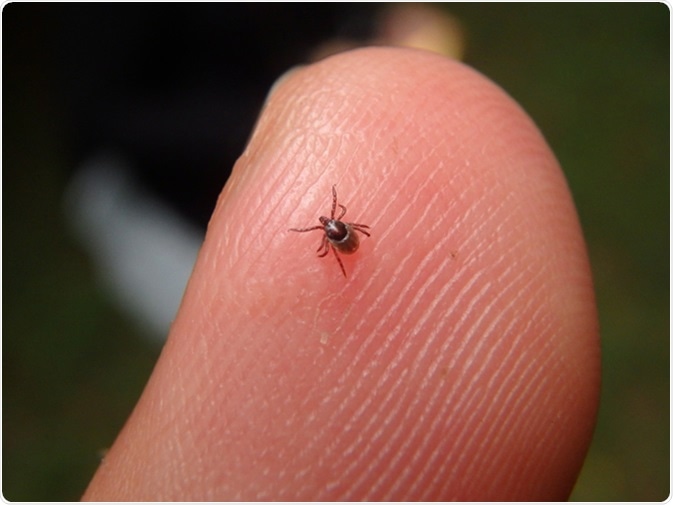 The first historical description of ehrlichiosis can be found in veterinary literature, when cattle-related illness was described 1910. Soon the same disease was found in Algerian dogs in 1935, while in the 1960s a large number of military guard dogs that were stationed in Vietnam succumbed from complications of a bleeding illness that was later recognized as ehrlichiosis. For this reason the illness was initially thought to be restricted to animals.

However, in 1986 the first case of human ehrlichiosis was reported when a patient from Detroit became very ill with fever, confusion, low blood pressure, acute renal failure and bleeding from the gastrointestinal tract. Grape-like clusters of bacteria were found in the monocytic cells (which are a type of agranulocytes in the blood), which were named Ehrlichia after Paul Ehrlich, a prominent microbiologist from Germany.

The causative agent was later identified by a researcher Jacqueline Dawson from U.S. Centers for Disease Control and Prevention (CDC) as Ehrlichia chaffeensis, isolated in 1990 and recognized as the primary agent of human monocytic ehrlichiosis. Just four years later, Anaplasma phagocytophilum was identified as the primary causative agent of human granulocytic anaplasmosis (previously known as human granulocytic ehrlichiosis, which is why these two diseases are usually grouped together). 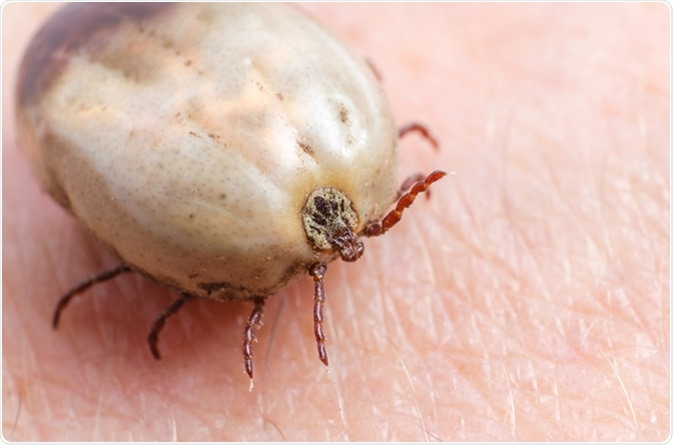 As already mentioned, the salient species that cause human tick-borne ehrlichiosis include Ehrlichia chaffeensis, Anaplasma (formerly grouped in the genus Ehrlichia) phagocytophilum, Ehrlichia ewingii (less commonly), newly identified Ehrlichia canis, and another species that is very closely related to Ehrlichia muris. These pathogens are classified as alpha-proteobacteria, and they belong to the family Anaplasmataceae, order Rickettsiales.

The agents of ehrlichiosis are between 0.4 and 1.5 micrometers in size, and they are obligate Gram-negative bacteria that live intracellularly. They replicate within membrane-bound compartments inside granulocytic cells (for Anaplasma phagocytophilum and Ehrlichia ewingii) or mononuclear phagocytes (for Ehrlichia chaffeensis and Ehrlichia canis). They also have cell walls that share the characteristics found for Gram-negative bacteria, albeit some components (most notably peptidoglycan and lipopolysaccharide) are lacking.

The replication of these microorganisms within the host vacuoles results in the formation of microcolonies that are known as morulae – a designation stemming from the Latin term “morus” which means mulberry. All Ehrlichia species that cause human disease can be successfully cultivated in laboratory cell culture, with the exception of Ehrlichia ewingii.

As a group, Ehrlichiae also expresses some major targets for the humoral host immune response, such as ankyrin, tandem repeat and putative lipoptoteins. They also contain genes for secretion systems type IV, structures that employ a complex of transmembrane proteins and hairlike appendages (pili) to transfer macromolecules across the bacterial cell envelopes.

The genome of Ehrlichia is relatively small (between 0.8 and 1.5 megabase pairs) due to the absence of redundant genes, which accounts for their high dependence on the host cell for a plethora of functions. The evolutionary relationships determined by various genetic studies and ribosomal RNA gene analysis indicate that these bacterial agents share a joint ancestor with some other obligate intracellular pathogens – most notably Rickettsia, Neorickettsia, Wolbachia and Orientia.

Further scientific investigations and comparison of ehrlichial genomes with other intracellular bacteria will provide a better understanding of this pathogen and expedite investigations of virulence factors, disease pathogenesis and means of immune modulation, as well as provide targets for antimicrobial drugs and vaccines.