Human embryogenesis is a complex process that occurs during the first eight weeks after fertilization. The stages of embryogenesis are described in more detail below. 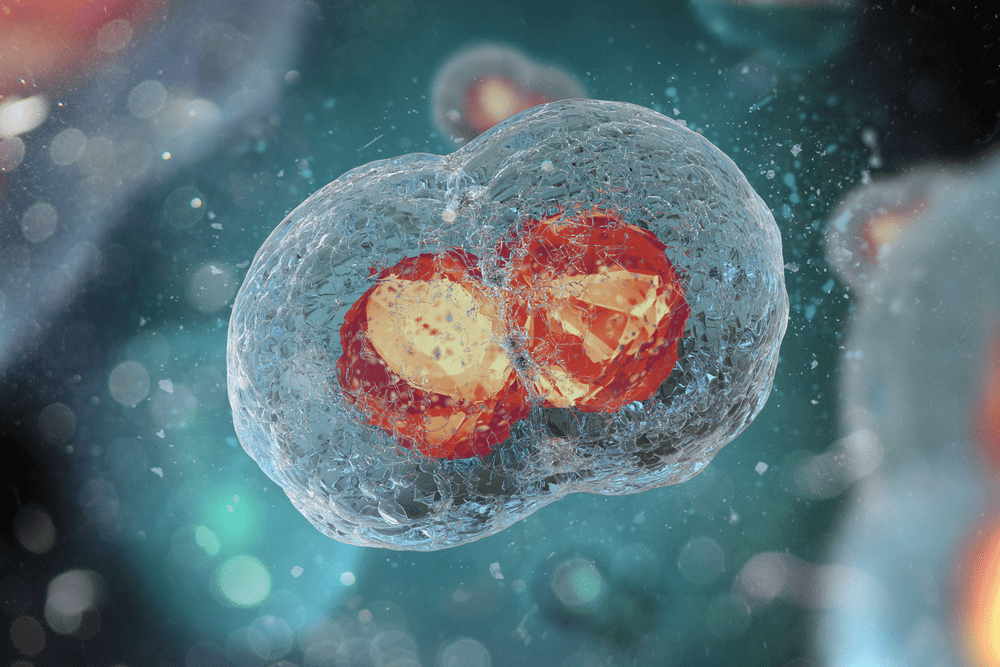 Stage 1: The process of embryogenesis begins with an egg or ovum being fertilized by a sperm cell to form a zygote. The zygote is surrounded by a strong membrane made up of glycoproteins, which the sperm has managed to penetrate. The zygote is formed 24 hours after the egg and sperm nuclei fuse. The zygote is a single diploid cell.

Stage 2: Over the next three days, the zygote undergoes a number of cell divisions, a process referred to as cleavage. Once the embryo has reached the 8-cell stage, it undergoes another process called compactation, which involves the tight binding of the cells to create a compact sphere. After compactation, the embryo is made up of 16 cells, which is referred to as the morula.

Stage 4: Around 24 hours later, the blastocyst moves towards the womb, where it implants itself in the lining.

Stage 5: Over the next week, the mass of cells rapidly divides, giving rise to a disc-shaped structure that has two layers. One of the layers goes on to become the embryo and the amniotic cavity, while the other layer develops into the yolk sac.

Stage 6: A process called gastrulation also occurs, where the blood system starts to appear in the placenta and blood cells are produced by the yolk sac. A streak of cells becomes apparent on the embryonic disc.

Stage 7: Three weeks after ovulation, two types of cells arise from the streak which changes the two-layered disc into a three-layered one. These layers are referred to as the ectoderm, mesoderm, and endoderm. The endoderm eventually gives rise to the tissue that forms a lining in the tonsils, lungs, bladder, digestive system, tongue, and urethra. The mesoderm develops into the bones, lymph, heart, lungs, muscles, blood cells, spleen, and genital organs. The ectoderm gives rise to the nails, skin, tooth enamel, mammary glands, pituitary gland, anus, mouth, sinuses, eye lens, the lining of the external and internal ear, and the entire nervous system.

Stage 8: Twenty-three days after ovulation, the embryo is pear-shaped with a broader head area. At the same time, embryonic blood cells start to form blood vessels. The ectoderm develops into the neural plate and neural curve that eventually becomes the nervous system.

Stage 9: Twenty-five days after ovulation, the mesoderm condenses into somites that form on either side of the neural groove. Three pairs of somites are visible at this stage.

Stage 10: Four weeks after ovulation, the heart fold fuses with the neural folds and up to twelve pairs of somites develop. The precursor cells for both the ear and eye cells appear and the neural tube starts to close. One S-shaped endocardial tube forms and the cardiac muscle starts to contract.

Stage 11: Thirty days after ovulation, up to 20 pairs of somites have formed and the central nervous system is developed. If there are 20 pairs of somites, the forebrain is now closed. At this point, the heart begins to beat and peristalsis starts to move fluids through the body. Optical vesicles and two pharyngeal arches also appear.

Stage 12: Thirty-two days after ovulation, up to 29 pairs of somites have formed and the upper limb buds have developed. The brain and spinal cord are large and compact and the arches for the neck and face have become evident. Differentiation of the digestive layer also gives rise to buds for the lung, stomach, liver, and pancreas.

Stage 13: Thirty-four days after ovulation, up to 40 somites are visible and the brain differentiates into the forebrain, midbrain, and hindbrain. Whereas the forebrain is associated with thinking and memory, the midbrain is associated with message relay. Thirdly the hindbrain is associated with control of the heart, breathing, and muscles. It is now possible to identify the retina, optic stalk, mouth, and tongue of the fetus. The thyroid gland also develops by this stage and the lymphatic system starts to form. The chambers of the heart are now filled with blood and the lungs continue to form. Structures in the abdomen such as the gallbladder and stomach also continue to develop.

Stage 14: Five weeks after ovulation, the lens pit and optic cup are visible and the head and brain rapidly grow. The esophagus starts to form and the four chambers of the heart are visible. Lung sacs can be seen on either side of the esophagus. The kidneys and ureter bud can also be seen and nerves start to form in the upper limbs.

Stage 15: Thirty-eight days after ovulation, the jaw begins to form and the beginning of the mouth and oral cavity are visible. The body of the eye lens also starts to take shape. By this stage, blood begins to flow through the heart. Additionally, the forearm, hand plate, and shoulder can begin to be visualized. The lower limb bud also becomes more rounded at the top where the foot will start to form.

Stage 16: Six weeks after ovulation, the hemispheres of the brain are well differentiated and the lower and upper jaws are visible. The skull and face continue to form and mammary gland tissue starts to mature. The ureter lengthens and the lower limb buds start to form the leg, foot, and thigh.

Stage 18: Seven weeks after ovulation, eyes become pigmented, the eyelids start to form and nerves develop in the scalp. The body is more cube-shaped at this stage, and both the nipples and wrist become recognizable. The kidneys also start to produce urine.

Stage 19: Fifty-two days after ovulation, the brain waves can be detected in the brain, and the gonads begin to form. The limbs have developed indentations in the knee and ankle areas, and the toenails start to grow. The trunk lengthens and becomes straighter, muscles get stronger and the bone cartilage becomes solid.

Stage 20: Eight weeks after ovulation, the brain is connected to nerves and muscles and movement is possible. The upper limbs bend at the elbows and skin folds between what will be the toes are recognizable. The nasal openings and the nasal tip are also fully developed. The testes and ovaries can now be seen.

Stage 21: Fifty-eight days after ovulation, the eyes are well developed and the tongue will be fully formed in the following few days. The feet are still fan-shaped and the toes are webbed.

Stage 22: Sixty days after ovulation, the heart is fully formed, the eyelids and ears are more developed and the upper lip is formed. In females, the clitoris starts to develop and in males, this tissue becomes the penis. The cartilage is gradually replaced with bone and the finger digits start to separate fully. The feet also become more defined.

Stage 23: Nine weeks after ovulation, the head is rounded, the ears are fully formed, taste buds develop, the upper and lower limbs are well-formed and all toe and finger digits are separated.