What is a Zoonosis? History & Outbreaks

Zoonosis is a disease that can be transmitted to humans from animals. Transmission occurs when an animal infected with bacteria, viruses, parasites, and fungi comes into contact with humans.

Zoonotic diseases can be global, or they can be inherent to a specific region of the world. The pandemic of the coronavirus disease 2019 (COVID-19) which s caused by the severe acute respiratory syndrome coronavirus 2 (SARS-CoV-2) has been classified as a zoonotic disease, however, no animal reservoir has yet to be confirmed.

The number of zoonotic diseases may increase as rates of worldwide travel, globalization of markets, and the human destruction of animal habitats continue to rise.

Humans can come into contact with animals in a number of ways. People have been keeping domesticated animals for companionship and protection. Many humans have also raised farm animals for food for thousands of years.

Humans can also be exposed to animals during nature hikes, trips to the park or beach, at farms, zoos, or state fairs, or in their own gardens. Certain occupations such as farm workers, wildlife biologists, veterinarians, or even construction workers building homes on newly cleared land are particularly susceptible.

In addition, increased rates of globalization and worldwide travel enable zoonotic diseases that may have once been limited to specific geographical locations to now appear all across the globe. For example, two healthcare workers in the United States were exposed to the Ebola virus while caring for sick travelers from Africa, even though the bats that are thought to host the virus are not native to the U.S.

Children under the age of 5, pregnant women, adults over the age of 65, as well as people with compromised immune systems are particularly susceptible to zoonotic diseases. Although there are animals all around us, there are a number of precautions that a person can take to protect themselves.There are numerous modes of zoonotic disease transmission. Humans can become infected through a tick or mosquito bite, handling or eating undercooked or raw meat, or coming into contact with the blood, urine, or feces of an infected animal.

First, it is important to regularly use bug repellent containing 20% N,N-Diethyl-meta-toluamide (DEET) to prevent mosquitoes and ticks from biting. It is also crucial to check for ticks on the skin after spending time outside.

Second, thorough washing of the hands and vegetables both during and after meal preparation, as well as the complete cooking of foods, can limit food-borne illnesses. Lastly, it is recommended to always thoroughly wash hands after visiting a farm, zoo, state fair, or any facility where a person may touch animals.

Zoonoses are diseases transmitted to humans from animals.  Animals infected with bacteria, viruses, parasites, or fungal infections can pass their infectious agent onto humans through bites or skin abrasions.

Humans can also contract a zoonotic disease through accidental ingestion of meat, vegetables, or dairy products contaminated with the infectious agent or animal waste.

United States Center for Disease Control and Prevention (CDC) estimates that three out of every five new human sicknesses are attributable to zoonosis. The list of zoonosis carriers is extensive, with both wild and domesticated animals that can act as disease carriers.

Humans have raised animals for transportation, food production, and personal security for thousands of years. The first domesticated animals were thought to exist as far back as 3,000 years ago.

Although farm and home animals provide humans with many benefits, they also transmit a whole host of diseases to their human caretakers.  For example, farm cattle can transmit bovine tuberculosis (TB), a disease caused by the Mycobacterium bovis bacteria that was responsible for thousands of deaths in Britain and the United States during the 19th and early 20th centuries.

Bovine TB displays classical symptoms of TB, including a persistent cough, fever, weight loss, and, in some cases, death. Humans can contract bovine TB through direct contact with an infected animal, drinking unpasteurized milk, or eating undercooked meat from an infected animal.

Routine pasteurization of milk sold for public consumption and improvements in farm management practices have greatly reduced the prevalence of bovine TB infection.

Farm cattle, sheep, and goats are responsible for the transmission of verotoxigenic E. coli (VTEC) to humans.

VTEC is a group of bacteria including E. coli O157 that cause diarrhea and gastrointestinal pain. Since E. coli naturally resides in the animal gut, human infection with E. coli typically occurs by ingesting animal products that have come in contact with feces from an infected animal, or by ingesting vegetables irrigated with feces-contaminated water.  The mode of bacterial transmission combined with modern farming methods enables E. coli to potentially infect many hundreds of people at once.

Wild animalsFarm animals are also responsible for a range of other infections including salmonella from poultry and pigs, ringworm from cattle and horses, and anthrax from sheep, goats, pigs, and cattle.

Animals living in wild habitats transmit a variety of human diseases.  Humans who hike in forested areas or spend time outdoors may encounter, and be bitten by, a deer tick.

Deer ticks are the host for the Borrelia burgdorferi bacteria, which causes Lyme disease. Deer ticks spread the bacteria from animal to human when first feeding on the blood of deer, mice, squirrels, or bats and then biting a human.

Lyme disease is especially prevalent in the northeastern United States and parts of Europe. Lyme disease begins with a red bullet-like rash at the site of the tick bite and can develop into long-lasting flu-like symptoms, fatigue, and arthritis if left untreated.

Several zoonotic diseases are transmitted by mosquitoes, including malaria, yellow fever, and West Nile virus. Malaria is currently one of the biggest worldwide public health issues, taking economic and social tolls on individuals and governments.

Rabies is a viral infection transmitted to humans through the saliva (from a bite or scratch) from an infected animal—typically dogs, bats, foxes, skunks, raccoons, and other mammals.

Rabies infection begins with flu-like symptoms and can escalate to inflammation of the brain and spinal cord, often resulting in death. Due to aggressive immunization campaigns, rabies is now rare, except in developing countries with inadequate healthcare resources.

Zoonoses are diseases that are transmitted from animals to humans. Moreover, zoonoses can stem from the bacterial, viral, parasitic, or fungal infection of an animal host that spreads to humans through bite, scratch, or ingestion.  Zoonotic diseases have had a major impact on human civilization throughout history and have shaped modern societies, governments, and farming practices.

The plague is one of the most devastating human diseases of all time. The plague is caused by the bacteria Yersinia pestis and is transmitted to humans through the bite of a flea. The plague is carried by small rodents such as rats, mice, and squirrels, which have lived among humans and their food supplies for centuries. The plague has had an enormous impact on human civilization, affecting art, literature, culture, and even human populations.

Although the presence of the plague has been noted throughout human history, there have been three major epidemics that have been particularly devastating to the human population. The first epidemic, which was the Justinian Plague, began in the middle of the 6th century in the Byzantine Empire. Over a 200-year period, it is thought that nearly 25 million people died of the plague. 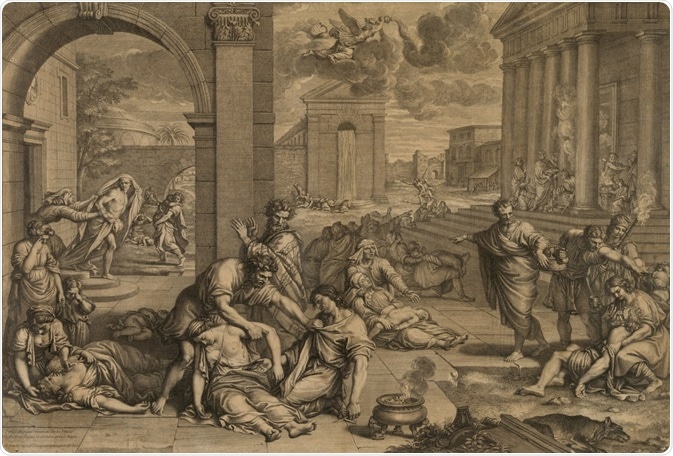 The second epidemic, which is referred to as the Great Plague or the Black Death, occurred during the 14th century. The Great Plague began in China and traveled by established trade routes throughout Asia and Europe, ultimately killing millions of people and wiping out 60% of the population of Europe.

The third plague, which is also known as the Modern Plague, began in China in the late 19th century and eventually killed 10 million worldwide. Rat-infested shipping containers and merchant ships, along with rat fleas, are considered to be likely reasons for the spread of the plague. Today, outbreaks of the plague still occur in parts of Asia, Africa, and western regions of the United States, which can be treated with antibiotics.

Bovine TB was once a significant cause of death in 19th century Europe and North America.  The large number of deaths during this time were thought to be associated with the urbanization of cities and towns, which moved people farther away from the rural farmland where milk was produced. As people were farther from the source of milk production, the time between harvesting and delivery of milk to consumers subsequently rose as well. This increased time from harvest to consumption provided ample opportunity for bacteria to grow and replicate to unsafe levels.Bovine tuberculosis (TB) is caused by the Mycobacterium bovis bacteria and is transmitted to humans through consumption of unpasteurized dairy products or direct contact with an infected animal.

In 1882, the German microbiologist Robert Koch identified bovine TB as an infectious threat to humans. Soon after in Great Britain, a Royal Commission of TB was established to tackle this issue. However, it was not until 1907 when the Royal Commission declared that TB was transmissible through infected milk and measures were taken to prevent consumption of contaminated milk.

Early efforts to eradicate TB in Great Britain focused on the management of infected cow herds by improving living conditions and enforcing the removal of cows known to be infected. Despite these efforts, the rates of bovine TB remained high. In fact, between 1912 to 1937, it is estimated that over 65,000 people died in Great Britain alone due to this infection. 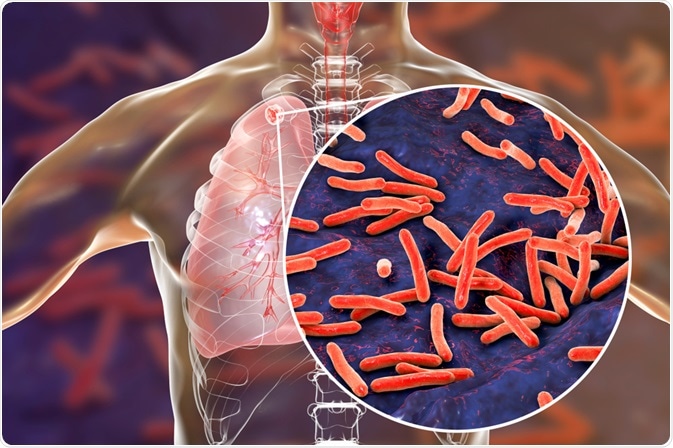 Thanks to the efforts of the French scientist Louis Pasteur, the process of pasteurization was developed to kill microorganisms in milk and other beverages using heat. In 1925, the pasteurization of milk was proved to be a safe and effective means of removing dangerous pathogens from raw milk.

Shortly after, the pasteurization of dairy products to increase public safety became more common in developing countries.  In fact, the United States instituted mandatory pasteurization of milk for public consumption in the 1930s, which was an effort spearheaded by Dr. Alice Catherine Evans from the U.S. Department of Agriculture.  In 1943, Dr. G. S. Wilson of the London School of Hygiene and Tropical Medicine declared that pasteurization of milk is the only immediate solution for supplying safe milk to the British public.  In the 1950s, the British government entities instituted a compulsory TB eradication plan that focused on cattle testing and herd management, and pasteurization of commercially sold milk soon followed.

The World Health Organization (WHO) has implemented several initiatives to help reduce the transmission of zoonoses. These include surveillance, tracking, and reporting activities, as well as the development of preparedness and response plans in the event of an epidemic infection. Public and professional education can also reduce the transmission of zoonotic diseases.

Locally, veterinarians are required to report the incidence of some zoonotic diseases in order to limit or confine outbreaks.