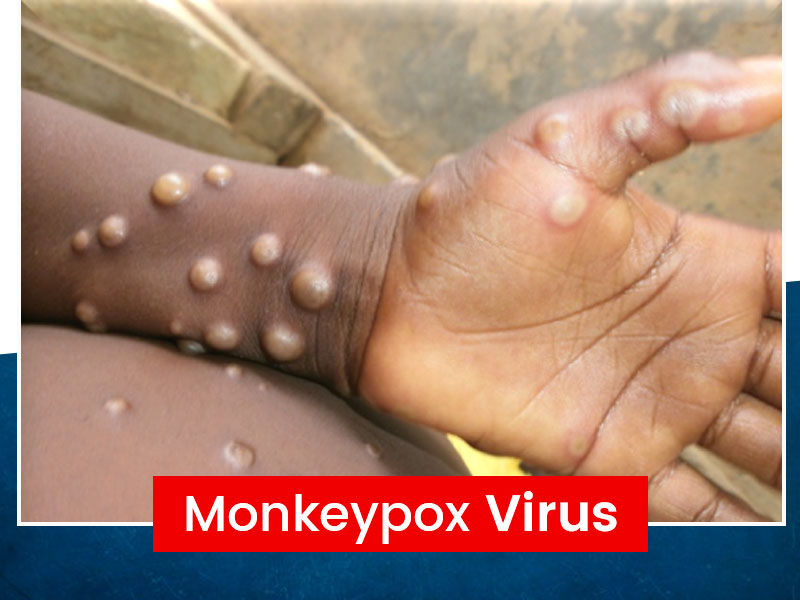 Africa's foreign press association wants media outlets to reconsider how they cover the monkeypox outbreak.
It said media outlets in the US and Europe are using stock images of Black people in their coverage.
Africa's foreign press association has condemned media outlets that use images of Black people alongside stories about the monkeypox outbreak in North America and the United Kingdom.
"As any other disease, it can occur in any region in the world and afflict anyone, regardless of race or ethnicity," the Foreign Press Association, Africa (FPAA) said in a statement shared on Twitter on Saturday.
"As such, we believe that no race or skin complexion should be the face of this disease," the statement continued.
The FPAA said it is "disturbing" that media outlets use stock images of monkeypox sufferers with Black skin for stories about the outbreak in Europe and North America.
The professional body urged outlets to instead use images of hospitals in Europe and the US or, failing that, to show electron microscope images of the virus.
"We condemn the perpetuation of this negative stereotype that assigns calamity to the African race and privilege or immunity to other races," the statement said.
The FPAA described the actions of media outlets as "very insensitive" and urged editors at news outlets to update their image policy.
It also asked editors to censure their staff from using images of Africans, people of African descent, or people living in Africa to cover outbreaks in the United Kingdom and North America.
Monkeypox cases have been reported across at least a dozen European and North American countries this month. It is the first time the virus has been found in people with no clear connection to Western and Central Africa, BBC News reported.
The monkeypox virus can bring on pus-filled boils that hurt and are infectious for weeks. It can also cause symptoms of fever, headaches, swellings, and exhaustion, according to the World Health Organization (WHO).
Monkeypox can be spread by close contact with an infected person or animal, and by touching clothing or bedding used by someone with a rash, per WHO.
Tags
Monkeypox
Related Article