Biliary atresia (BA) is a condition characterized by a discontinuity or obliteration of the extrahepatic or biliary system that results in bile flow obstruction. It is a rare disorder in newborn infants that requires early intervention, surgically, to prevent irreparable damage to the liver if left untreated. BA may be diagnosed by blood tests, abdominal X-rays, ultrasound, and liver biopsies. It is treated surgically with the Kasai procedure or by a liver transplant. 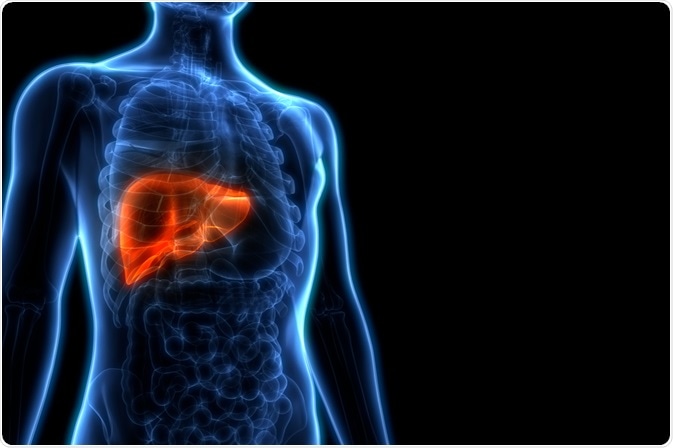 Infants affected by the condition may be grouped into three categories:

The exact cause has not yet been identified, but several factors have been taken into consideration as potential culprits. It has been suggested that BA is not inherited from the parents, however, possible triggers include infections after birth (e.g., CMV), exposure to toxic substances, gene mutations, autoimmune dysfunction, and faulty embryogenesis. BA has a predilection in premature babies, females, and infants of African American or Asian descent.

Jaundice is usually the first symptom. The infant has yellow skin as well as eyes. Other findings in these infants include light-colored stools (grey or white), poor growth and weight gain as well as very dark urine. These symptoms are a direct consequence of the failure of the liver to remove bilirubin, which is a substance physiologically produced by the breakdown of hemoglobin. Usually, bilirubin is taken up by the liver to be processed and excreted into bile. Failure of the bile ducts, like in biliary atresia, causes bilirubin to accumulate in the blood.

Named after the surgeon who invented it, the Kasai procedure is the first-line option for treating biliary atresia. It is an operation that results in a hepato-porto-enterostomy. The pediatric surgeon first removes the damaged bile ducts from the infant and then uses a loop from the intestines to replace the bile ducts. This procedure allows for the bile to flow directly from the liver to the small intestine. Thus, the attached segment of the intestine functions as the newextrahepatic bile duct system. Complications after the procedure include ascites (fluid build-up in the abdomen), a bacterial infection of the bile ducts, and portal hypertension if there is liver damage.

The Kasai procedure is not curative; however, it corrects many of the symptoms caused by the atresia. Infants who fail to receive this surgical intervention, unfortunately, rarely live past their second birthday. Moreover, the procedure is mostly only effective in infants younger than the age of 3 months. This is because these infants are less likely to have developed irreparable liver damage. Infants who already have irreparable liver damage or those who have undergone the Kasai treatment unsuccessfully require liver transplants, which are definitively curative.