How Do We Sense Pain?

Pain is a sensation that is triggered in the nervous system. It can be sharp or dull and last for short or long periods. Pain may be localized to a specific area of the body such as the abdomen, chest, or back, or it can be felt all over the body, such as when a person experiences all-over muscle ache as a result of flu. 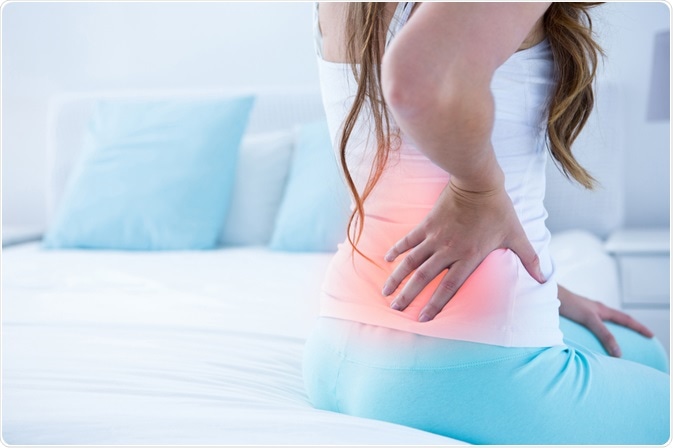 Pain serves as a warning that something is wrong and can help in diagnosing a problem. Without pain, a person would be unaware that they had hurt themselves or have a medical problem requiring treatment.

In most cases, pain ceases when the problem is treated, and this type of pain is called acute pain. However, in some cases, people experience chronic pain, which is a constant pain that lasts for weeks, months, or years. This might be due to an ongoing problem such as arthritis or cancer, but sometimes the cause cannot be identified.

Over the years, researchers have elucidated the bodily processes that lead to the pain sensation. In the case of acute pain, which occurs due to injury, for example, the pain pathway is as follows.

If a person pricks their finger on something sharp, for example, this causes tissue damage. This damage is registered by nociceptors, microscopic pain receptors in the skin. Each pain receptor is present at one end of a nerve cell or neuron and is connected to the other end in the spinal cord by a long nerve fiber called an axon.

In one spinal cord area called the dorsal horn, electrical signals travel between neurons via junctions called synapses, which are achieved employing chemical messengers called neurotransmitters. The signals then travel up the spinal cord to reach the brain.

The signals are passed to a part of the brain called the thalamus, which then distributes the signals to different brain compartments. These brain areas include the somatosensory cortex, which is responsible for physical sensation, and the limbic system, which is linked to emotions and the frontal cortex and is responsible for thinking relating to personality and consciousness.

The person then feels a sensation of pain in the finger and becomes alert that there is a problem and then has an emotional reaction such as annoyance or irritation.

After the finger has healed in this scenario, the pain sensation would cease because the nociceptors no longer detect damage to the tissue. However, in some cases, pain receptors continue firing. This may occur as a result of a disease or condition that causes continuous tissue damage.

For example, in arthritis patients, joints are continuously in a state of disrepair, which causes pain signals to carry on traveling to the brain. The nociceptors can sometimes continue to fire even in the absence of any damage, and the pain response remains the same, despite there being no physical cause. Therefore, it can be difficult to locate the origin of this chronic pain, which can make it problematic to treat.