Monkeypox Virus: Know What It Is, How It Spreads, What Causes It

The UK has confirmed one case of Monkeypox The United Kingdom has come under the attack of another virus, the monkeypox virus. Confirming the case, the UK Health Security Agency (UKHSA) said in an official statement on May 7 that the patient has a recent travel history from Nigeria, which is where they are believed to have contracted the infection, before travelling to the UK.

"We are working with NHS England and NHS Improvement (NHSEI) to contact the individuals who have had close contact with the case prior to confirmation of their infection, to assess them as necessary and provide advice," Dr Colin Brown, Director of Clinical and Emerging Infections, UKHSA said.

Currently, the patient is being treated in the specialist isolation unit at St Thomas’ Hospital. Monkeypox is a viral disease caused by the monkeypox virus which is a member of the Orthopoxvirus genus in the family Poxviridae; this virus is associated with diseases like smallpox, cowpox, horsepox, and camelpox.

The symptoms of monkeypox are similar to that of smallpox, which was declared eradicated in the 1980s.

It was first identified in human beings in 1970 in the Democratic Republic of the Congo, two years after smallpox was eradicated from that region.

As per the records of the World Health Organisation (WHO), since 1970 most cases of monkeypox have been reported from rural, rainforest regions of the Congo Basin, particularly in the Democratic Republic of the Congo, where it is now considered to be endemic.

Monkeypox virus was first identified in a colony of cynomolgus monkeys held at the State Serum Institute in Copenhagen in 1958, says a research report. "In 1966 monkeypox infection was introduced into the zoo at Rotterdam. Here the first animals affected were giant anteaters from South America, but the disease spread to various species of apes and monkeys. The viruses isolated from these animals were found to be similar and to represent a species of orthopoxvirus that had not been described before 1958," report adds.

Monkeypox is caused by two distinct clades of the monkeypox virus: the Congo Basin and the West African clades. Clades are the group of organisms that originate from a single ancestor. For example, coronavirus is a clade within the family of coronaviridae.

Of the two genetic clades of monkeypox virus, the Congo Basin is more virulent and transmissible. 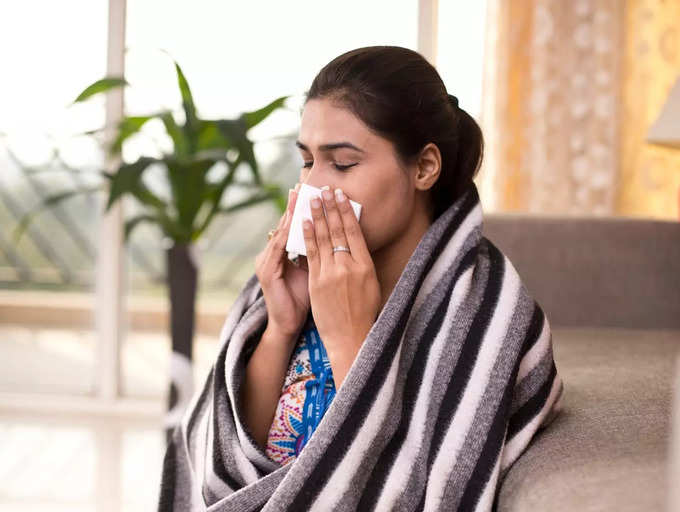 The first major monkeypox outbreak was suspected in the Democratic Republic of Congo in 1996–97, the WHO says and adds that there was lower case fatality and a higher attack rate.

In 2003, a monkeypox outbreak occurred in the United States and it was the first time the case was reported outside of Africa. "In 2003, forty-seven confirmed and probable cases of monkeypox were reported from six states—Illinois, Indiana, Kansas, Missouri, Ohio, and Wisconsin. All people infected with monkeypox in this outbreak became ill after having contact with pet prairie dogs. The pets were infected after being housed near imported small mammals from Ghana. This was the first time that human monkeypox was reported outside of Africa," the US CDC has said.

"...a shipment of animals from Ghana, imported to Texas in April 2003, introduced monkeypox virus into the United States," the US Centres for Disease Control and Prevention (CDC) adds.

After 40 years, Nigeria witnessed the largest documented outbreak in 2017. The symptoms seen during a monkeypox virus attack can be categorised in two periods: invasion period and skin rash period.

During the invasion period which is within the first 5 days of the infection, the patient experiences fever, intense headache, lymphadenopathy (swelling of the lymph nodes), back pain, myalgia (muscle aches) and an intense asthenia (lack of energy).

1-3 days after the fever, the patient will experience rashes on the skin. "The rash tends to be more concentrated on the face and extremities rather than on the trunk. It affects the face (in 95% of cases), and palms of the hands and soles of the feet (in 75% of cases). Also affected are oral mucous membranes (in 70% of cases), genitalia (30%), and conjunctivae (20%), as well as the cornea," says a WHO report.

"The rash evolves sequentially from macules (lesions with a flat base) to papules (slightly raised firm lesions), vesicles (lesions filled with clear fluid), pustules (lesions filled with yellowish fluid), and crusts which dry up and fall off. The number of the lesions varies from a few to several thousand. In severe cases, lesions can coalesce until large sections of skin slough off," the report adds.

The UK person who has been detected having monkeypox virus has showed symptoms like fever, headache, muscle aches, backache, swollen lymph nodes, chills and exhaustion, the UKSHA has said.

​Monkeypox: How is it transmitted? Monkeypox is transmitted to humans from wild animals. It is transmitted from an infected human to a healthy human, as well, by contact with lesions, body fluids, respiratory droplets and contaminated materials such as bedding.

"The route of infection can be percutaneous, through bites or scratches of infected animals or during manipulation of infected material, or via respiratory or mucosal routes," says a research report.

The UKSHA has emphasized on the lower probability of human transmission of monkeypox. "It is important to emphasise that monkeypox does not spread easily between people and the overall risk to the general public is very low," says Dr Colin Brown, Director of Clinical and Emerging Infections, UKHSA. Research studies have established that human to human transmission of monkeypox virus accounts for 10–30% of cases.

In the African region, the spread of the infection is related to the hunting, skinning, preparing, and eating of infected rodents and monkeys and in the USA outbreak the chief reasons were importation of infected prairie dogs to be commercialized as pets.

On the 2003 monkeypox outbreak, the US CDC explains that the shipment of animals from Ghana, imported to Texas in April 2003, consisted of 800 small species of mammals which included six different types of rodents like rope squirrels, tree squirrels, African giant pouched rats, brush-tailed porcupines, dormice, and striped mice. "CDC laboratory testing showed that two African giant pouched rats, nine dormice, and three rope squirrels were infected with monkeypox virus. After importation into the United States, some of the infected animals were housed near prairie dogs at the facilities of an Illinois animal vendor. These prairie dogs were sold as pets before they developed signs of infection," the US CDC explains.

​Monkeypox virus: What are the risk factors? The case fatality ratio of monkeypox has varied between 0 and 11 % in the general population, and has been higher among young children, says the WHO.

Though monkeypox is said to be a self-limited disease, severity of the infection depends on several factors like age, exposure, patient health status and nature of complications.

Young children are most susceptible to this viral attack.

Eating inadequately cooked meat and other animal products of infected animals is a possible risk factor.

Many research studies have found that the possible risk factors of monkeypox within a household are sleeping in the same room or bed, or using the same plate or cup.