Phototherapy refers to when light is used as a therapy to treat a medical condition. For thousands of years, sunlight has been known to be beneficial as a treatment for certain skin disorders.

Now, scientists know that it is the invisible, ultraviolet (UV) part of sunlight that improves skin conditions, particularly the ultraviolet A (UVA) and ultraviolet B (UVB) rays. UV light reduces skin inflammation and can therefore benefit patients with inflammatory skin conditions such as psoriasis. 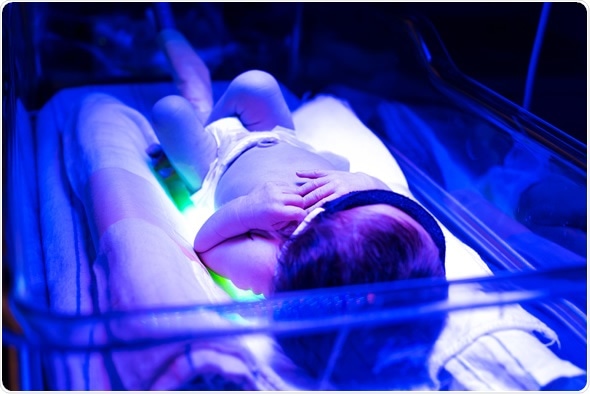 Also sometimes called photochemotherapy, PUVA combines a chemical sensitizer called psoralen with UVA to intensify the effects of UVA therapy among patients who fail to respond to UVB therapy. Psoralen, which is taken by mouth one hour before the phototherapy begins, increases the skin’s sensitivity to UVA light.

The treatment is given two to three times a week over the course of 12 to 15 weeks, which is often followed by a weekly maintenance therapy. The treatment is never given on two consecutive days.

The amount of skin exposed to the light depends mainly on how severe the condition is. Most patients have all of the body exposed, aside from the eyes, which are protected with goggles. The male genitalia are also covered, with groin protection. If the face has not been affected by the skin condition, a face shield may also be worn. Giving more than 150 to 250 treatments over a lifetime, is not recommended due to an increased risk of skin cancer developing once this limit is exceeded.

Typically, a patient visits a dermatology clinic and stands in a 5’ by 7’ light box after having removed their clothes from the affected parts of the body. The light is shone for 1 to 10 minutes, with the exposure time increasing gradually, the more treatments are received.

The percentage of patients that experience the various side effects of PUVA therapy are given below:

Most side effects are temporary, but the most common reason patients stop their treatment is nausea. People who receive PUVA therapy are at an increased risk of squamous cell skin cancer, which is a common and easily treated form of skin cancer. Reports have also shown an increased risk for melanoma, although this is only thought to be the case when a person has received at least 150 PUVA treatments.

PUVA can cause cataracts to develop if protective goggles are not worn while a patient receives their treatment. The patient must wear these goggles while in the light box and, once treatment is complete, UVA-absorbing sunglasses must be worn for the following 24 hours. The sunglasses need to be worn indoors as well as outdoors, if any sunlight enters indoor areas through windows. Patients must also avoid exposing their skin to any sunlight for the 24 hours following treatment.