Role of Dopamine in Pain

Dopamine is a member of a class of molecules called the catecholamines, which serve as neurotransmitters and hormones. In the brain, dopamine serves as a neurotransmitter and is released from nerve cells to send signals to other nerves. Outside of the nervous system, it acts as a local chemical messenger in several parts of the body. 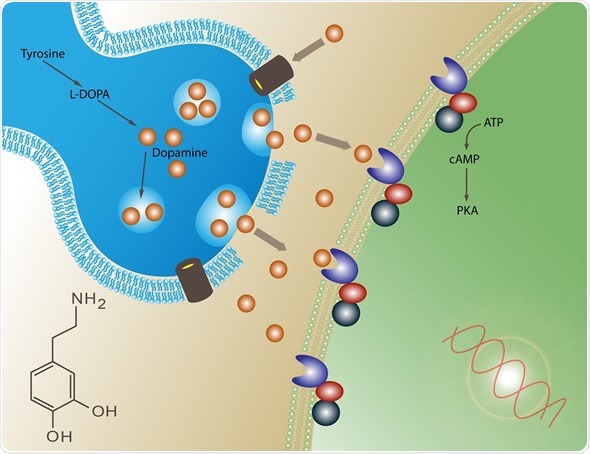 A number of important neurodegenerative diseases are associated with abnormal function of the dopamine system and some of the main medications used to treat those illnesses work by changing the effects of dopamine. The condition Parkinson’s disease is caused by a loss of dopamine secreting cells in a brain area called the substantia nigra.

The metabolic precursor for dopamine, L-Dopa can be manufactured and in 1970, the Food and Drug Administration approved L-Dopa (brand name levodopa) for the treatment of Parkinson’s disease.

Dopamine is already known to play important roles in thinking, memory, movement and reward. However, recently, researchers have shown that dopaminergic neurotransmission plays a central role in modulating pain perception and analgesia within certain parts of the brain including the insula, thalamus, basal ganglia, anterior cingulate cortex and periaqueductal gray. Low levels of dopamine probably contribute to the painful symptoms suffered by people with Parkinson’s disease and abnormal dopaminergic neurotransmission has also been demonstrated in painful conditions such as fibromyaliga, burning mouth syndrome and painful diabetic neuropathy. 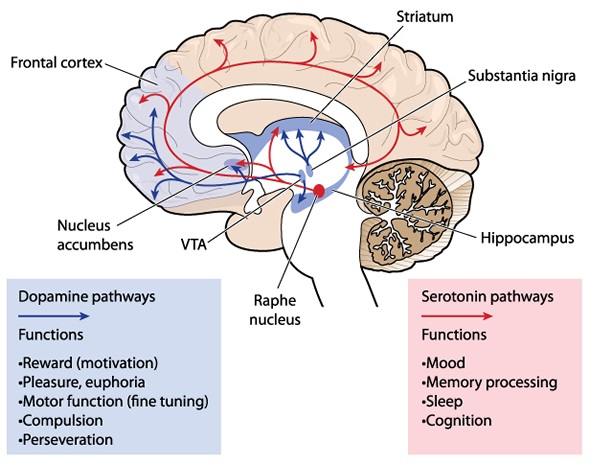 In cases of acute pain suffered after an injury, pain signals are sent from the site of injury, to the spinal cord, which, in turn, relays them to brain cells which then spread them throughout the brain. In chronic pain conditions, however, neurons continue sending pain signals to the brain, even when there has not been any injury. It is estimated by the Institute of Medicine that more than 100 million individuals in the US suffer from chronic pain, which results in around $600 billion being spent per year on lost productivity and medical care.

This year, researchers from the University of Texas published a study in the Journal of Neuroscience showing that dopamine may play a key role in maintaining chronic pain. The researchers traced the pain signalling pathway between the brain and spinal cord in an animal model and found that removing dopamine-containing cells reduced chronic pain.

The study demonstrated that a group of cells containing dopamine, referred to as A11, have no effect on acute pain, but do seem to have a significant effect on chronic pain. The researchers believe the study increases the understanding of the factors that contribute to pain, which could eventually lead to improved treatments. Lead author of the paper, Ted Price, says that the finding could open up new opportunities for targeting medicines that can reverse chronic pain.

In the future, the team would like to investigate the interaction between stress and A11 and to find out more about the molecular mechanisms that promote dopamine and chronic pain.