Gastritis is a common condition in which the stomach lining becomes inflamed. There are many potential causes of gastritis, from infections, physical damage to the stomach lining, or a response from the autoimmune system. Stress or trauma can also cause gastritis. If left untreated, gastritis may last for years. 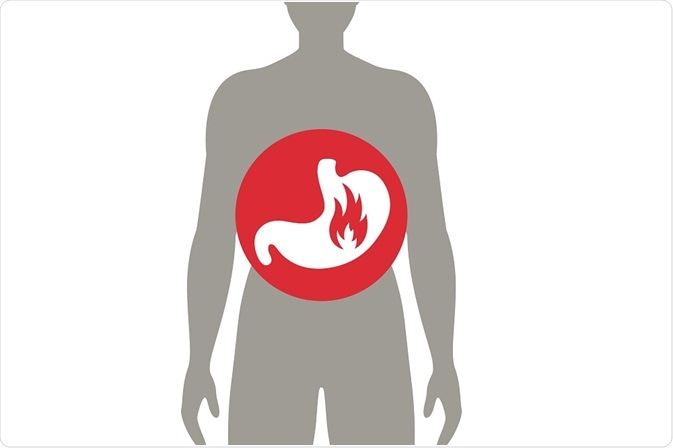 Acute gastritis may be caused by toxins, nonsteroidal anti-inflammatory drugs (NSAIDs) and excessive alcohol consumption. Other causes of acute gastritis include major surgery, trauma, burns or severe infection. Acute gastritis may also occur as a result of bariatric (weight loss) procedures that involve banding or reconstructing the digestive tract.

Long-term or chronic gastritis can be caused by infections with bacteria such as Helicobacter pylori. Certain diseases can also predispose patients to gastritis. These diseases include chronic bile reflux, pernicious anemia and autoimmune disorders.

What are the symptoms of gastritis?

Some of the most common symptoms of gastritis include:

How is gastritis diagnosed?

To diagnose gastritis, a detailed history of the patient’s symptoms can be obtained, which includes the severity of the symptoms, their frequency and any possible triggers. The patient can also be asked about any relevant lifestyle factors such as alcohol intake, smoking, dietary habits and the use of medications such as non-steroidal anti-inflammatory drugs (NSAIDs).

A gastroscopy may be performed, which is a type of upper gastrointestinal endoscopy. The procedure involves an endoscope being inserted into the patient’s stomach to examine the internal walls of the esophagus and stomach. This procedure is often used to confirm a diagnosis. If metaplasia (pre-cancerous changes) or gastric cancer is suspected, a biopsy sample may also be taken from the affected area.

Blood tests may be carried out to check for Helicobacter pylori (H. pylori) as well as to check blood cell counts and the function of the liver, kidneys, gall bladder and pancreas. H. pylori is a bacterium that is found on the epithelial surface of the stomach. It is a common stomach infection that doesn’t usually produce symptoms.

When symptoms do occur, they come in the form of regular indigestion, as the bacteria can inflame the stomach lining. Unless treated with eradication therapy, which includes antibiotics and proton-pump inhibitors (PPIs), an H. pylori infection is usually a life-long condition, and H. pylori has also developed resistance to certain antibiotics. The infection is more likely to present in older people. It is also a common cause of chronic non-erosive gastritis.

Other diagnostic measures can be taken for gastritis. These can also include a series of X-rays to generate images to check the stomach, esophagus and small intestine for any abnormalities. Also called a barium swallow, the procedure involves swallowing a contrast medium containing barium, which highlights any abnormality during the imaging study.

It is possible for a patient to treat gastritis themselves. The aim of gastritis treatments is to reduce the amount of acid in the stomach, so that the stomach can heal and ease symptoms.

To ease the symptoms of gastritis, patients can use:

Dietary and lifestyle changes that may also help are given below:

If a patient takes painkillers regularly, switching to a painkiller that isn’t in the NSAID class, which can be the cause of some gastritis cases, can also help ease symptoms. It is important to discuss changes in medications with a healthcare provider.

A person can have a higher risk of developing the following conditions if they have gastritis: