What is Jet Lag?

Jet lag is the feeling of fatigue that occurs when you take a long flight that crosses several time zones. This is why it is also called ‘time zone change syndrome'. The severity of jet lag symptoms depend upon: 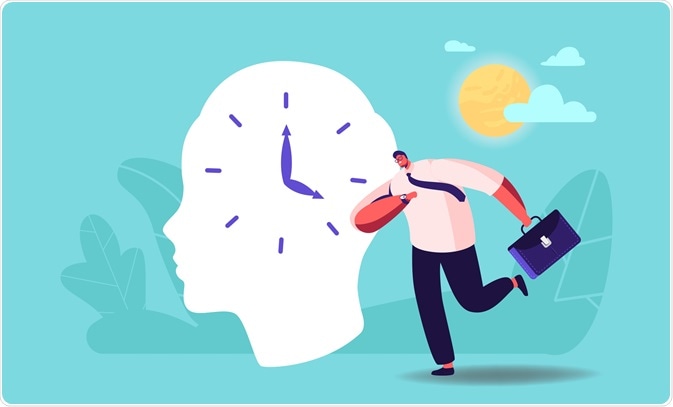 Besides fatigue, the traveler may experience an untimely appetite, such as feeling ravenous at midnight, and odd sleep/wake hours. There may also be symptoms such as an upset digestion, alterations in the bowel and bladder habits, and fluctuations in blood pressure. Travelers may also experience lapses of memory, irritability, and poor judgment.

Jet lag is due to the difference between the body’s natural daily rhythms, which are initially set to the time zone from which you started, and the time zone of your destination. It takes time for the body to learn that the time zone has now changed, with the daylight hours beginning at a different time. The time required for learning this may last anywhere from a few days to a few weeks.

Biorhythms are also called Circadian (daily) rhythms. These are set to a biological clock in the part of the brain called the hypothalamus, which also receives light signals from the eyes. This controls the patterns of bodily functions, such as digestion, brain cycles, hormone secretion, and other vital functions such as heart rate, and blood pressure troughs and peaks, to fit a 24-hour cycle.

It is generated by the secretion of melatonin and other brain chemicals in response to sunlight. Apart from light, there are other agents which modify the biological clock. These include meal timings, exercise, temperature, social activity and some medications. Sunlight is the most powerful clock-setter. Thus blind people can experience absolute disarray of bodily cycles if other modifiers are not applied.

When you fly east, your circadian rhythms are now several hours behind the time in your destination time zone. This means you are trying to do things several hours before your body is ready to do them. This is technically called a phase advance and is more difficult to overcome than the opposite, which is called a phase delay.

This is simply because our natural rhythm tends to delay slightly every day so that, if the body is allowed its free-flowing rhythm, things happen a little later every day (when no routines are in place). Phase delays are simply an exaggeration of this tendency and may be accepted by the body a little more easily. 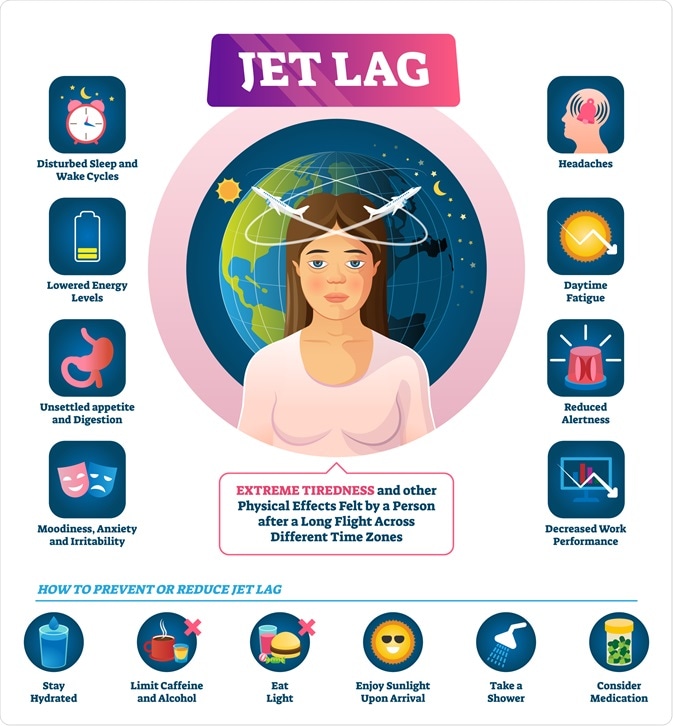 Researchers have been successful in finding some techniques to re-entrain the circadian rhythms to the new time zone. These include:

Medications are sometimes used, and include: