What is Joubert Syndrome?

Joubert syndrome is an autosomal recessive neurodevelopmental disorder that is characterized by a brain abnormality called the “molar tooth sign.” The molar tooth sign, which is visible on brain imaging studies like magnetic resonance imaging (MRI), results from the abnormal development of regions in the cerebellar vermis and the brainstem. These specific brain abnormalities resemble the cross-section of a molar tooth when seen on an MRI, hence the name. 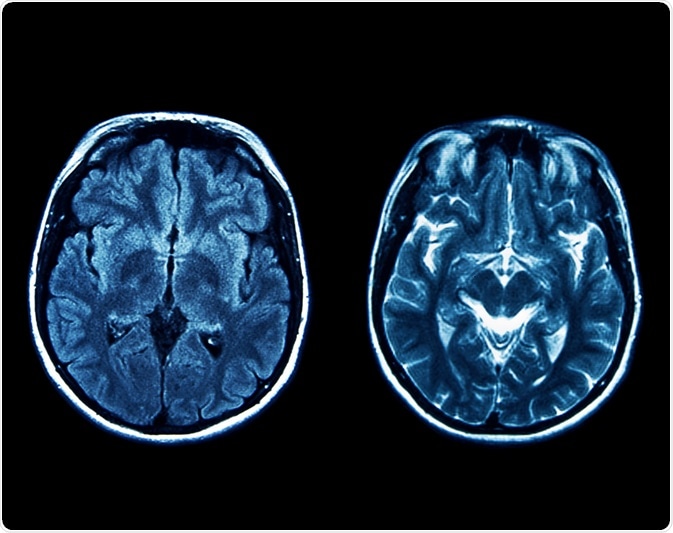 The cerebellar vermis is responsible for the control of posture and muscles, as well as the movements of the head and eye. The brainstem supervises vital functions such as breathing, pulsations of the heart, and temperature control. Therefore, the abnormal development or absence of these two structures inevitably affects their functions.

Joubert syndrome is estimated to affect between 1 in 80,000 and 1 in 100,000 newborns; however, this could be an underestimate, given the broad spectrum of features, particularly those with the milder manifestations of the condition. Although the clinical course of the disease can be variable, a majority of affected children survive infancy to reach adulthood.

Most individuals with Joubert syndrome present with hypotonia, or decreased muscle tone, in infancy, which progresses to ataxia, which is a lack of muscle control during voluntary movements, in early childhood. Ocular, oral-motor, and speech dyspraxia are also often present, thus hampering communication abilities.

Respiratory abnormalities are represented by short interchanging episodes of apnea and tachypnea, or episodic tachypnea alone. These complications of Joubert syndrome tend to arise shortly after birth, escalate with emotional stress, and continuously improve with age. In fact, these respiratory abnormalities generally disappear around the sixth month of life.

The presence of nystagmus, which is defined as repetitive and uncontrolled movements of the eye, saccades instead of smooth pursuit. Additionally, individuals with Joubert syndrome will often follow targets with head movements rather than eye movements. Taken together, these are the predominant clinical signs of Joubert-related eye abnormalities.

While most reports indicate that patients with Joubert syndrome have significant intellectual disabilities and delayed development, the range of cognitive functions is quite broad. Although some consider that patients with this disease are autistic, many of them are quite interested in social interaction, readily engage in pretend play, and exhibit theory of mind, all of which are inconsistent with autism.

Distinctive facial features characteristic of Joubert syndrome include a broad forehead, arched eyebrows, eyelid ptosis, widely spaced eyes, triangle-shaped open mouth configuration, and hypotonia of the face. Some individuals with this syndrome also present with polydactyly (extra fingers or toes) of the hands or feet, which can take many forms.

Joubert syndrome can encompass a wide range of additional clinical signs and symptoms; therefore, the term “Joubert syndrome and related disorders” has been adopted to describe all disorders presenting with the “molar tooth sign” on brain imaging. Some of the additional features of these disorders can include kidney disease, liver disease, hormonal problems, retinal dystrophy, ocular colobomas, Hirschsprung's disease, and a myriad of other pathologies.

Management of the condition and prognosis

Treatment for Joubert syndrome is mainly symptomatic and supportive; thus, each treatment plan must be individualized for each child’s unique needs. Infant stimulation with physical, occupational, and speech therapy may prove beneficial and help affected children achieve their maximum potential.

Infants with respiratory abnormalities should be closely monitored. Screening for progressive liver, kidney, or eye complications associated with Joubert syndrome-related disorders should be performed on a regular basis.

The prognosis for infants with this syndrome depends on whether or not the cerebellar vermis is partially developed or completely absent, as well as on the severity of other organ involvement. Some children can present with a mild form of the disorder, with good mental development and minimal motor disability, whereas others may have significant cognitive impairment, a drastic lack of muscle control, and multi-organ pathology.

There is a considerable amount of research that is currently taking place on Joubert syndrome in the field of genetics in an effort to increase the recognition of the genetic mutations that are responsible for the disease. Data from these genetic studies have already enabled earlier and more accurate prenatal testing. In fact, many scientists in this field believe that these studies could lead to the replacement of the faulty gene in the future.

While treating this neurological disorder is an extremely daunting task due to the complexity of the brain, there is a lot of progress in the development of educational and therapy strategies. High-throughput technologies combined with genetic approaches to evaluate protein-protein interaction will yield a more accurate view of the complex mechanism underlying Joubert syndrome.