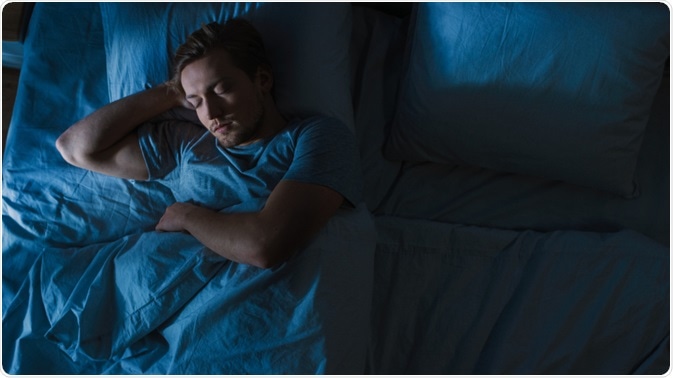 During these episodes, affected individuals often sleep for up to 20 hours per day and are unable to meet the work and social demands of their everyday life. These episodes usually last for a few weeks, then the individual returns to near-perfect health until the initiation of the next episode.

Kleine-Levin syndrome usually presents in adolescence; however, symptoms can begin at any age ranging from childhood to adulthood. This condition affects more males than females, with approximately 70% of Kleine-Levin patients being male. However, the females who are affected tend to have a longer course of disease than men.

An individual with Kleine-Levin syndrome experiences periodic episodes of altered sleep habits and behaviors. Between these episodes, patients do not notice any symptoms and appear to be in otherwise perfect health.

During an episode of Kleine-Levin syndrome, the patient becomes very drowsy and sleeps throughout the night and most of the day, known as hypersomnolence. In many cases, individuals sleep continuously and wake up only for short periods to eat or go to the bathroom, which can disrupt their professional or social life considerably.

Additional characteristic symptoms of Kleine-Levin syndrome may include:

Symptoms during an episode may last for a few days but can continue for several months in some cases, inhibiting normal daily activities. These symptoms will eventually resolve spontaneously for a period of time until another episode begins suddenly sometime later.

The diagnosis of Kleine-Levin syndrome is usually delayed for several years after the presentation of the first episode, as initially the symptoms are attributed to other sleeping disorders. There is a characteristic pattern in Kleine-Levin syndrome, which occurs in distinct periodic episodes, that sets the condition apart from other sleeping disorders.

The diagnostic criteria of Kleine-Levin syndrome are recurrent episodes of severe hypersomnia (2-31 days), interspersed with long periods of regular sleep habits, cognition mood, and behavior. During episodes, affected individuals will also exhibit at least one of the following symptoms:

The diagnosis of Kleine-Levin syndrome should be differentiated from other cyclic hypersomnia disorders, such as premenstrual syndrome in adolescent women, and encephalopathy, recurrent depression, and recurrent psychosis.

There is no specific treatment for the prevention of Kleine-Levin syndrome episodes. As a result, watchful waiting is usually the recommended approach rather than pharmacotherapy.

During an episode, medications may be recommended to manage excessive sleepiness symptoms. This may include stimulant medications, such as modafinil, amphetamines, or methylphenidate. However, these medications are not able to effectively improve cognitive abnormalities and are associated with certain side effects such as irritability and other mood changes.

Other pharmacotherapy options that are sometimes recommended include lithium and carbamazepine. These drugs have been suggested for use due to the similarity in symptoms between Kleine-Levin syndrome and other mood disorders. Therefore, these agents may be effective in preventing or prolonging the period before the initiation of another episode.

Additionally,  some alternative pharmacological treatments are currently being used to test the response of an individual. This includes phenytoin, which is an anticonvulsant medication, that has appeared to precipitate a positive response in some patients.