Menorrhagia is defined as the occurrence of excessive bleeding, with respect to quantity and duration, during regular menstruation.

Menorrhagia is clinically defined as more than 80 milliliters (mL) of blood loss during each period, or periods lasting more than 7 days. A normal period comes every 21-35 days, with an average of 25-80 mL of blood being lost during each cycle. 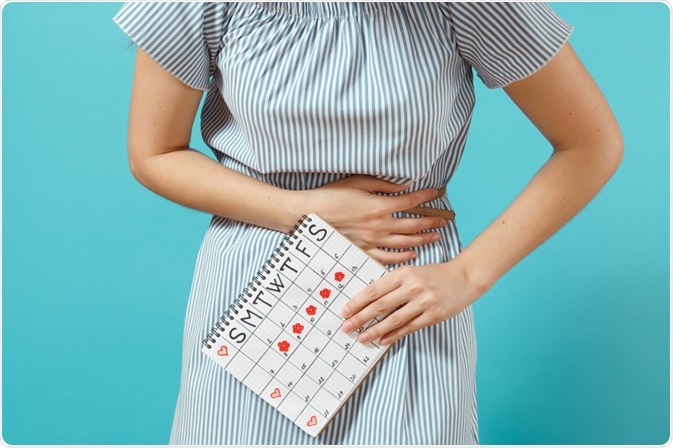 The most common factors that are associated with menorrhagia include:

A physical examination may allow for the identification of conditions that cause or contribute to the menorrhagia. These signs will also show if there is obvious anemia as a result of severe blood loss, or if the bleeding is heavy enough to pose danger to the patient’s life.

Some of the common signs that healthcare professionals will look for during a physical examination include:

The cause of menorrhagia is sought by a careful history of additional symptoms, a physical examination, as well as blood tests to evaluate hormonal levels, other possible contributing factors, the presence of a pelvic infection, or bleeding disorders.

Cultures may be taken if there is any suspicion of a pelvic infection. A pelvic ultrasound and other imaging procedures may be needed to confirm the diagnosis.

The treatment of menorrhagia depends upon many factors, such as:

Treatment commonly starts with treating all contributing or causative medical conditions, such as bleeding disorders, thyroid disease, or hormonal imbalances.

If the treatment of these underlying conditions is not sufficient to reduce the bleeding and its associated symptoms, menorrhagia can also be treated with drugs including:

Several surgical options are also available to treat menorrhagia. Dilatation and curettage, for example, involves the scraping away of the uterus lining to check for a hormonal imbalance and reduce the endometrial thickness, as well as immediately reduce bleeding for the current cycle.

Endometrial ablation and/or endometrial resection refers to various techniques to achieve permanent removal of the uterine lining without removing the uterus or ovaries. This procedure, which often lightens the period, is only suitable for women who are willing and able to practice reliable contraception until menopause, as the thinned-out uterine lining cannot support a pregnancy successfully.

A hysterectomy is a procedure in which the uterus is removed. This is a major procedure requiring hospitalization but completely ends periods and may be a last resort in intractable menorrhagia.