What Is Monkeypox? All About Rare Viral Infection

An individual in England was diagnosed with monkeypox this month. The person has a recent travel history from Nigeria, which is where they are believed to have contracted the monkeypox virus, before travelling to the United Kingdom. 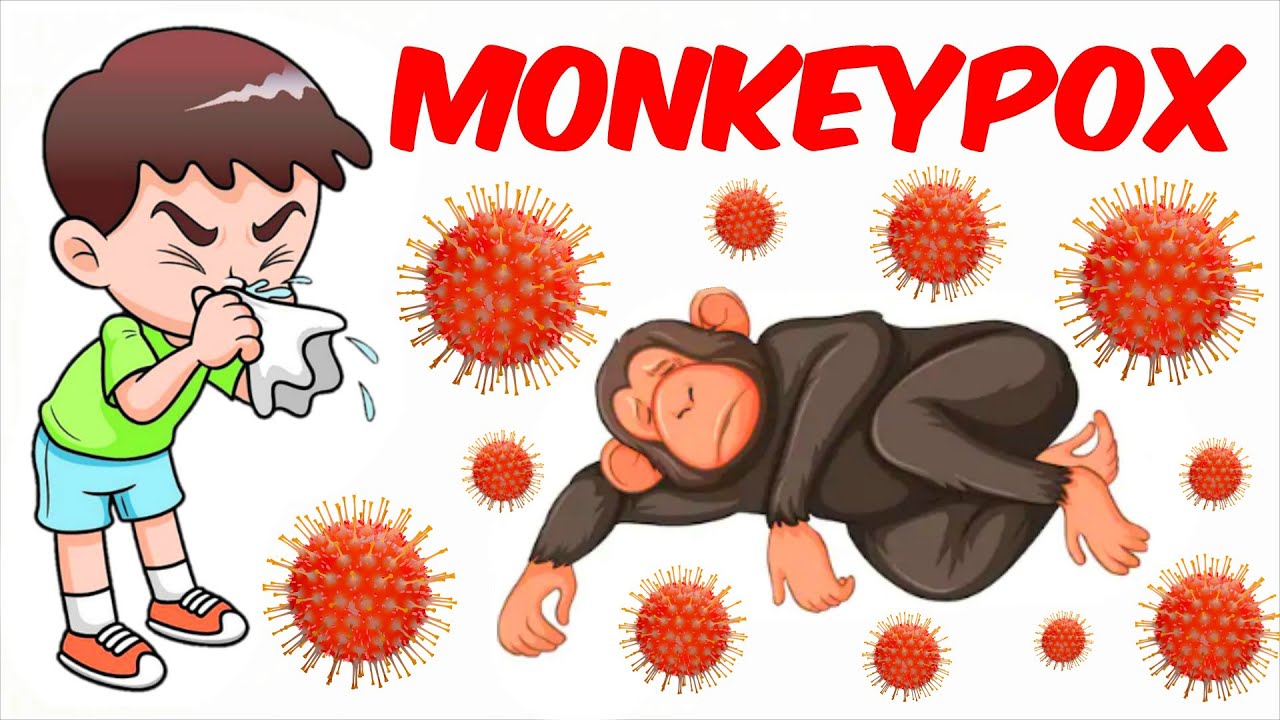 The patient is receiving care at the expert infectious disease unit at the Guy's and St Thomas' NHS (National Health Service) Foundation Trust, London, according to a statement issued by the UK Health Security Agency (UKHSA). Experts at the UKHSA and NHS colleagues are working together to contact people who might have been in close contact with the patient, including passengers who travelled in close proximity to the individual on the same flight to the UK.

Monkeypox is a rare zoonotic disease (infectious disease that is transmitted between species from animals to humans or from humans to animals) caused by infection with monkeypox virus, and does not spread easily between people. Most people recover from monkeypox within a few weeks as it is usually a mild self-limiting illness. However, some individuals can suffer from severe illness.

Though there is a very low risk of transmission to the general population, monkeypox can be spread when someone is in close contact with an infected person.

The monkeypox virus belongs to the Orthopoxvirus genus in the family Poxviridae, and was first discovered in 1958 when two outbreaks of a pox-like disease occurred in colonies of monkeys kept for research.

The Orthopoxvirus genus includes variola virus, which causes smallpox, vaccinia virus, which is used in the smallpox vaccine, and cowpox virus.

In 1970, the first human case of monkeypox was recorded in the Democratic Republic of Congo (DRC), during a period of intensified effort to eliminate smallpox, according to the Centers for Disease Control and Prevention (CDC). Since 1970, monkeypox has been reported in several other central and western African countries.

Monkepox virus has emerged as the most important Orthopoxvirus, following the eradication of smallpox in 1980, according to the World Health Organization (WHO). People outside of Africa have also suffered from monkeypox. Cases have been reported in the United States, Israel, Singapore, and the UK.

According to the CDC, the natural reservoir of monkeypox remains unknown. African rodents and non-human primates such as monkeys may harbour the monkeypox virus and infect people.

What Are The Signs And Symptoms Of Monkeypox?

Smallpox and monkeypox are different in the fact that the latter causes lymph nodes to swell, while smallpox does not. The swelling of lymph nodes is called lymphadenopathy. The incubation period of monkeypox is usually seven to 14 days, but can range from five to 21 days, according to the CDC.

During the skin eruption period, the patient develops a rash within one to three days after the appearance of the fever. The rashes begin on the face, then spread to other parts of the body.

Lesions progress through the stages of macules, papules, vesicles, pustules, and scabs before falling off.

Monkeypox typically lasts two to four weeks. As many as one in 10 persons who contract the disease in Africa have died.

How Does Transmission Of Monkeypox Occur?

When a person comes into contact with the monkeypox virus from an animal, human, or materials contaminated with the virus, transmission of the virus may occur.

The monkeypox virus enters the body through broken skin, respiratory tract, or the mucous membranes. A bite or scratch, bush meat preparation (meat of African wild animals), direct contact with body fluids or lesion material, or indirect contact with lesion material, such as through contaminated bedding, can result in animal-to-human transmission.

Evidence of monkeypox virus infection in Africa has been found in many animals including rope squirrels, tree squirrels, Gambian pouched rats, different species of monkey, and other organisms.

The longest documented chain of transmission in a community was six successive person-to-person infections, according to the WHO. Congenital monkeypox occurs when the virus is transmitted from the mother to the foetus via the placenta.

How Is Monkeypox Diagnosed?

A clinical feature to distinguish monkeypox from other rash illnesses such as chickenpox or smallpox is lymphadenopathy during the prodromal stage of illness. This is the period between the appearance of initial symptoms and the full development of a rash or fever.

If monkeypox is suspected in a person, health workers should collect an appropriate sample and transport it safely to a laboratory with appropriate capability. The specimens should be packaged and shipped in accordance with national and international requirements, according to the WHO.

The preferred laboratory test to detect monkeypox virus is polymerase chain reaction (PCR), for its accuracy and sensitivity.

The optical diagnostic samples for monkeypox are from skin lesions, and biopsy is also an option.

How To Prevent Infection With The Monkeypox Virus?

The United States Food and Drug Administration (USFDA) has approved JYNNEOS, also known as Imvamune or Imnavex, which is an attenuated live virus vaccine. These vaccines use a weakened or attenuated form of the pathogen that causes the disease. Since the vaccines are very similar to the natural infection they help prevent, they create a strong and long-lasting immune response.

Some people are at risk of occupational exposure to orthopoxviruses such as smallpox and monkeypox in a pre-event setting. For the protection of these people, the Advisory Committee on Immunization Practices (ACIP) is evaluating the Imvanex vaccine.

How Can Monkeypox Be Treated?

There is currently no proven, safe treatment for monkeypox virus infection. Smallpox vaccine, antivirals, and vaccinia immune globulin (VIG) can be used to control a monkeypox outbreak in the United States, according to the CDC.

Observational studies have found vaccination against smallpox with vaccinia vaccine to be 85 per cent effective in preventing monkeypox. This means that prior childhood vaccination may result in a milder disease course.

The original first-generation smallpox vaccines are no longer available to the general public at present. In 2019, a newer vaccinia-based vaccine was approved for the prevention of smallpox and monkeypox. However, the vaccine is not yet widely available in the public sector.