What is Nociceptive Pain?

Nociceptive pain is a type of pain that involves the detection of noxious stimuli by nociceptors, which is carried through the central nervous system for the body to respond and protect itself from harm.

Nociceptors exist in many areas throughout the body, including both somatic and visceral tissues. Examples of nociceptive pain include pain from a burn, bruise, infection, or bone or muscular injury, all of which are usually temporary but may continue for an extended period of time in some cases. 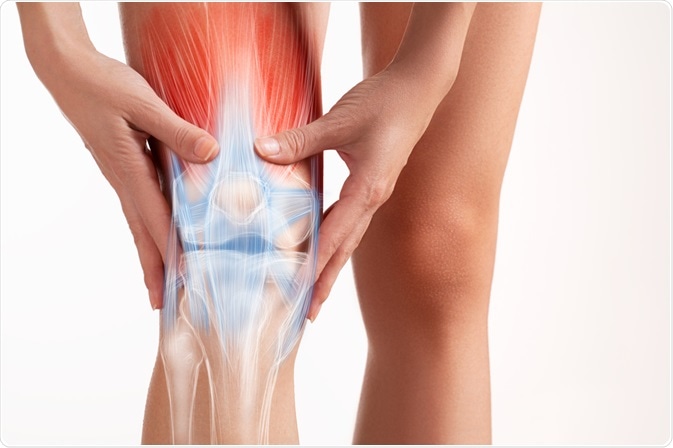 Nociceptive pain can be acute or chronic, depending on the conditions that caused the incident, although temporary cases are more common. A muscular injury, such as a sprained ankle, is an example of acute nociceptive pain, whereas pain from cancer or arthritis may be chronic.

The nociceptors in the body play a key role in the transduction phase of nociception and are responsible for the detection of noxious mechanical, thermal or chemical stimuli.

Under normal circumstances, nociceptors have a high activation threshold and require significant stimulation to generate an action potential. However, injury to the tissue of neurons or exposure to certain substances such as bradykinin, serotonin, histamine, prostaglandins, and hydrogen ions can increase the sensitivity of the nociceptors, which is known as hyperesthesia.

Within the dorsal horn, large, fast, and myelinated A-beta fibers carry the electrical signals from the mechanoreceptors and modulate the nervous activity. The final perception of nociceptive pain occurs as a result of several pathways in the spinal cord and regions in the brain.

There are two types of nociceptive pain, known as somatic and visceral pain, which are distinct in nature and the origin of the noxious stimuli

Somatic nociceptive pain originates from nociceptors in the skin, bones, connective tissue, muscles, or joints. This type of pain is usually sharp and well localized in the initial stages, although may progress into a dull ache with time, particularly for deep somatic pain in the muscles and bones.

Visceral nociceptive pain originates from nociceptors in or near the internal organs. This is usually described as a dull, aching pain in a general area and examples of this type of pain include abdominal or thorax pain.

Both somatic and visceral nociceptive pain typically respond well to analgesic medications, such as paracetamol, ibuprofen, and aspirin. They can be managed effectively with standard pain relief techniques and, unlike neuropathic pain, do not respond well to neurostimulation.