What is a Pap Smear?

A Pap smear, which is also known as a Papanicolau test, Pap test, cervical smear, or smear test, is a screening test used in gynecology that checks for cancerous or precancerous conditions of the cervix. The cervix is the lowermost part of the uterus, which protrudes slightly into the vagina and is attached to it by the cervical ligaments. From below, the cervix appears somewhat like a small pink washbowl with a minute hole in the center. 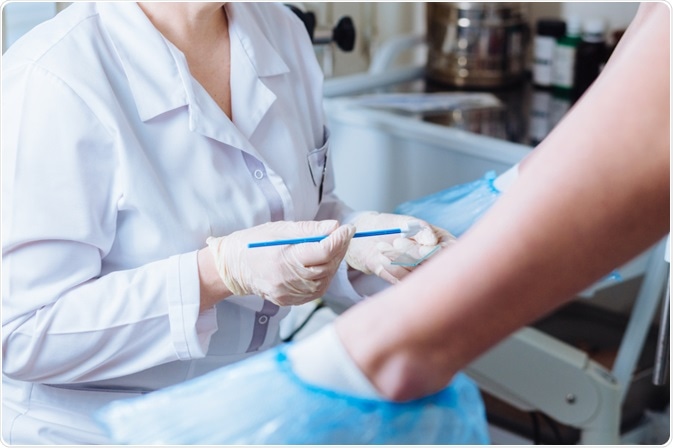 The major benefit of the pap smear is its ability to screen for cancer of the cervix. This is one of the most common female cancers; however, when can be caught early by a pap smear, can be curable. In fact, the pap smear has been credited with a more than 50% reduction in new cases of cervical cancer, as well as mortality from this disease in the United States.

Screening for cancer of the cervix usually starts at the age of 21 and is continued every 3-5 years. If a test for the presence of the human papillomavirus (HPV) is also done, the optimum screening frequency can be adjusted, as some high-risk variants of this virus increase the risk of developing cervical cancer.

After the age of 65 years, and if the last 3 pap smears within the preceding 10 years have been normal, screening may be discontinued if desired. Following a total hysterectomy, when both uterus and cervix are removed surgically, continuing pap smears may not be necessary, provided that the patient had normal tests before the surgery and does not have a history of pelvic or cervical cancer.

The pap smear is done by microscopic examination of the cells obtained by gentle scraping of the cervix with a special curved wooden or plastic scraping tool, or a tiny brush. In order to visualize the cervix, the patient needs to lie on her back with the legs spread apart a little so that a speculum can be used to stretch the vagina very gently.

The speculum brings the cervix into view at the top of the vagina, in most cases, and the spatula is used to scrape it lightly. The cells in the scraped sample are then fixed in a preservative solution after being spread on a slide, or deposited in a special cytology liquid, and sent for examination. The procedure is typically painless and brief.

A few precautions must be taken before the test is done. Douching, sexual intercourse, and the use of vaginal tampons, foams, and creams, are all to be avoided for 24 hours prior to a pap smear, as these events may disturb the cervical epithelium.

Recent testing technology includes liquid-based cervical cytology. This makes testing easier because both HPV and suspicious cervical cell changes can be tested with the same specimen.

A negative pap smear indicates that no cells with signs of cancerous changes were found on examination. The test is not foolproof; however, repeating the test at regular intervals means that almost all cancers of the cervix will be identified, as they are mostly slow-growing tumors.

In addition to a negative result, additional results of a pap smear test can include: