Amazing Vagina Facts: You Should Know

Dr Rohit Bhaskar, Physio June 01, 2022
The vagina is a fascinating body part—what it looks like, how it smells, even how it changes over time. Chances are, there are probably a lot of vagina facts that you don't know, so we tapped top experts to find out the most amazing—and important—things every woman should know about her vagina. 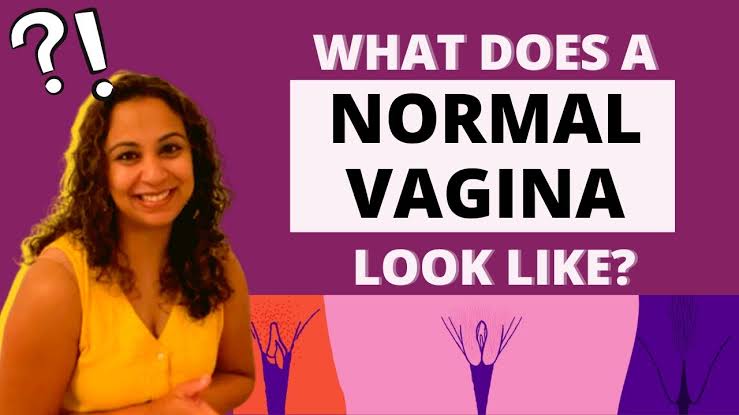 Read on for 25 amazing vulva and vagina facts.

1. The vagina is not the same things as the vulva.

"Vagina" refers to the muscular, elastic canal that extends from your cervix to your hymen, explain  Anna Druet and Anne Högemann, research scientists who worked together at Clue, the period-tracking app. Many use the term “vagina” colloquially to encompass all parts of the female genitalia, but technically, if you're referring to any of stuff you can see—including the clitoris, urethra, the labia majora and minora (outer and inner vaginal lips, respectively), and the pubis—the correct term is "vulva."

2. Labias come in all shapes and sizes.

The color of your vulva may not be the same color as the rest of your skin—and for many women, it's darker. Normal labia color ranges from pink to red to brown to purplish. All are totally normal. During sexual arousal, the color of your labia can temporarily deepen as blood rushes to the area.

The “clitoral complex” is much more than just the small bean-shaped hot spot that sits at the apex of your labia minora. “The majority of the clitoris—about four fifths of it—is submerged in the body, encircling the vagina,” Nan Wise, Ph.D., a neuroscientist, an ASSECT-certified sex therapist and author of Why Good Sex Matters, previously told Glamour in her column Ask Dr. Nan. “When we include the internal parts of the clitoris, it measures roughly the same length as the average flaccid penis: 3.5 inches.”

5. The clitoris also has a lot in common with the penis.

"It has the prepuce, the glans, and the frenulum, just like the penis," says Sharon Gerber, M.D., ob-gyn, and fellow in family planning at the Icahn School of Medicine at Mount Sinai. While smaller in size than the penis, the clitoris actually has twice as many nerve endings—the clitoris has 8,000 nerve endings while the entire penis has just 4,000. It's the highest concentration of nerve endings in the entire human body.

6. Your hymen is not an indicator of "virginity."

The hymen, a thin fold of mucous membrane around the vaginal opening, has long been thought of as a sign of purity. This is complete BS. According to the World Health Organization, there is no test—including the presence of an intact hymen—that can indicate whether a woman has had sex. They hymen can break in a variety of ways like riding your bike or playing sports—and when it does, it's totally normal.

7. Not all women have vaginas and not all people with vaginas are women.

Genitalia does not equal gender. Many people identify as women were't born with vaginas and likewise, many people who identify as men do have vaginas (and periods).

8. Your vagina can change in size and shape when you're turned on.

It's called "vaginal tenting" and it's totally normal. The vagina averages around three to four inches in length, say Högemann and Druet, though it can be more or less. "But during arousal it gets more relaxed and wider," they add. "The uterus is pulled upward, which changes the position of the cervix, allowing the vagina to become longer," they say, which ultimately is the readying of the body for intercourse.

The shapeshifting that can happen to your vagina is dynamic. In fact, the inner two thirds of the vagina act differently from the outer third, accordin to Högemann and Druet: Only the inners lengthen.

10. No two vaginas smell the same.

Every woman smells slightly different thanks to her diet, the fabric she wears, her gland secretions, level of hygiene and her personal blend of internal bacteria. Your smell might change slightly and can even get a little funky after a workout or during your period. If it doesn't go back to normal after you hit the showers, or if you notice a fishy odor, talk to your doctor as that can be a sign of infection.

13. Your pubes have a purpose.

Before you make the shave (or go full-on with laser hair removal or waxing), know that pubic hair has a job. "It serves as a protective barrier to genital tissues, particularly the sensitive vaginal opening," says Dr. Gerber. "As well as providing a protective barrier, it also acts as a buffer against friction. Shaving can leave tiny—and easily microscopic—wounds on the skin, temporarily rising one's risk of infection."
Hygienic waxing facilities are fine, and may be better than shaving. However, be careful of waxing if you’re on medications containing isotretinoin because it can cause wax to more easily burn the skin.

14. Like any body hair, everyone's pubic hair is different.

Pubic hair, which shows up around puberty, is perfectly normal—whether it grows only on your vulva or onto your inner thighs or even lower abdomen. It can be course or thin, curly or straight.
The color also varies and may not match your other body hair. And yes, it will eventually go gray.

16. Discharge is usually normal, but not always.

The quality and quantity of your cervical fluid changes throughout your cycle—it's a response to the hormonal transitions that prepare your body for ovulation, explain Högemann and Druet. "Cervical fluid starts opaque, whitish, and creamy in your early follicular phase—around the start of your cycle," they say. "It increases in quantity, wetness, transparency, and stretchiness as you approach ovulation. Cervical fluid reaches peak characteristics of fertility around the day of ovulation, which include a wet, clear, and stretchy texture." (You can actually stretch it between your fingers, if you want to try.)
You should call your doctor, though, if you're seeing any type of atypical characteristic in your discharge. These can often be due to infection, but can also be allergic reactions, even to a medication you're taking. If there's a change in texture—think chunky or foamy—a foul smell, or an off color (like green), head to a pro to see what's going on. If there's burning or itching in addition to the change in discharge, those could be indicators of an infection.

17. Your vagina is perfectly pH balanced.

Vaginas have an acid environment with a pH level of 4.5, which allows sperm to swim and survive once inside. If you use soap, it can interfere with the vagina's natural flora, which can upset the body's pH balance and cause yeast infections. In other words, don't use soap anywhere beyond your outermost labia, where your pubic hair grows.

18. Your vagina is self-cleaning.

The lining of the vagina is made up of various glands that release fluids designed to cleanse and lubricate the vagina. That's why Dr. Gerber is strongly against the use of any kind of douche. "The benefits of douching are practically nil and can be harmful," she says. Douching, which is the rinsing of the vagina with vinegar or an antiseptic with the aid of a douche bag, can increase the risk of vaginal and pelvic infection by altering the pH and ridding the vagina of important healthy bacteria. "Research shows a link between douching and increasing the risk of bacterial vaginosis, pelvic inflammatory infections, and ectopic pregnancy," she adds.

19. Your vagina does change, especially after childbirth.

Many women have questions about sex after birth, which is normal considering how much changes. From an anatomical perspective, "the cervical opening may change slightly in appearance—from a dot to more of a curve—but it is still closed and fulfills the same purpose," Druet and Högemann say. While vaginal tissue stretches during labor, it should return to its same size without much intervention.

20. After birth, vaginas need a rest.

Whether your have a vaginal birth or a C-section, doctors advise women to avoid penetration for six weeks after giving birth, as the vagina needs that time to heal.

"Everyone should be doing Kegel exercises. And definitely after childbirth," once they have a doctor's clearance, Dr. Gerber says. To properly locate the muscles, she suggests a technique one of her mentors taught her: "Pretend that you're in an elevator, and you need to pass gas, but your trying to prevent it." That way, you'll activate all of the muscles in the pelvic floor, she says.

22. Your cervix and your vagina can tear.

During a vaginal birth, tears do happen. In fact, most women who deliver this way do experience cervical tears (which are stitched up by your doctor if they're significant). The good news is, the vagina is good at repairing itself—tears usually heal well by six weeks postpartum. (Less than 5% of the time, women experience more serious tears that can cause bowel or bladder incontinence and may require pelvic floor physical therapy.)

Ever tried to insert a tampon and felt like you're hitting a wall? It's because you are. The vaginal canal rests at an angle in your body, so rather than inserting up and in, point the direction of the tampon toward your back for easier insertion.

The word "vagina" dates back to the 17th century. In Latin, it means "sheath." Makes sense, no?

Especially if you shave or wax your pubic hair, the occasional ingrown hair on your vulva isn't something to lose sleep over. You can also get pimples and harmless cysts on your lady bits.
Call your gyno when a bump doesn't go away after a few days, or is accompanied by itching or burning.
Tags
Surprising
Related Article