Dr Rohit Bhaskar, Physio June 15, 2022
Yes, you read it right; for the first time in medical history, a small group of rectal cancer patients in a clinical trial (ClinicalTrials.gov number, NCT04165772) conducted by Memorial Sloan Kettering Cancer Center, Manhattan, New York, experienced a miraculous escape from the horrendous disease during the entire trial by using Dostarlimab (an anti–PD-1 monoclonal antibody) that was given to a group of 12 colorectal cancer patients for six months, and all of them recovered fully. 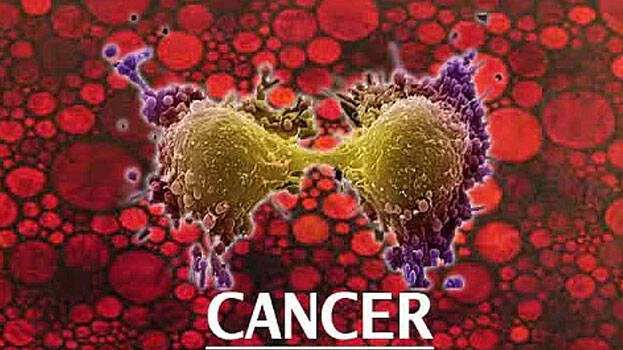 One of the patients enrolled in the study was of Indian origin. All of the individuals were subjected to a series of medical tests, including a physical examination, endoscopy, bioscopy, PET scans, and MRI scans.
This clinical trial was published by a team of 32 researchers on June 5, 2022, in one of the most prestigious medical journals “New England Journal of Medicine.
The study’s original goal was to see if TSR-042 (commonly known as Dostarlimab), in combination with routine chemoradiotherapy and surgery, is an effective treatment for advanced mismatch repair-deficient stage II or III rectal adenocarcinoma.
The medical trial was funded by the Simon and Eve Colin Foundation, GlaxoSmithKline, Stand Up to Cancer, Swim Across America, and the National Cancer Institute of the National Institutes of Health. No patients had received chemoradiotherapy or surgery at the time of publishing (June 5, 2022), and no incidences of progression or recurrence had been documented during follow-up that lasted from 6 to 25 months.
The question of why these patients decided to participate in this medical trial might be asked.
The answer is simple: these 12 participants had undergone a myriad of anticancer therapies like chemotherapy, radiation therapy, surgeries, and others along with their side effects, which had eventually become a source of pain and melancholy for them, rendering them hopeless.
With the consequences of these anticancer medicines in mind, they enrolled in a clinical study for the miracle medication Dostarlimab, which gave them hope of eudemonia.
Not only that, but none of the participants in this experiment reported any major serious side effects, therefore the results of this clinical research are causing a stir in the medical profession, social media, and media outlets.
Dr. Andrea Cercek, a co-author of the paper and an oncologist at the Memorial Sloan Kettering Cancer Centre in New York, explained to CNN that “Dostarlimab works by unlocking the body’s natural immune system to fight cancer. When we give immunotherapy like with dostarlimab, it ramps up the immune system so that it sees cancer and gets rid of it,” she added. “What’s remarkable here is that it eliminated cancer. The tumours just vanished.”
The whole medical community owes a debt of gratitude to her cancer research team for offering new hope to cancer patients and for investigating this miracle medication for future therapeutic use and study.
Talking of the cancer status, as per WHO almost 10 million people had died of different types of cancers in 2020 which means in every 6th person who died in 2020 one was suffering from cancer. In the same year, there were 2.26 million new breast cancer cases, 2.21 million new lung cancer cases, and 1.93 million new colorectal cancer cases.
In developing countries like India, the number of persons diagnosed with colon cancer is on the rise, and the World Health Organisation forecasts that by 2035, rectal cancer would have climbed by 80%. Colon cancers in Jammu and Kashmir manifest differently than in Western nations, owing to a lack of awareness and nationwide screening. Furthermore, it is a cause for considerable worry today that the younger population in J&K is more afflicted and cancer is identified in the later stages of the disease. In 2011, SKIMS (Shere Kashmir Institute of Medical Sciences, Soura Srinagar) conducted a study that indicated that around 4 people out of every 1 lakh are affected by colon cancer, with males and females experiencing the same rate of occurrence. Furthermore, Srinagar was found to have the largest number of colon cancer patients, whereas Kupwara had the lowest. Colon cancer is the most frequent cancer in women and the second most common cancer in men, according to a recent study published in 2019 by Government Medical College (GMC Srinagar). Among the risk factors discovered include a high-red meat diet, cuisine cooked over a high flame, a processed diet, a lack of exercise, and persistent smokers. J&K is swiftly emerging as the smoking hub of north India, and it may be described as a smoker’s paradise, with cigarette smoking prevalence about double the national average of 5.7 percent. J&K has 12 percent cigarette smokers, 3.8 percent bidi smokers, and 8 percent smokeless (chewable) tobacco users and tobacco is a risk for heart attacks, strokes, COPD, cancers, hypertension, and peripheral vascular disease. Lung cancer, colon, esophagus, stomach, breast, and brain cancers, non-lymphoma, hodgkin’s lymphoma, gastro-esophageal cancer, ovary cancer, and skin cancers including Kangri cancer are among the top 10 malignancies afflicting the Valley, according to specialists.
Currently, colorectal malignancies are treated with a combination of immunotherapy, chemotherapy, surgery, and radiation treatment. These treatments can be used alone or in conjunction with one another. These therapeutic regimens have been linked to side effects and significant consequences such as infertility, gastro-intestinal issues, urinary difficulties, and treatment-refractory illness, according to studies. As a result of the effective medical treatment of rectal cancer with Dostarlimab, it is emphasized that therapeutic research trials across India, including Jammu and Kashmir, be initiated. The US Food and Drug Administration (FDA) gave expedited clearance to this drug on August 17, 2021, for the treatment of solid tumors for which there were no suitable alternative treatment choices. A single dosage of Dostarlimab @ 500 mg is given every three weeks for six months as part of the therapeutic regimen (nine cycles).

Optimism still needs to be ‘guarded’

Although the therapy appears to be promising, a scientifically placebo-controlled, randomized clinical study is urgently needed to further demonstrate the drug’s cancer-curing potential. The treatment’s limiting aspect is that each dose costs $11,000 or almost Rs 8.55 lakh each dose, adding up to 30 lakhs over six months, which most patients cannot afford. Furthermore, the clinical trial had a limited number of patients, and the observation duration was short, spanning from 6 to 25 months. To advocate its broad usage, a double-blind randomised clinical trial with a high sample size of patients should be undertaken, and these patients should be followed for an extended length of time. Furthermore, because the disease resurfaces in different ways at different times, these measures must be taken into account. Furthermore, because the study was done in western patients, there is an urgent need to undertake research around the globe, as genes differ greatly in patients from different areas of the world and ethnic groups. In addition, the medicine received emergency FDA approval, implying that Phase III trials of the test drug were not undertaken. Although clinical trials need a certain amount of scepticism, new medical breakthroughs can extend the lives and improve the quality of life of cancer patients in advanced stages. Furthermore, the research gives patients hope and eliminates the need for unpleasant operations.
Tags
Research
Related Article