Is Daily Sex Healthy? How Much Sex Is Too Much?

Sex: Ever Googled it?

From searches about the potential health benefits of sexual activity to why you or a partner may feel pain during or after sex, you probably have Googled something about sex. But did you get the answers that you needed? USA TODAY asked experts to answer six commonly searched questions on Google about sex.

Some of the answers differ depending on a person's gender, age, sexual orientation and a host of other factors. Answers may also change based on the kind of sexual activity people are engaging in with a partner.

Here's what you need to know. 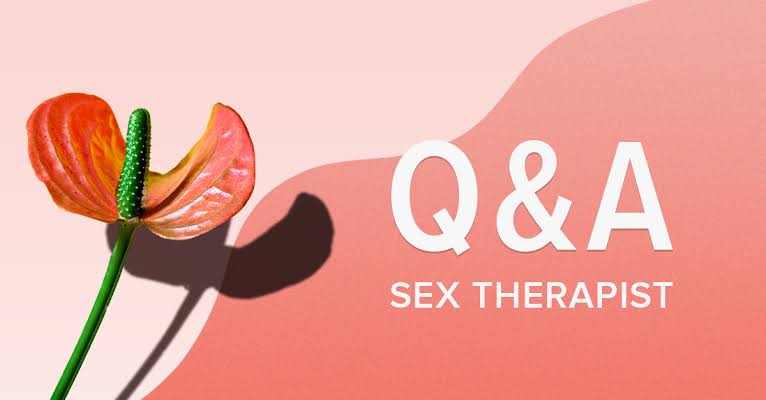 Is it healthy to have sex?

Dr. Jewel Kling, chair of the division of women’s health internal medicine at Mayo Clinic Arizona, told us that “sexual health is an important part of health.”

Research has shown that sex can boost chemicals in your brain that promote feelings of happiness and lower feelings of pain and stress, among other health benefits, according to multiple reports.

A study in the Journal of Epidemiology and Community Health found sex may be associated with reducing risk for heart disease, and research in the British Journal of Cancer found it may reduce the risk of cancer.

And sexual activity can release endorphins to support a feeling of intimacy and closeness between partners.

Justin Garcia, executive director of the Kinsey Institute, told USA TODAY that engaging in sexual activity can be healthy “for the most part, but not always.”

If you are a survivor of sexual assault, RAINN offers support through the National Sexual Assault Hotline (800-656-HOPE and online.rainn.org).

The amount you and a partner have sex is “really just a matter of – are you and your partner satisfied?” Garcia explained.

But he said some research has shown that “there's a kind of a tipping point, and once you have sex about two times a week, you kind of get the net benefit out of it for relationships.”

“So, is having regular sex healthy? Yes. Is it good for your health? Yes. But there's this sort of a ceiling effect that you get," Garcia said. "Once you go from two days to every day, it's really not that much of a difference in a lot of the data.”

Kling noted that “There's no guideline or recommendation that recommends somebody have sex daily.”

"It's just really an individualized, kind of personal choice, what makes sense for each human being," she said. "And if they’re happy with how much or how little sex they're having, then that's great.”

What should you do after sex?

Kling explained that for people having penetrative intercourse who are "at risk for post-coital or after intercourse urinary tract infections, it has been recommended to use the restroom.”

“But really beyond that, there's not anything specific,” she said.

All people may want to pee after sexual activity to help avoid the risk of a urinary tract infection, though people with penises do not typically get "post-sex UTIs," according to the Cleveland Clinic. However, they can get UTIs while experiencing an enlarged prostate or kidney stones.

Why do I feel pain during sex?

You should not feel pain during sex, Kling said.

“That is abnormal. So if somebody is experiencing pain during intercourse or during sex, then getting that evaluated, usually by their physician or advanced practitioner would be recommended,” she said.

"Many times a specific cause can be determined, and then there's many different types of treatment, sometimes using medications, sometimes working with pelvic floor physical therapists and other options to help with the pain," Kling added, noting that people going through menopause can also feel pain during sexual activity for a slate of reasons.

Different people have different causes for pain during sex, from medical conditions to how you actually engage in sexual activity.

“There's a lot of different causes,” Garcia said. “Some of them are pathological, or anatomical issues. Some are medical conditions that can be treated. Others are quite hard to figure out.”

Pain can also be linked to “your state of arousal, what type of condoms or lubricants you use, anatomical fit. There's all sorts of factors,” Garcia said.

“If you are experiencing sexual pain, one thing to think about is OK, are you engaging in foreplay? Are you aroused enough? Are you lubricated?” he said.

In some cases, a person could do damage to penile tissue or the vaginal wall, he added.

Is it good to have sex while pregnant?

It can be. Sex during pregnancy also depends on a pregnant person’s health concerns or other health factors.

“Are they allowed to have sex during pregnancies?” Kling said. “The answer is yes. If that's something that they want to do.”

Garcia noted that “there's a part of me that wants to say yes, sex during pregnancy is totally safe," but he added people with high-risk pregnancies may want to talk to their doctor about possible precautions.

Sexual activity won’t affect a baby “as long as you don't have complications such as preterm labor or placenta problems,” according to the Mayo Clinic. Having sex during a pregnancy will not “provoke a miscarriage.”

Using condoms or other measures to prevent sexually transmitted infections during pregnancy is also important for the health of a pregnant person and their baby.

Is it OK to have sex during your period?

Yes, “most of the evidence would suggest that it’s medically safe to engage in sex when women have their period,” Garcia said.

“But there's a sort of, the psychological aspects of: do you care about getting blood in the sheets?” he explained.

People who menstruate should own how they’re feeling to a partner, Garcia said.

“Is it OK to do? If you enjoy the sexual activity," he said. "If it makes you feel really uncomfortable, then no, you probably shouldn't be doing it. And people should feel empowered to tell their partners that."

Kling emphasized that a person can still get pregnant or acquire a sexually transmitted infection while menstruating, so using protection such as condoms and other contraceptives can also be important.