Single Use Plastic Ban in India from July 1

Dr Rohit Bhaskar, Physio June 13, 2022
From July 1, and single-use plastic items will no longer be allowed in the country. The Central Pollution Control Board (CPCB) had earlier in the year notified producers, shopkeepers, street vendors and the general public about the ban on such items that the government considers as single-use plastic.
Single-use plastics, as the name suggests, are those plastic products that have a one-time use before they are thrown away. Often these kinds of plastic are not disposed of properly, therefore not recycled.
“Single-use plastic items -- plastic sticks used in balloons, flags, candy, ice-cream and earbuds, thermocol used in decoration, items such as plates, cups, glasses and cutlery, wrapping and packing films used in sweet boxes, invitation cards, cigarette packets, stirrers and plastic banners less than 100 microns in thickness -- are banned from July 1,” read the notification.
Plastic bags of thickness less than 120 microns will also be phased out from December 31. 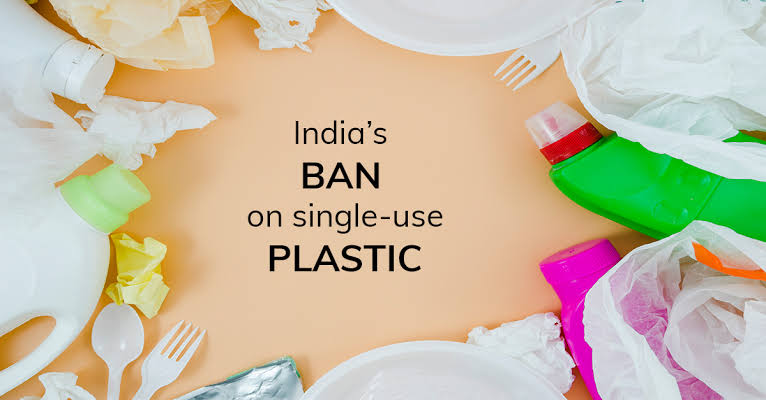 Plastic waste is one of the biggest contributors to pollution in the country. More than 34 lakh tonnes of plastic waste was generated in 2019-20 and 30.59 lakh tonnes in 2018-19 in India, according to data from the Centre.
Plastic does not decompose, and as a result, it remains in the same landfills that they have been buried in for millennia to come. At the same time, plastic cannot be burned as it releases toxic fumes and harmful gases during the process.
So, storage of the material remains the only viable solution apart from recycling. The leaching of plastic waste into the ground, water sources and more has been linked to the presence of dangerous microplastics. With a ban on such plastic items, India can hope to reduce its plastic waste generation figures.

Not an end-all measure

While the ban is a welcome measure to protect the environment, other supporting policies are needed by the government if the ban is to prove effective. Without any alternatives, users and manufacturers are liable to fall back on plastics. Lax enforcement of the ban can also lead to the rule only existing on paper and not de facto.
States like Himachal Pradesh and Maharashtra have instituted similar bans in the past, but the effectiveness of the notifications was only seen years later in the case of the former. Industrial pushback, especially from the FMCG industry, would also be a key factor. Additionally, the plastic industry is likely to see heavy job losses, according to the Federation of Indian Chambers of Commerce and Industry (FICCI).
Delhi’s draft environment policy has, for example, included mentions of possible alternatives to single-use plastics.
“Water should be served in disposable paper glasses or reusable glass or bamboo bottles instead of drinking water sachets (any size) and packing water bottles having a capacity of less than one litre. Instead of plastic utensils and cutlery, the ones made up of leaves or bamboo should be used. Edible cutlery made from grains, pulses and millets can be used too,” the policy read.
Awareness, enforcement and alternatives are the three supporting policies that will achieve the intended goal of completely phasing out single-use plastics in the country in a timely manner.
Tags
Bhaskar Health
Related Article