What Is Yoga? Origin, History, Significance And Theme

Dr Rohit Bhaskar June 19, 2022
International Yoga Day: Yoga refers to the act of dedicating one's consciousness to the inner soul, where one focuses on bringing peace between the mind and the body. The word ‘Yoga’ is derived from the two Sanskrit words ‘Yuj’ and ‘Yujir’. In Vedas, they have the meanings ‘to unite’, ‘to join together' or ‘connection’. The word yoga means bringing peace and harmony to one by the act of focusing. According to Patanjala, Journal of Historical and Cultural Research, yoga is a technique to keep oneself away from disturbance and away from distractions. 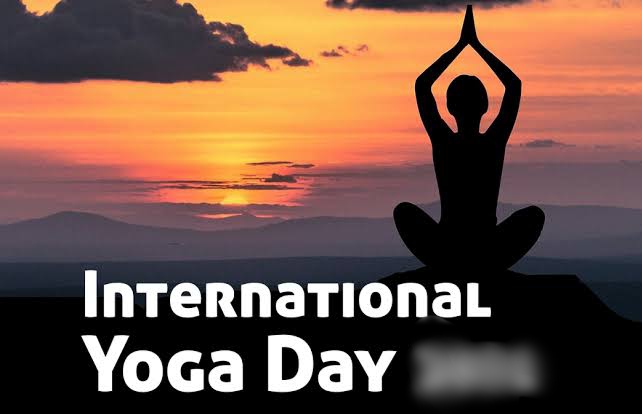 The origin of yoga is traced back thousands of years ago when no religion or religious beliefs were inherited by humans. In the Vedas, the god Shiva is portrayed as the first yogi or Adiyogi, and the first Guru or Adi Guru. The Adiyogi passed on his knowledge of yoga to the Saptarishis or "seven sages”. This powerful yogic science was carried by the seven sages to the whole world. They travelled to Asia, the Middle East, Northern Africa and South America and other parts of the world to impart their knowledge of yogic science.
In the Indian sub-continent, the culture of yoga travelled through the sages Agastya, the Saptarishi, who drew this culture into Indian traditions.
The beginnings of Yoga were developed by the Indus-Sarasvati civilization. The most renowned Yogic scriptures are the Bhagavad- Gita which was drafted around 500 B.C.E. The pre-Vedic period around 2700 B.C. has traces of Yoga.
Then, the science of yoga landed on the classical stage, which was the time period between 500 B.C. to 800 A.D. Patanjali’s Yoga- Sutras define the classical period. During this period only, the concept of Five vows – Pancha Mahavrata and Astha Magga or eightfold path came into existence.
Then, in the post-classical era, yogic developed Tantra yoga, which cleanses the body and the mind to help us break the knot which ties our inner soul to our physical existence.
The modern period of yogic science began in the late 1800s and early 1900s. This period saw the contribution of various yogis to the development of Raja Yoga.
Yoga is practised all over the world in contemporary times, to promote health and development of body and soul.

The 8th edition of International Day of Yoga (IDY) will be celebrated with the theme “Yoga for Humanity”. The theme for this year’s IDY was selected after much deliberation and consultation. The theme “Yoga for Humanity” portrays how during the peak of the COVID-19 pandemic yoga served humanity in alleviating the suffering.
Tags
Yoga
Related Article