Candida auris (C. auris): Everything You Need to Know

Dr Rohit Bhaskar February 24, 2022
Candida is a family of fungi or yeasts that can survive on the skin and inside the body. Candidiasis is the term used to describe an infection with Candida. Candidiasis, specifically the species Candida albicans, can cause infections such as oral or vaginal thrush. Candidiasis is the most common cause of fungal infection worldwide. 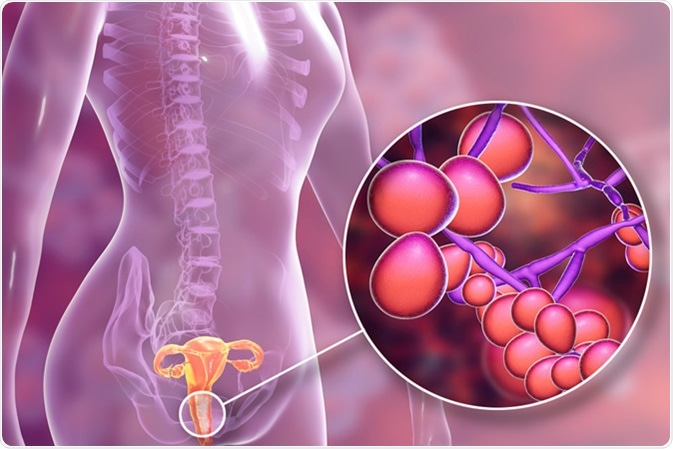 There are approximately 60 different species in the Candida family, and many species are harmless. However, if the fungus breaches mucosal barriers, or if a person has a compromised immune system, more serious infections can develop.

C. auris gets its name from the Latin word auris for ear. Despite its name suggesting the infection only affects the ears, C. auris can affect many other regions of the body.

The majority of reports were on patients with candidemia,  with other conditions including chronic otitis media (a group of inflammatory diseases affecting the middle ear) or otitis externa (inflammation of the external ear canal), and other infections including candiduria (urinary tract infection with the Candida species), or infections of wounds and soft tissues.

How is C. auris spread?

The spread of C. auris is not fully understood, and people may carry this organism without experiencing any symptoms or becoming ill. It is possible that C. auris is spread from person to person in hospitals, as it is hard to eliminate this fungus entirely from an environment. Thus C. auris can easily be transmitted through one’s hands, clothes, and equipment.

In clinical settings, Candida albicans is the most frequently detected Candida species. It is thought that environmental factors may play a role in the outbreaks of C. auris in clinical settings such as hospitals. In addition, d its resistance to many antifungal drugs may owe its emergence to the misuse of these drugs.

C. auris was first detected back in 1996, but it is unknown whether the yeast existed before this time, or whether it merely remained unidentified until this time.

Since then, the incidence of C. auris has increased, and is a distinct cause for concern in clinical settings, with patients in intensive care units being at highest risk of infection.

C. auris is often misidentified due to its similarity to Candida haemulonii and  Rhodotorula glutinis, further complicating its accurate and efficient detection.

Laboratory tests have shown that C. auris, like other Candida species, survives for up to 7 days on both moist and dry surfaces. This is a particular concern for hospital and other medical facilities, as Candida species have been frequently found to contaminate moist surfaces in hospital environments.

C. auris is unique with respect to other species of Candida as it is has many genes that help it to adapt to different environments. It is also known to have virulence attributes which help it establish itself in the hosts.

A greater challenge with C. auris is its intrinsic resistance to many human antifungal medications including azoles and echinocandins. Invasive infections with any Candida species may kill, but whether C. auris is more likely to cause death is not yet known.

Data from the few cases available shows that death occurred in between 30% and 60% of people with C.  auris infection. However, it is important to note that a number of these patients had concurrent, serious health conditions that may have contributed to their deaths.

No gender bias has been observed so far, and it may affect any age group.

Travel to countries in which C. auris cases have been reported is not thought to increase the risk of contracting this infection. However, hospitalizations in these countries may increase such risk.

Some warning signs of potential C. auris infection include:

If a patient is already in hospital for another illness, these symptoms may not be recognized as the result of a C. auris infection. The symptoms may differ depending on which part of the body is infected.

C. auris infections are diagnosed by a cultures of blood or other tissue fluids, and special laboratory tests are needed to identify this organism selectively, to ensure it is not misidentified as another species in the Candida family. Swabs may also be taken from different areas of the body to diagnose infection.

Over 90% of infections with C. auris respond to echocandin therapy, but not infections of the central nervous system or the urinary tract. As C. auris is sometimes resistant to many antifungals, it is sometimes necessary to treat the infection with multiple classes of antifungals at high dosage.

Preventing the spread of C. auris

Some important steps to limit the spread of C. auris infection include maintaining high levels of hygiene, hand-washing practices and the use of alcohol-based hand gels before and after coming into contact with patients and/or the equipment and other items around their bed. All health staff should wear protective gloves and aprons when looking after infected patients or carriers of C. auris. Visitors to hospitals who help care for infected patients should also wear protective gowns, gloves, or aprons to reduce the risk of transmitting this infection to patients.

Screening for patients who may be carrying C. auris helps to isolate carriers and infected patients from others to limit spread. Healthcare professionals should be vigilant to maintain hygiene in the clinical environment when patients are diagnosed with a C. auris infection, or if they are thought to be carriers.

Patients should not touch broken skin, wounds, or dressings, and should wash their hands after using the toilet and before eating any food item.

Antiseptic shampoo and body washes may be used by C. auris carriers to eliminate the germs from their hair and skin.

C. auris is a potentially life-threatening infection that is becoming increasingly common in hospitals and other clinical environments. Practising good hygiene and isolating patients with the infection can limit its spread. It can cause serious complications in those with weakened immunity. Although there is little data on who is most susceptible to Candida auris infections, those who have recently been in hospital or in nursing homes, those who have been treated with antibiotics or antifungals already, and individuals who have diabetes, are thought to be at a higher risk than others.

C. auris has been identified as a new global pathogen and more research is needed into how it spreads to prevent the fungus from infecting large numbers of people.