Catamenial epilepsy is a form of seizure disorder that occurs in women with the frequency of the seizures related to the time of the menstrual cycle. Its name comes from the Greek word “katomenios”, meaning “monthly”. It seems to be caused by fluctuations in the level of estrogen and progesterone. It makes up about 10% to 70% of epileptic disorders in women of reproductive age. 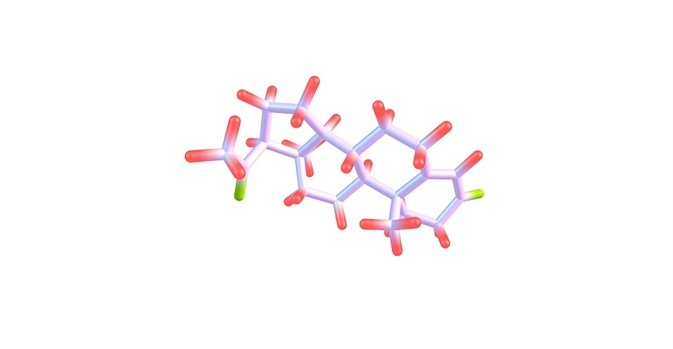 Catamenial epilepsy is thought to be a result of the actions of the female steroid hormones on the central nervous system. These hormones are primarily estrogen and progesterone, produced by the ovaries in women of reproductive age, or their derivatives, and their levels fluctuate in a more or less constant pattern throughout the various phases of the cycle.

Three types of catamenial seizure have been distinguished by Herzog based on whether the highest seizure frequency is during the perimenstrual, periovulatory and inadequate luteal phases of the cycle.  The hormone levels depend upon the occurrence of ovulation during the cycle.

Both estrogen and progesterone affect neuronal development as well as learning by modifying neurotransmitter synthesis and release, while estrogen has been shown to produce seizures subject to a number of variables including age, gender, receptor distribution and type of estrogen used as the stimulus.

On the other hand, a rapid decrease in progesterone levels such as that which occurs during the perimenstrual period is also known to increase seizure frequency. However, experimental evidence that progesterone decreases neuronal excitability and inhibits seizures is still lacking.

Other metabolites of these steroids such as allopregnanolone and pregnanolone are more associated with neuronal activity and are called neurosteroids. They act on GABA receptors and may thus reduce the seizure threshold.

In ovulatory cycles, the estrogen levels are high just before ovulation, while the ratio of estrogen to progesterone goes up during the premenstrual period. These events are linked to a higher seizure frequency at these times. In contrast, the middle of the luteal phase is associated with the lowest seizure frequency probably because the estrogen: progesterone ratio is lowest at this time.

On the other hand, during anovulatory cycles, the luteal phase is characterized by an inadequate rise in progesterone levels leading to a very high estrogen: progesterone ratio during the premenstrual phase, associated with a rise in seizures at this time.

The increased length of anovulatory cycles may lead to non-recognition of this form as catamenial in nature, especially as normal healthy women experience anovulation for about 10% of the time in an irregular fashion.

It is significant that in women with temporal lobe epilepsy, especially of the left brain, this percentage is increased to about 35% or over a third of the time. Thus, the timing of the greatest percentage of seizures does not always correlate with expected hormone levels due to the unpredictable occurrence of anovulation in healthy women.

Keeping a seizure and menstrual diary can help in making the diagnosis especially by helping to see the relation between different cycles of varying length and the timing of the seizure. Anovulation is more likely to be a trigger in catamenial epilepsy and thus both types of cycles must be observed, if present in the same woman, to distinguish the correlation.

The treatment of catamenial epilepsy is unspecified as of now. Both hormonal and nonhormonal therapy has been used. Most conventional drugs fail to control the seizures or mitigate their frequency in these women, leading to its being termed pharmacoresistant.

Hormonal therapy including progesterone or its metabolites, or estrogen antagonists, are mostly used in combination with conventional anti-seizure drugs. These are associated with a significant decrease in seizure frequency by up to 72%.

Gonadotropin-releasing hormone analogs are used in perimenstrual catamenial epilepsy which does not respond to other treatments, to reduce estrogen production via lowering of luteinizing hormone levels.

Antiepileptic drugs have been used, but consideration should be given to the effects of these drugs on bone density in postmenopausal women. This is because many of them (valproate, phenytoin, carbamazepine) are cytochrome P450 inducers, which may lead to faster metabolism of vitamin D and bone loss in these women.

Nonhormonal drugs including acetazolamide are also prescribed in intermittent fashion at the time of greatest seizure risk. Cyclical benzodiazepine therapy has been tried on an intermittent dosage basis for long-term control.

Clomiphene and ganaxolone are among other therapies that are sometimes attempted in these cases. More research is needed to identify the most effective protocol for management of catamenial epilepsy.