People have investigated brain stimulation since very early times, in ancient Rome torpedo fish were applied to the heads of some patients to relieve headaches, for instance, by their electrical currents. In 1802, Aldini of Italy applied electrical current to the exposed cortex of the human brain and attempted also to treat melancholia with a voltaic pile. 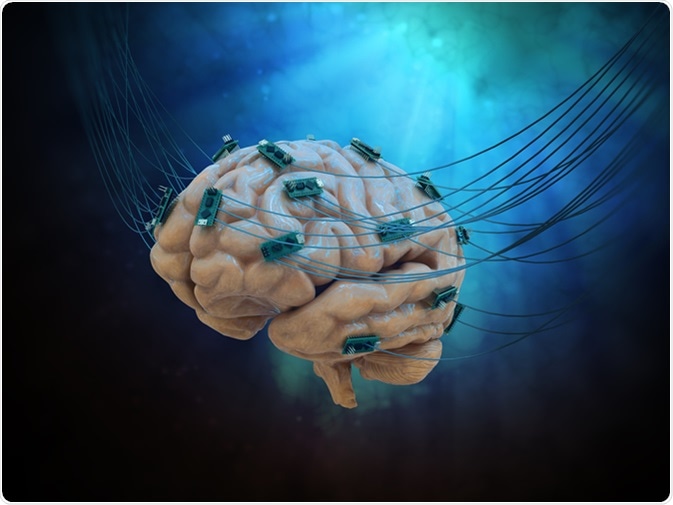 The voltaic pile led to accelerated interest in electrical brain stimulation to treat various disorders, including mental illness. The results were not always encouraging, of course, and it wasn’t until much later, in the middle of the 20th century, that direct current stimulation was used to alter the excitable patterns of the brain. This led to increased interest in using direct current to treat mania or depression. There was a brief upsurge in the use of electroconvulsive therapy to treat schizophrenia and other mental illnesses, but it came to an end in the last decade of the 20th century. Electrical stimulation of the brain became stigmatized and drug therapy took center stage as far as psychiatric treatment was concerned.

Recently, interest has arisen in electrical stimulation of the brain because of the finding that weak transcranial direct current stimulation (tDCS) of the brain produced changes in polarization and excitable thresholds of the neurons, which lasted long beyond the period of stimulation. This has led many to investigate the nature of the changes and the potential applications of this technique to major depressive disorder, schizophrenia, obsessive-compulsive disorder and other disorders of the mind with a basis in brain functioning.

The way in which the current acts depends upon the polarity and the orientation of the cells. Anodal tDCS produces an inflow of current directed inwardly, which hyperpolarizes the apical dendrites of neurons in the pyramidal cortex, but depolarizes those of the somatic areas. Cathodal tDCS on the other hand leads to the reverse effect. The third factor determining the effect of the current is its dose. The strength of the electrical stimulation may lie between 0.5 and 2 mA, its duration is between 5-40 minutes, and the electrode size ranges from 3-100 cm. By altering these variables, it is possible to regulate the current density and total charge, but it may still be difficult to exactly quantify the total current delivered to the brain because of other factors outside the experimental field, such as scalp and cranial impedance.The technique of tDCS depends upon non-invasive stimulation of the brain through the skull, by a small constant current applied through scalp electrodes to the head. This leads to currents flowing through the superficial cortex. The strength of the current is so low that it does not directly cause an action potential in the brain neurons, and so instead regulates the excitability of the brain by making them more or less refractory to other endogenous stimulation according to the polarity of the electrodes. Anodal current is generally stimulatory by inducing increased excitability, but cathodal current reduces it. The effect of a single stimulus lasts for 30-120 minutes.

The electrodes are placed in accordance with the international Electroencephalogram

System, so that one is on the scalp (the active electrode) and the other on the scalp (bipolar or bicephalic placement) or another part of the body, most commonly the upper arm or the shoulder (termed unipolar or monocephalic placement). The current traces a path from the anode, scalp, cranium, cortex, subcortical region, and cathode, stimulating not only the cortex but deeper structures, both in the deep brain and in the midbrain and spinal cord if unipolar placement is adopted. Secondly, the area stimulated is not confined to that near the electrodes because the current flows into adjoining regions in between and around the electrodes.

Electrical stimulation with tDCS seems to produce a two-way modification of post-synaptic neuronal connections which results in the same effects as long-term potentiation or long-term depression of cortical excitability does. This is mediated through NMDA receptors. Glutamate antagonists prevent these long-term effects, while NMDAR agonists increase theiramplitude. Work is still going on as to whether repetitive tDCS could cause a more prolonged alteration of behavior. The stimulation has been found to change motor and emotional functioning, as well as sensory, attention-related, and cognitive responses. It is therefore likely to be useful in several psychiatric disorders. It has been found that glutamate antagonists abolish tDCS after-effects, while NMDA-agonists enhance them.

The Advantages and Disadvantages of tDCS

The technique of tDCS is easy to use, in fact, capable of application at home. It is noninvasive and inexpensive. No serious adverse effects have been noted so far. On the other hand, this very ease of use lends itself to a high potential for misuse, such as recreational use, unsupervised medical use, and unethical use as, for instance, to improve one’s attention span while studying. Its long-term effects are also not well established. Thus while the potential has long been recognized, the implementation of this technique is still not widespread pending proper regulation of its use worldwide.