A wide range of surgical techniques are used by neurosurgeons to correct specific anatomical or functional abnormalities in the brain.

Surgery may be considered for conditions which cause:

Surgical procedures which may be performed on the brain include:

Your neurosurgeon will make an informed decision on which surgical technique to use, depending on the location, size, and surrounding architecture of the brain region requiring access.

During a craniotomy, a  disc of bone (or ‘bone flap’) is removed from the skull using a high speed drill. This enables the surgeon to access the brain for surgical repair. The bone flap is then replaced and secured with plates, sutures, or wires. Small dime-sized craniotomies are called burr holes, while larger sized craniotomies are termed keyholes. The size of the craniotomy depends on the underlying condition being treated and the region of brain which requires access. 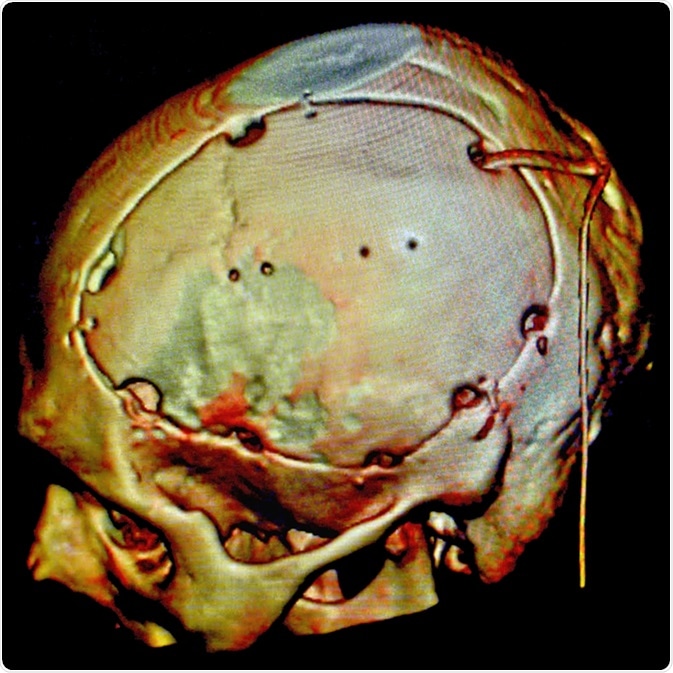 Endoscopic endonasal surgery is a minimally invasive brain surgery. A thin, flexible tube which has a light source and a camera (called an endoscope) is threaded through the nose and sinus. This enables the surgeon to access regions of the brain that are hard to reach using traditional surgical approaches which require incisions, such as the base of the skull or top of the spine. The endoscope illuminates regions of the brain so that specifically designed tools can be inserted through the nose to remove tumors or lesions.

Similar to endoscopic endonasal surgery, neuroendoscopy is also a minimally invasive technique using endoscopes. However, during neuroendoscopy, small holes (about half the size of a dime) are bored into the skull, nose, or mouth. An endoscope is then inserted by the surgeon.

A biopsy is an invasive technique that involves surgically removing a small sample of brain tissue so that it can be examined using a microscope. The sample is investigated for structural or functional abnormalities, which can help lead to the diagnosis or prognosis for a specific condition. Under general anaesthesia, a neurosurgeon will drill a small hole in the skull, then insert a thin needle to remove a small piece of tissue.

Specialised imaging techniques, including magnetic resonance imaging (MRI) and computerized tomography (CT) scans, may also be used in conjunction with craniotomies, biopsies, or endoscopic techniques. Scans are usually undertaken several days before the operation. They help the surgeon navigate to the precise area of a brain abnormality.

The previously obtained 3-dimensional brain scans are used in conjunction with images collected during surgery. They help to inform the neurosurgeon as they identify the safest way to traverse the surrounding brain, remove as much abnormal tissue as possible, and avoid damage to normal tissue. The added precision of this technique minimises damage or disruption to surrounding tissue.

Neurosurgeons may perform brain surgery while you are awake but sedated. This is called intraoperative brain mapping. This is frequently used by neurosurgeons when operating on tumors that are near critical areas of the brain (such as brain areas that control vision, language, memory, or body movements). The surgeon stimulates areas of the brain using small electrodes.

This is called cortical mapping, and helps to identify the function of brain regions surrounding the site of operation. For instance, stimulation of a motor region will cause a limb to twitch, while the sensory areas may cause a tingling feeling. This process of cortical mapping enables the neurosurgeon to operate on intricate areas of the brain with minimal risk of functional loss.